After trial, insiders say comeback will be ‘very hard’ for Amber Heard

Johnny Depp: I have ‘my life back’ after verdict decided in Amber Heard case

After humiliation in the courtroom, Amber Heard is now facing ostracism in Hollywood.

“Did Amber ever really work in Hollywood?” one Hollywood producer sniffed to Page Six.
“What else has she really been in other than the ‘Aquaman’ movie? I don’t think she was ever really a hot ticket — Johnny made her interesting.”

Known for her Hitchcock-blonde looks, Heard was hardly a household name when she hooked up with Johnny Depp on the set of “The Rum Diaries” in 2011.

Now everyone knows who she is — just not in the way she wanted.

This week, a jury found in favor of Depp after a six-week defamation trial that gripped the globe — finding Heard had acted in malice when she wrote in a 2018 Washington Post essay about having been abused, and awarding Depp $10 million in compensatory damages.

Afterward, when Depp posted a statement on social media saying the jury “gave me my life back,” celebrities who liked it included Zoe Saldana, Emma Roberts, Gemma Chan, Taika Waititi, Jennifer Aniston, Henry Golding, Riley Keough and LaKeith Stanfield. Hollywood seemed to have turned on Heard, who claimed she was a victim of domestic abuse by Depp, even before the trial was over. 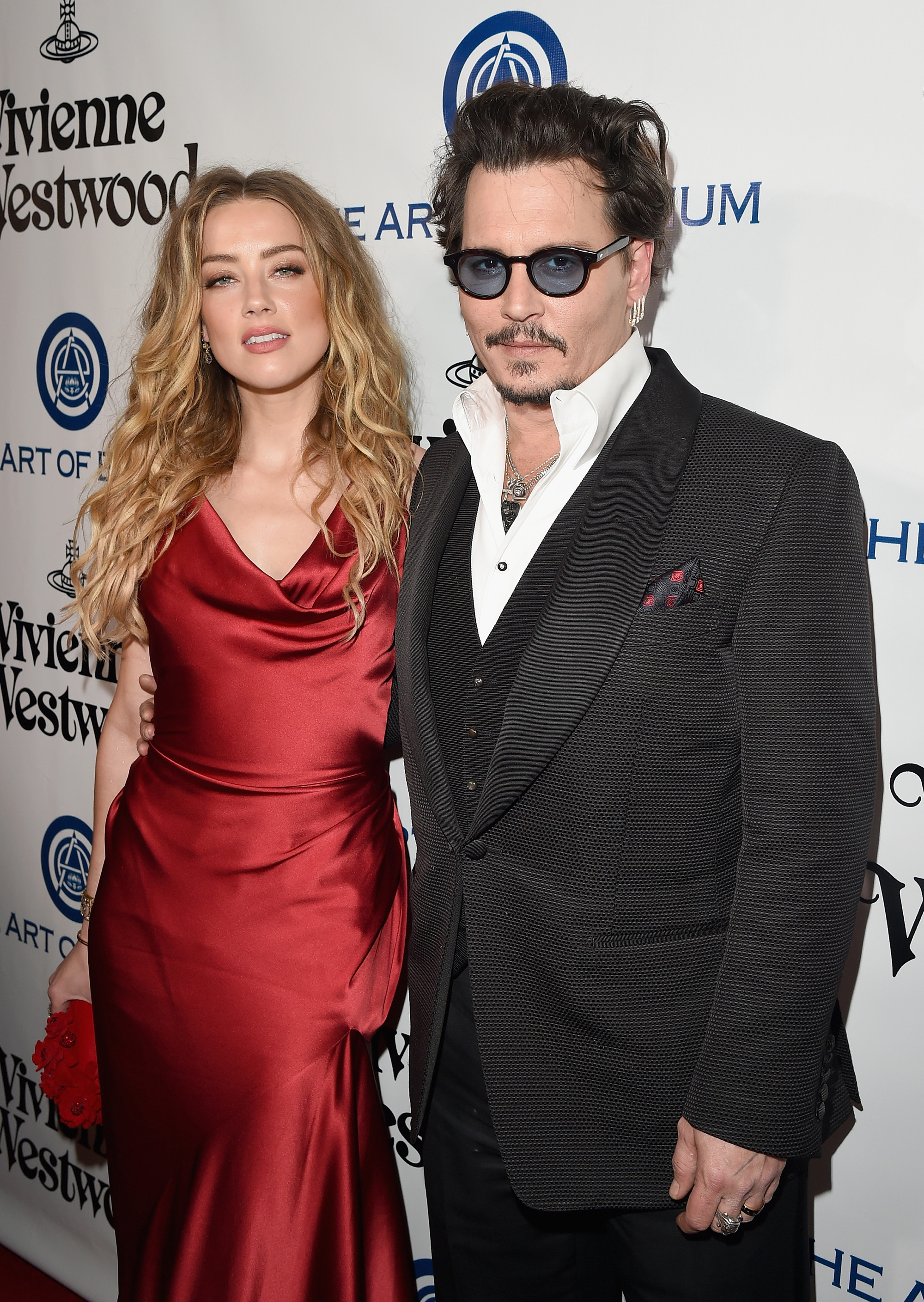 “Believe all women … except Amber Heard,” Chris Rock cracked during a May stand-up appearance.

“I have no doubt Johnny will emerge with his good name and wonderful heart revealed to the world,” Depp’s “Dark Shadows” co-star Eva Green posted to Instagram on May 19.

As for Heard making her own back back in Tinseltown, one high-placed studio source told Page Six: “I think it will be very hard for her.”

Even some people she once considered support have fallen away.

Sources told Page Six that Heard is no longer close to her former boyfriend Elon Musk. 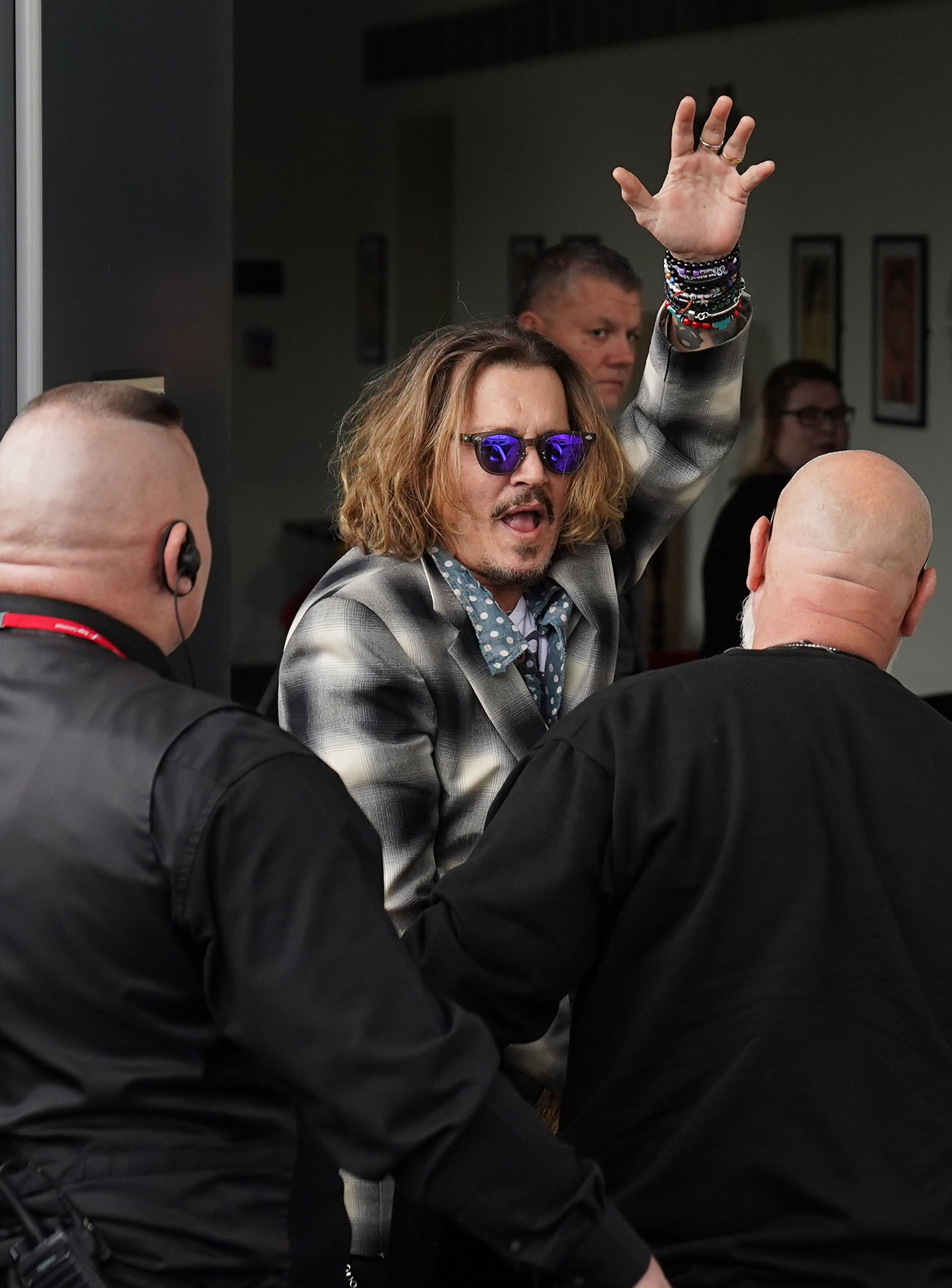 In a witness statement, Jennifer Howell, a friend of Heard’s younger sister Whitney Henriquez and her late mom Paige, said that Paige — who died in 2020, at age 63 — had told her that Musk was suing the actress over embryos they had created together.

In a statement seen by Page Six, Howell, Henriquez’s former employer at charity The Art of Elysium, claimed: “Paige told me that Amber said Elon was controlling, abusive and that she was in a legal battle with him over the rights to embryos they had created together. He wanted to destroy them, and Amber tried to keep them to have a baby.”

Heard welcomed her daughter Oonagh Paige via surrogate in April 2021. Although she has not publicly named the girl’s father, there is no evidence that it is the Tesla tycoon. Musk was unavailable for comment. 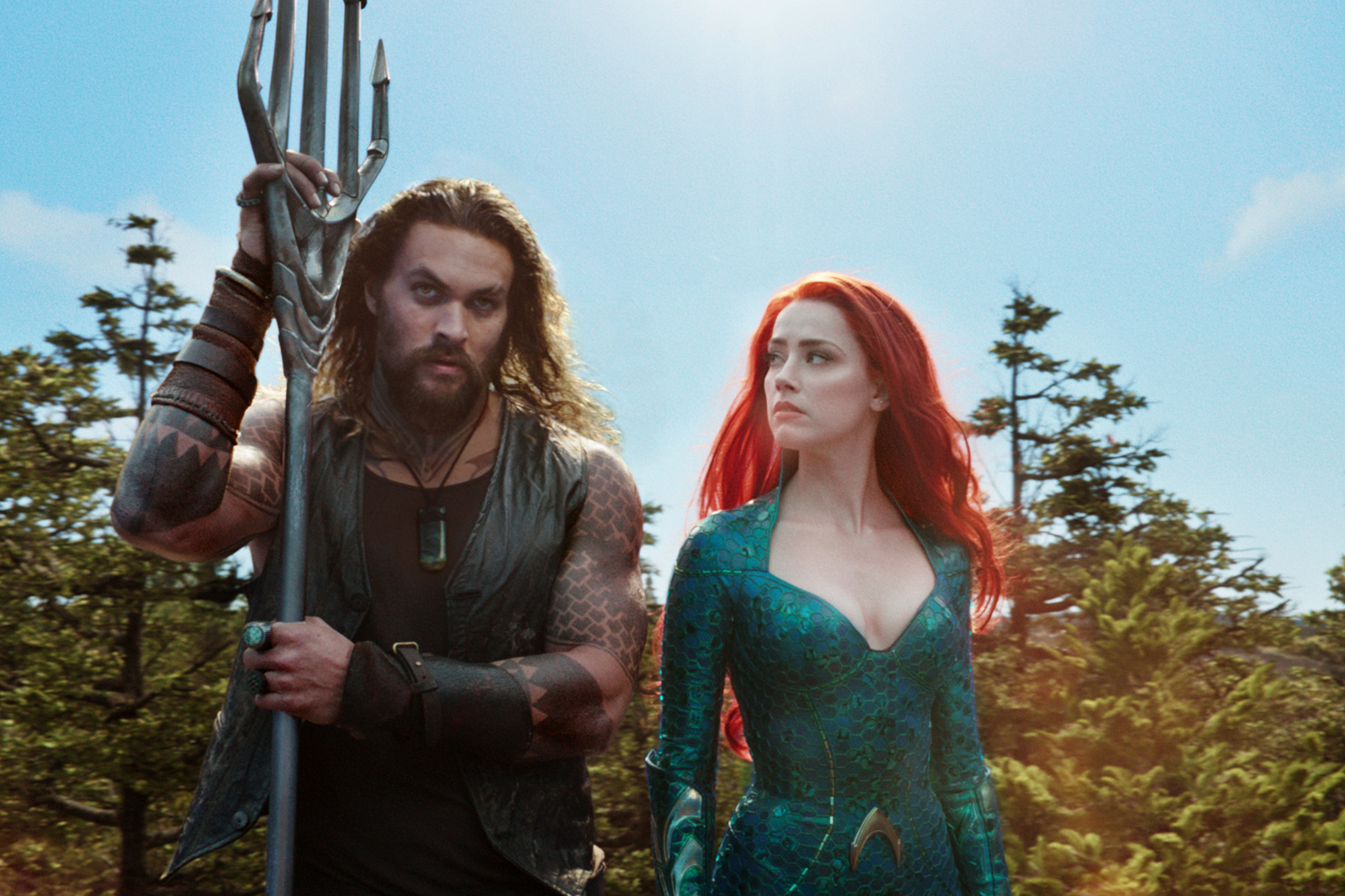 The SpaceX boss was also named on Heard’s witness list for the trial, but never testified. Although sources told The Post that Heard and Musk had some kind of falling out, Musk late last month tweeted of Heard and Depp: “I hope they both move on. At their best, they are each incredible.”

During the trial, some of Heard’s former friends testified for her (although James Franco was on the witness list, he did not). Her ex-best friend and roommate, Raquel Pennington, said she was “scared” for Heard as she said  Heard “often had to cover bruises and injuries to her face with makeup.” 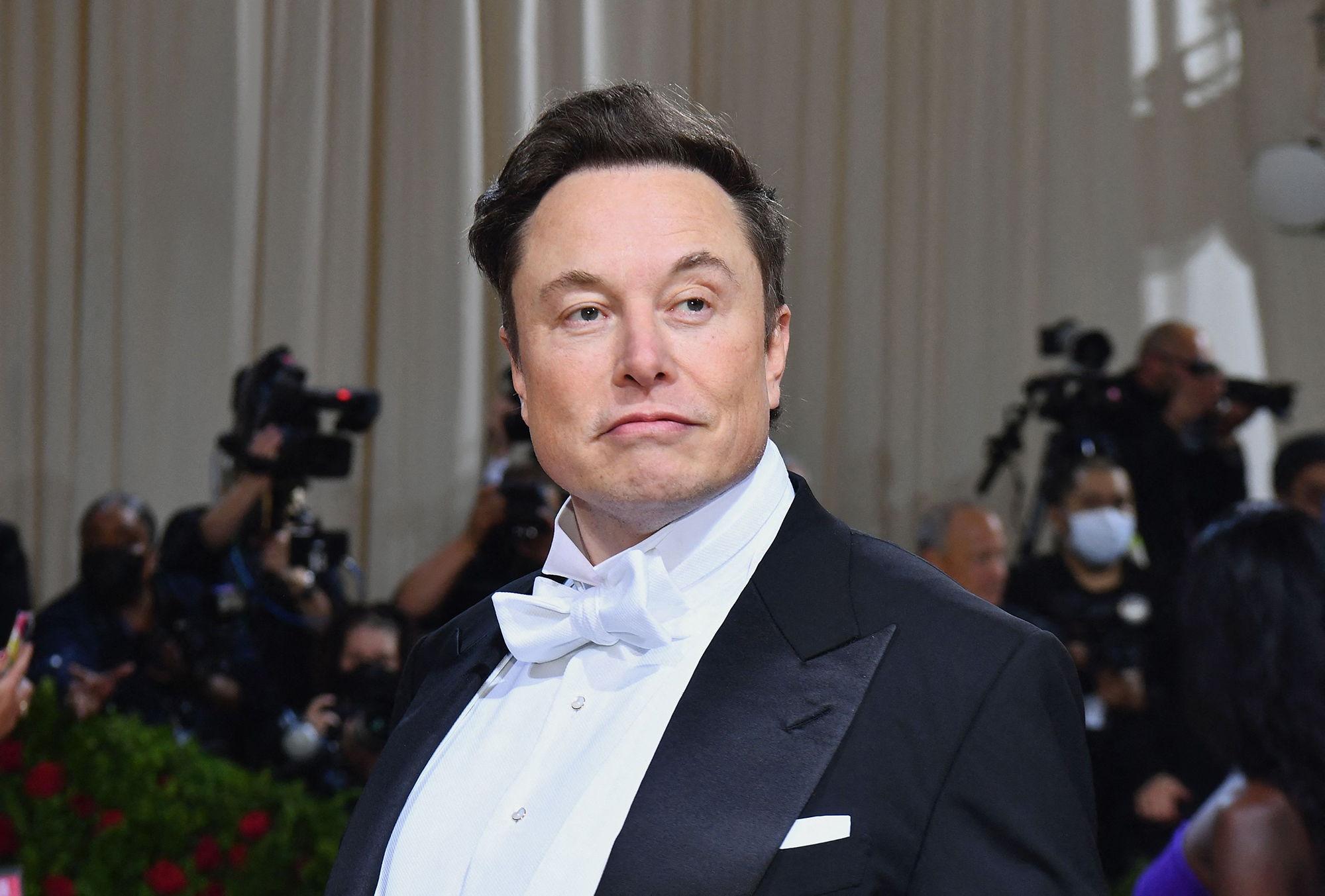 But in her taped deposition, Pennington she and the actress hadn’t spoken in at least six month, having grown apart after a Thanksgiving argument that turned violent.

“I wanted to spend more time with other people in my life and prioritize other relationships,” Pennington said on the tape that played in court.

“I wouldn’t consider her not a friend,” she added. “We do not speak. We are not enemies.”

But this only prompted Depp’s lawyer, Camille Vasquez, to tell the jury at the end of the trial: “This is a woman who burns bridges. Her close friends don’t show up for her. You may have noticed that no one showed up for Ms. Heard in this courtroom other than her sister … every other witness who traveled to Virginia for her was a paid expert.” 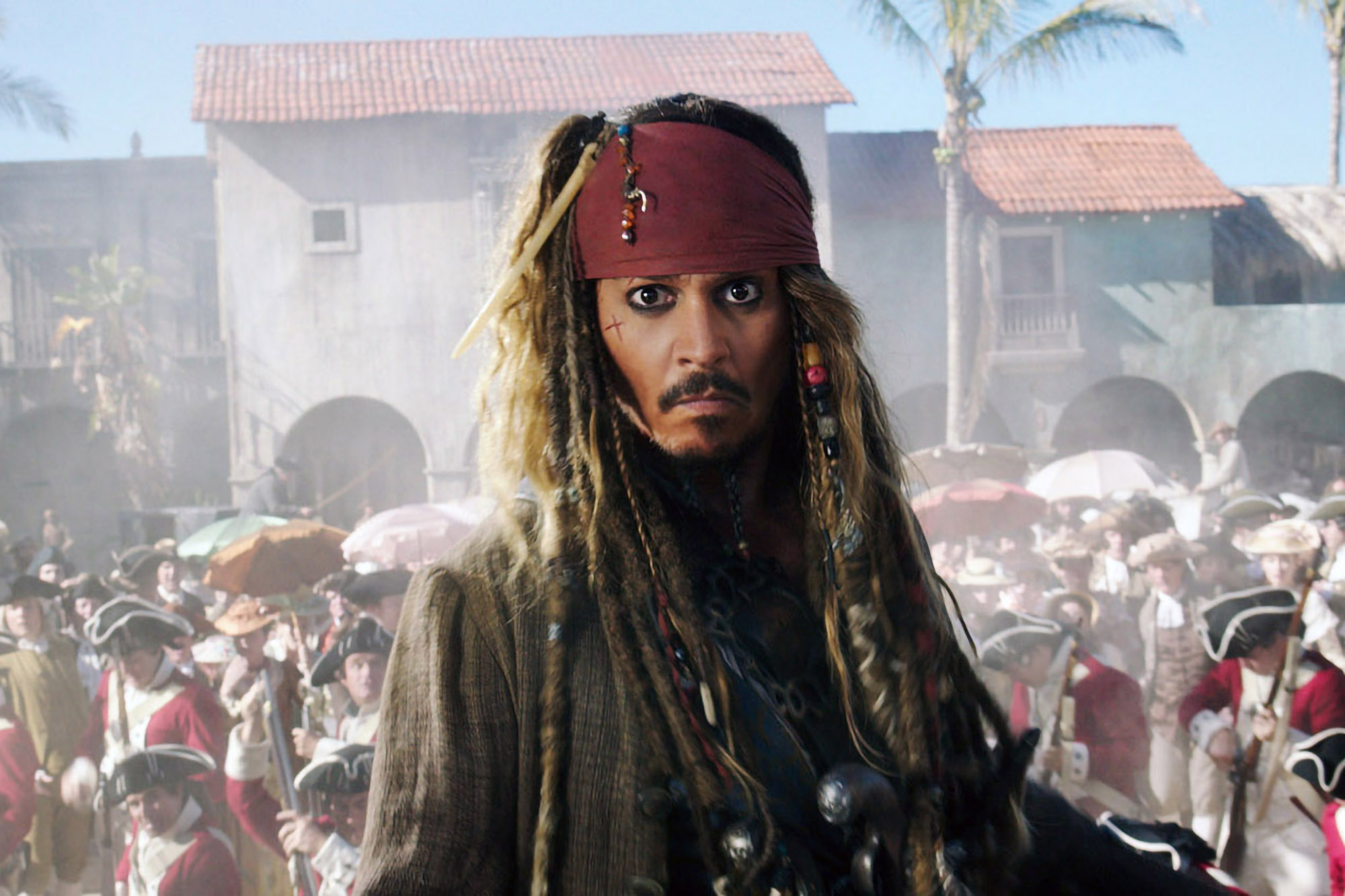 While Heard has a small, tight-knit group of girl friends, it’s also been a while since she lived in Los Angeles, having moved to a six-acre Mojave Desert estate she bought in 2019.

Butti was dating Heard when the actress became a mom, although sources said that Heard made the decision to be her daughter’s sole parent.

After the verdict, the cinematographer wrote on Instagram, “Amber is someone I am grateful to call a friend and no one, who stands up to speak the truth should be treated like this. My heart goes out to her during these difficult times. No matter what happens #istandwithamberheard.” 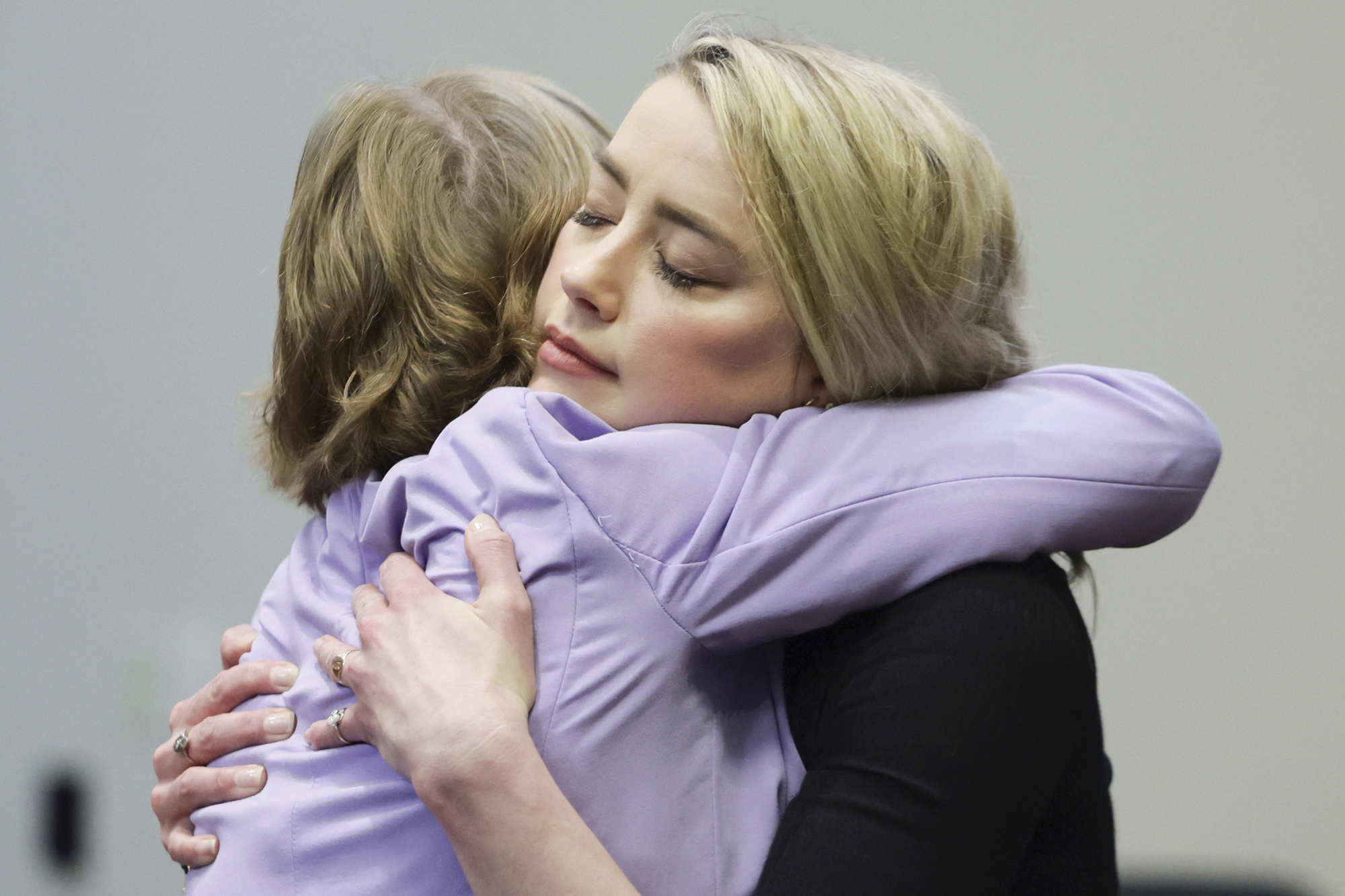 Barlow, who was banned from the Fairfax, Va., courtroom for allegedly texting and tweeting from the front row, tweeted that she would “always” have Heard’s back.

Depp was seen this week celebrating his victory while on a concert tour with guitarist Jeff Beck in the UK and has recently been linked to a reunion with his old friend, director Tim Burton, for “Beetlejuice 2.”

“Johnny will definitely work again,” said the studio source. “Amber can work again, [but] I’d think it will be more the indie route. I’m just not sure studios want the liability of working with her.”

Although Heard is taking time off to be with her daughter, she is slated to appear in two films: “Run Away With Me,” for which no other cast has been announced, and “In the Fire,” in which Heard is the most well-known name. 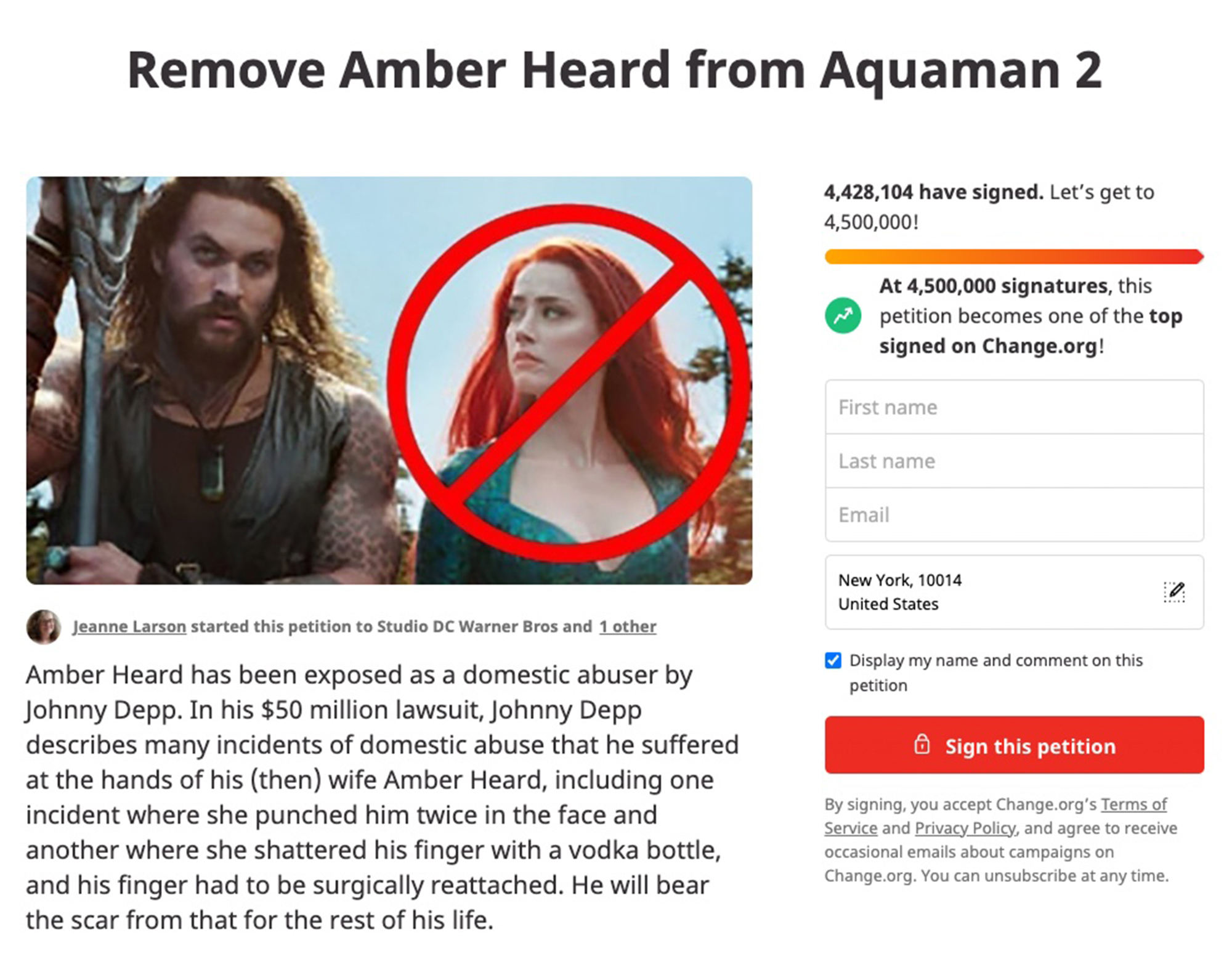 During the trial, Depp testified that it was he who helped win his ex-wife the biggest role of her career, as Mera in Aquaman, but said he later warned the studio about her when he knew things were “going to end up ugly” after their split.

According to the actor, Heard was concerned about shooting the film on location in Australia, given her previous legal issues there. In 2016, she was prosecuted for illegally bringing her dogs into the country. The charges were ultimately dropped, but fearing the studio behind the movie, Warner Bros., would still have reservations about casting her, Depp said he made phone calls to them on her behalf.

“She asked if I would — I had a multi-film deal with Warner Bros., so we’d been in business together, so I knew these people — speak to them,” Depp testified. “I made a phone call, and I spoke to three upper echelon Warner executives: Kevin Tsujihara, Sue Kroll, Greg Silverman.” 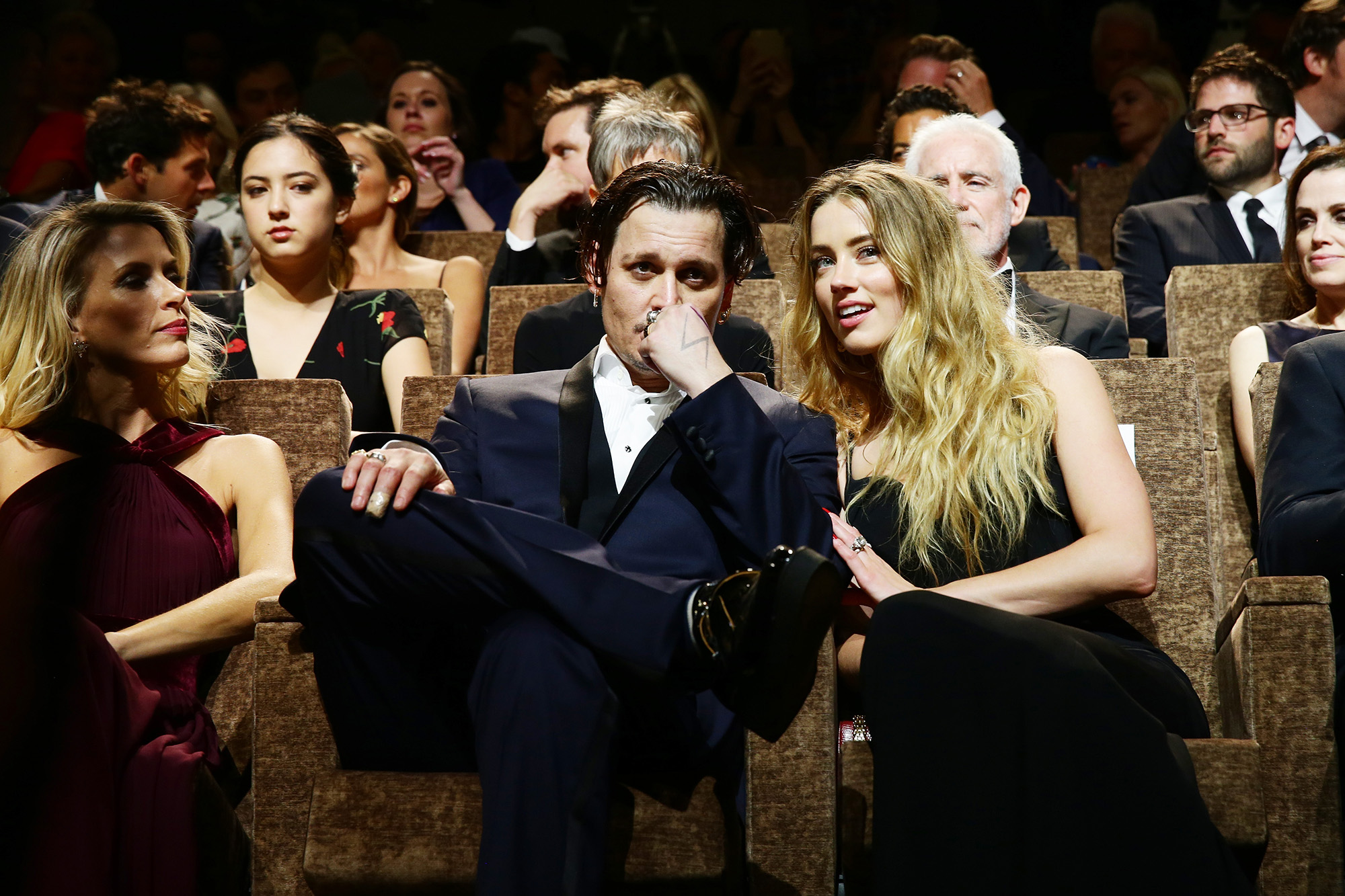 In another embarrassing moment, DC Films chief Walter Hamada testified that the studio considered dropping her from “Aquaman and the Lost Kingdom” due to her “lack of chemistry” with co-star Jason Momoa (who, this week, liked post-verdict statements from both Heard and Depp on social media).

After the verdict, Heard’s attorney Elaine Bredehoft said that Heard would be filing an appeal.

When asked on the “Today” show whether Heard has the money to pay the $10.35 million awarded to Depp, Bredehoft said Thursday: “Oh, no, absolutely not.” 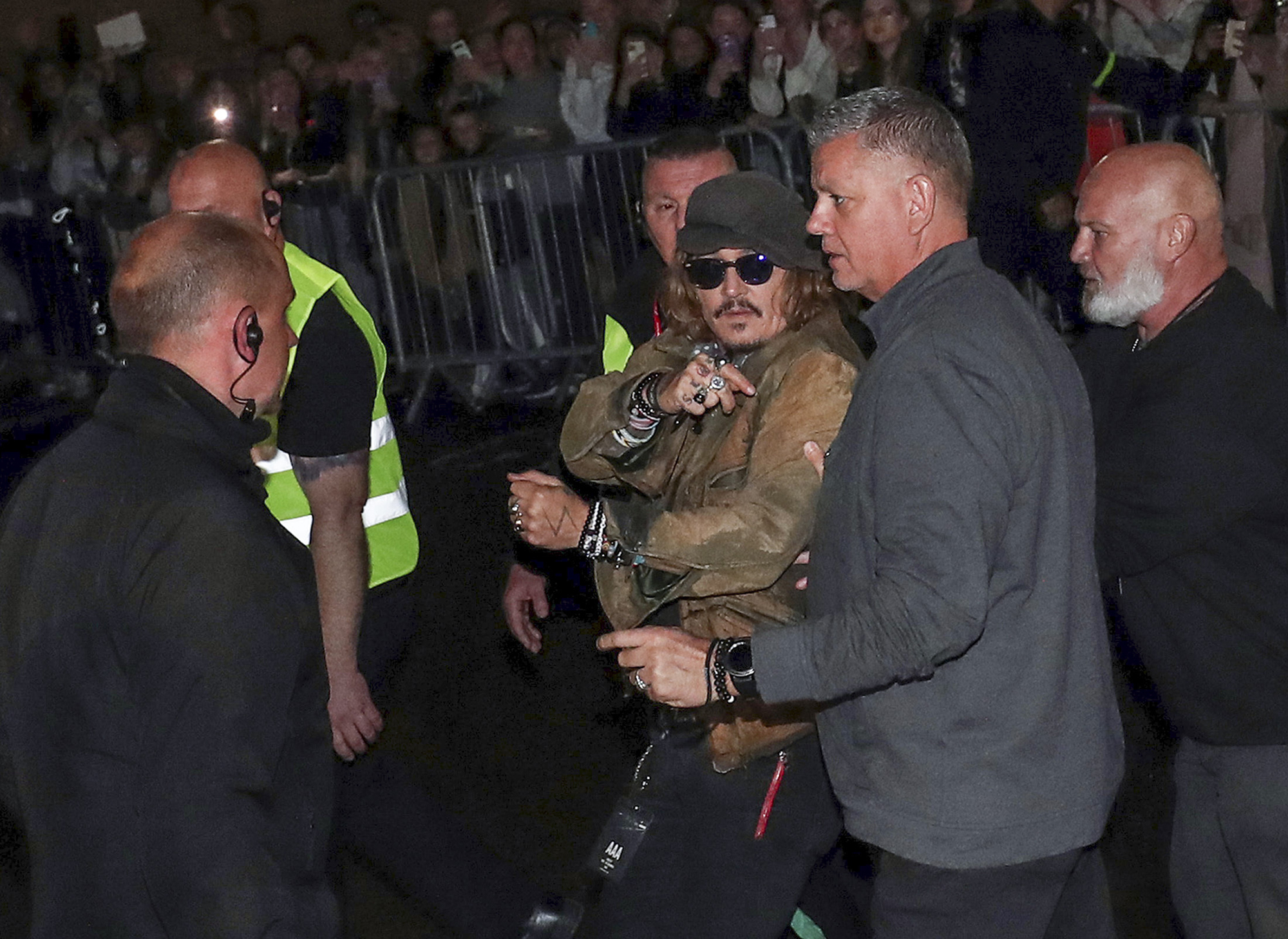 The high-profile court battle has left the actress hurting for cash, according to sources, including one who also placed the blame on Heard’s past lavish spending on travel, clothes, gifts and wine.

Multiple sources said the star had to switch legal representation and her PR team, and is now relying on her homeowners insurance policy to cover the cost of her current attorneys in the case.

As The Post noted this week, sources said the bill for Heard’s attorney has mostly been footed by The Travelers Companies under terms of the actress’s insurance policy.

A vice president of the insurance firm, Pamela Johnson, was spotted in the Fairfax, Virginia, court with Heard multiple times throughout her trial. Neither Johnson nor Travelers returned calls.

An onlooker in the courtroom told Page Six: “After the verdict, Amber got up and stormed off. Her sister Whitney was sitting in the front row and she got up and crossed the barricade and went out with her.”

Another movie insider said of Heard: “The majority of people think she has taken advantage of the #MeToo movement and therefore it’s a dangerous route for someone to hire her. She showed no contrition even when things unravelled in court.”