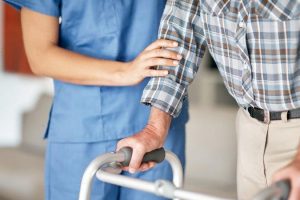 Federal Labor MP Dr Mike Freelander says more men need to be enticed to work in aged care as employers warn against a high-profile wage case being turned into an argument about equal pay in the overwhelmingly female workforce.

The first day of a Fair Work Commission hearing into a union application for a 25 per cent pay rise for age care workers heard the occupation was historically undervalued due to the highly gendered nature of the work, with government figures showing women made up almost 90 per cent of staff. 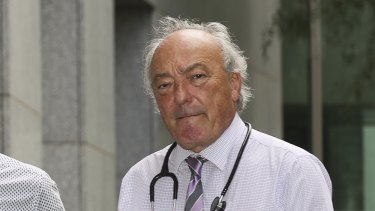 In an interview parallel to the hearing, Freelander – a paediatrician who sat on a cross-parliamentary inquiry into aged care in 2018 – said a number of factors contributed to the workforce’s poor bargaining power, including the fact it was “pretty feminised”.

“It has traditionally been very much a female-based workforce, as has nursing generally over the years … and a lot of the male members of the workforce have tended to go more for administration rather than into hands-on type work,” said Freelander, who is recontesting the south-west Sydney seat of Macarthur at the May 21 federal election.

He said while the intensity of the work had changed, the workforce hadn’t “and that’s reflected in the fact that more of the aged care workforce and disability care workforce is getting burnt out and leaving the industry”.

It would be good to see more men in the sector, he said, adding that while more would get involved in future “we’re already a couple of decades behind where we should be”.

The Health Services Union has applied to Fair Work to lift aged care workers’ pay by $5 an hour in what has become a major election issue. Labor has promised to endorse the wage case and fully fund the outcome of the commission’s decision should it win the election while the federal government has declined to endorse the case but has committed to honouring the outcome.

Mark Gibian SC, acting for the HSU, told the Fair Work hearing in Sydney roles in the sector had been “historically, and regrettably, characterised as women’s work”.

“It’s complex work … involving a high degree of discretion, judgment and advanced interpersonal communication. However, many of these attributes [are] viewed to be somewhat natural rather than demonstrable of a skilled workforce,” Gibian said.

However, lawyer Nigel Ward, representing employer groups, cautioned Fair Work against being led “too far down that path”.

He said while the unions were entitled to raise “the notion of gender-based undervaluation … the commission needs to be careful that this doesn’t turn into an equal remuneration case by disguise”.

Challenged by Fair Work president Ian Ross, who said gender factors could be considered in a case such as this, Ward said what had “crept into some of the evidence” appeared to be a push for equal pay.

Aged care workers and expert witnesses will be among more than 100 people providing evidence to the commission.

Ward also said the commission’s decision should not take the coronavirus pandemic into account, and it was unsustainable for all carers to receive unions’ proposed 25 per cent rise.

He said his clients remained neutral to the bid for higher pay, but employers would be happy to pay any increase as long as it was publicly funded.