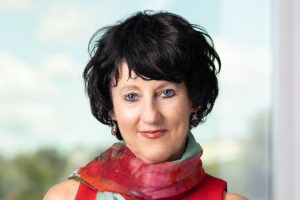 UnitingCare Australia has become the country’s first major aged care network to explicitly back a 25 per cent wage rise for the embattled sector’s workers, calling it a historic opportunity to address the gender pay gap.

Its national director, Claerwen Little, on Friday called for the next government to fund the increase being sought by the Health Services Union – which UnitingCare has previously estimated would cost $4 billion a year – as sections of the national workforce prepare to strike in the lead-up to the May 21 federal election. 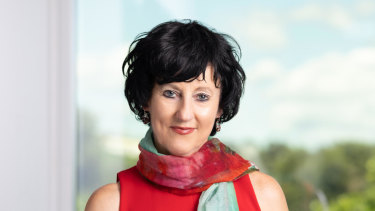 Aged care providers uniformly support a pay rise for their workers but until now no major bodies within the sector had endorsed a specific figure.

“Care is neither cheap nor free and we need to reckon with this fact if we genuinely want to progress toward gender equity. Would wages be this low if the numbers were reversed and 86 per cent of aged care workers were men?” Little said in an interview on Friday.

“Our analysis estimates the headline cost of a 25 per cent pay rise to be around $4 billion annually.
That increase is essential and it’s also essential that the increase is matched with equivalent
government funding.”

A Fair Work Commission hearing into the HSU’s wage claim this week was told by Mark Gibian SC, acting for the union, that aged care had historically been characterised as “women’s work”.

Government figures show women make up almost 90 per cent of the aged care workforce, but Nigel Ward, representing employer groups, warned against the wage case turning into one for equal pay.

“Women’s economic security is held at ransom by the incredibly undervalued work they do. Women are economically a lot less secure in this country than men,” she said.

According to the Workplace Gender Equality Agency, women earn on average $255.30 a week less than men. Costings by the Australian Aged Care Collaboration, an umbrella group of which UnitingCare is a part, estimate a single-household aged care worker takes home $112 a week after living expenses.

The aged care sector is in crisis, with hundreds of residents dying during the COVID-19 pandemic, staff leaving the sector in droves, facilities closing and the government forced to send in Defence to help.

Labor has promised to endorse the wage case and fully fund the amount recommended by Fair Work should it win the election, while the federal government has declined to endorse the case but has committed to honouring the outcome.

Labor’s aged care spokesperson, Clare O’Neil, said there was “clear evidence going back decades that female-dominated workforces, and caring roles in particular, are underpaid. But ultimately, I’ll leave that debate to the academics”.

“The basic equation here is pretty simple – a lack of staff has already caused a significant number of aged care facilities to close down,” O’Neil said, warning the next government needed to quickly and fully fund any pay rise.

The government has committed to injecting $18.8 billion into the sector over five years, which includes measures to train more staff. Comment has been sought from Aged Care Services Minister Richard Colbeck’s office.

The United Workers Union says more than 12,000 of its members linked to eight aged care providers are preparing to strike over pay on May 10 in Queensland, Western Australia and South Australia. They plan to walk off the job in each state around 11.30am, ahead of scheduled rallies in major cities.