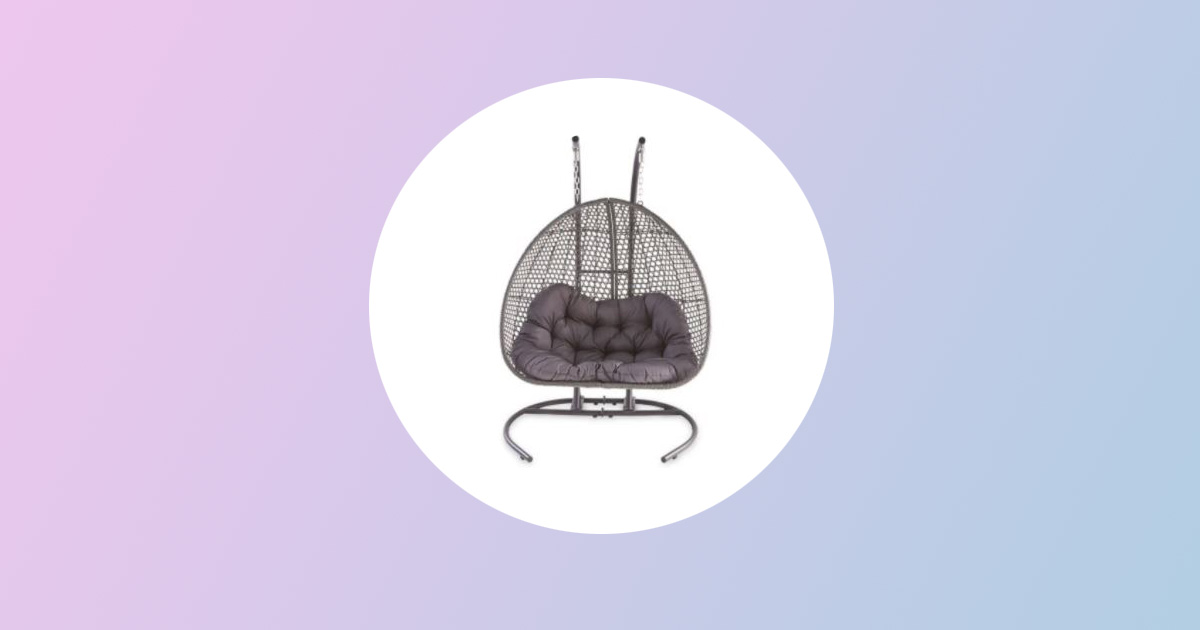 Aldi is launching a new hanging egg chair and this one’s big enough for two.

Aldi’s hugely popular and affordable egg chair is practically the stuff of legend.

Their chairs sold out once again this year not long after they were released in spring, but fans of the design are in for a fresh treat.

That’s right – the retail giant are bringing out a new version of the chair that’s big enough for you and a whole other person.

The bigger size means a bigger price, with the chairs costing £249.99 as opposed to £149 for the smaller version.

Other than the fact that it’s bigger, it’s pretty much exactly the same as the original, so fans of the design won’t be disappointed.

The chair and cushions are a dark grey, and it’s sturdy enough to live outside in the garden if you prefer, making it perfect for snuggling up to watch the sunset after a barbeque.

If you want to get your hands on it, you’ll have to wait until it launches on Sunday 4 July.

It won’t be available in-store, so you’ll have to head online to Aldi’s website to order.

But, with the chair’s habit of selling out not long after going on sale, you’ll want to move fast.