Home » Lifestyle » ALEXANDRA SHULMAN: You know it's bad when even celebrities disappear

ALEXANDRA SHULMAN: You know it's bad when even celebrities disappear 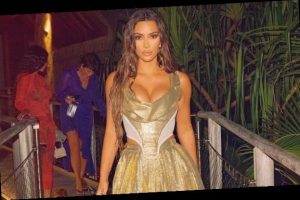 ALEXANDRA SHULMAN: You know it’s bad when even the celebrities disappear

During the first lockdown, you couldn’t avoid them popping up all over the place, spreading ‘inspirational’ phrases like butter and showing off their fashionable displays of houseplants. But this time around, where are the celebrities?

Apart from Lily James – to whom huge thanks for providing delicious gossip fodder with that jaunt on a scooter in Rome with Dominic West – celebrity sightings have been scarce to the point of starvation. It’s as if some big PR team in the sky issued word from on high that thou shalt not show your face, particularly not looking like you’re having fun.

Not that you can blame them for hunkering down, given how just as soon as there’s a sighting of the lesser-spotted celeb, there’s someone ready to bash them back to where they came from with accusations of tone-deafness amid a global pandemic.

OK, it wasn’t the smartest move for Kim Kardashian to post pictures of her gang partying on the private island she hired for her 40th birthday, but then without a tendency towards ostentatious, brazen behaviour, where would she be?

Personally, I could have done without the accompanying ‘feeling so humbled and blessed’ captions to the snaps of the Kardashian clan in their slivers of bikini, but I was grateful for some light entertainment among the rising case numbers. 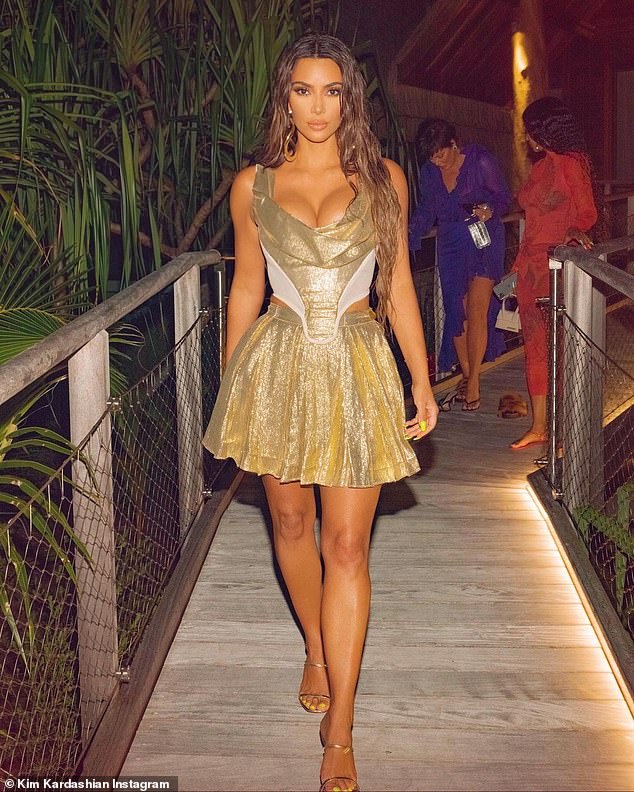 OK, it wasn’t the smartest move for Kim Kardashian to post pictures of her gang partying on the private island she hired for her 40th birthday, but then without a tendency towards ostentatious, brazen behaviour, where would she be?

No red-carpet events means we’re restricted to glimpses of home-grown stars such as Claire Foy or Jenna Coleman grabbing a coffee in their duvet coats.

And it’s not even as if they’re allowed to go out and do good deeds any more. Look at the fate of the Comic Relief gang now pilloried as ‘white saviours’ – every hug of a small African child seen as a patronising affront to the native community.

Would Live Aid be thought acceptable nowadays, I wonder? All those multi-millionaire rock stars – almost all of them white – strutting their fabulous stuff, intercut with carefully edited, tear-inducing images of terrible famine?

Yet it’s still a fact that nothing wins popularity for a cause like celebrity. Leon founder Henry Dimbleby’s National Food Strategy only really got the backing it needed when Manchester United’s Marcus Rashford focused our attention on the subject.

Now there’s a man who gets it right – corralling most of the country in support of feeding underprivileged children, proclaiming that he’s proud to be a Brit and, incidentally, scoring a fantastic Champions League hat-trick in the same week.

Even so, he’d probably be well-advised not to be seen on a Caribbean holiday just yet.

Washing-up’s going to be so glamorous

There comes a time when we’ve just got to accept that summer is gone but unpacking winter outfits from the plastic boxes and clothes bags I’ve stuffed into corners all over the house is always painful. This year, after the strangest summer, it’s a particularly melancholy moment.

Summer 2020 was a wardrobe ghost town. Although we had some wonderful weather during lockdown, the difficulty of actually getting away on holiday meant that so many of the dresses, T-shirts and flimsy fabric tops weren’t used. And the parties where they might have been worn never happened. Packing them away again is like sending a neglected child off to boarding school.

There are those I am sure who are ruthless in editing so they only ever pack away things they know they will want to return to. They probably don’t pack up old kettles when they move house either. But sadly I am not one of them.

So out again last week came the coats that are now a bit too tight, the skirts that are too short for fashion, the millions of woolly scarves that I own even though I only wear two. But also some finer old friends that I was pleased to see, including the velvets and sparkles and sheen of the Christmas season.

Our clothes measure the passing of the years. Years that we all know speed by so quickly. So I’ve decided that even if it means wearing those glad-rags at home to do the washing-up, come May they’re not being packed up again, ignored and unused. We’re stuck with coronavirus but that doesn’t mean we have to be stuck wearing gloomy winter clothes.

American artist Philip Guston, a fervent anti-racist who included cone-hatted Ku Klux Klan figures in his work to draw attention to the horror they represent, was due a retrospective at Tate Modern. But not so fast there…

In the wake of Black Lives Matter, the National Gallery of Art in Washington, a partner for this show, went wobbly over the images and has postponed it.

Now the backlash is whirling and the Tate claims there were also logistical and financial difficulties in mounting the exhibition.

But its original justification – that more time was needed explaining this work to an audience they must imagine are too ignorant to understand it – is both patronising and prohibitive. How long does it take to write up some simple explanatory information and stick it to the wall?

My experience of test and trace is baffling. I’ve twice had notifications flash up saying I’ve been in contact with someone who has tested positive – then the message disappears, never to be found or heard of again. Doesn’t sound world-beating to me. Just confusing.

Roadkill? It’s just got even spookier

Fashion editors often choose models who look like them for their shoots. But I didn’t realise playwrights choose actors in the same way. Anyone who knows what David Hare looks like will notice that in his excellent TV drama Roadkill, the lead, Hugh Laurie, bears a spooky resemblance to Hare – even if Laurie plays a Tory MP and Hare is a lifelong Labour man.

Fall in love with a wisecracking Texan

Anyone interested in US politics is on tenterhooks this weekend. I recommend watching Raise Hell: The Life And Times Of Molly Ivins, a brilliant documentary about a Texan broad who, as a writer and journalist, spoke truth to power with the wit of Dorothy Parker. You can catch it on the Curzon Home Cinema digital platform.

END_OF_DOCUMENT_TOKEN_TO_BE_REPLACED

END_OF_DOCUMENT_TOKEN_TO_BE_REPLACED
We and our partners use cookies on this site to improve our service, perform analytics, personalize advertising, measure advertising performance, and remember website preferences.Ok