There’s something in the zeitgeist when it comes to stories about bright young scammers, imposters and dodgy start-ups. The Tinder Swindler and Inventing Anna (Shonda Rhimes’s drama about New York society imposter Anna Sorokin) have been hits for Netflix, which also hosts Fyre: The Greatest Party That Never Happened, Tiger King producer Chris Smith’s documentary about the fraudulent 2017 music festival. Prime Video has the documentary WeWork: Or the Making and Breaking of a $47 Billion Unicorn; and Apple TV+ is about to release WeCrashed, the WeWork drama starring Jared Leto and Anne Hathaway. The list goes on. 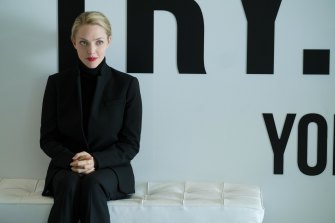 Perhaps it’s an inevitable reflection of the way modern technology enables young scammers and cowboys to bypass old gatekeepers, whether that be by approaching targets directly on social media or by snowing investors afraid of missing out on a piece of the next Google. Perhaps the trend is also driven by an element of daydream fantasy among a younger cohort that feels locked out of opportunities that were available to older generations.

Whatever the case, The Dropout, which features a spellbinding performance by Amanda Seyfried as disgraced entrepreneur Elizabeth Holmes, is a standout in a crowded genre.

The new mini-series about Holmes – who was at one point was America’s youngest self-made female billionaire, but now faces up to 20 years in prison, having been convicted of fraud involving her medical technology company, Theranos – is far from your typical scam story.

Based on an investigative podcast series, it takes the time to paint the young Holmes as a complex character. Finishing up high school and heading to university, she’s a woman in a hurry, hugely ambitious and motivated by money but keen to do something for the greater good – and aware that she doesn’t relate and connect to others in the way that most people do. 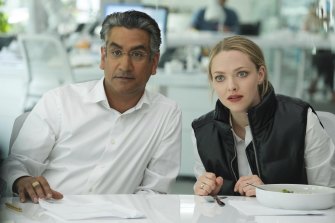 One pivotal moment in the first batch of episodes is the 18-year-old Holmes’ meeting with the 37-year-old Sunny Balwani (Naveen Andrews), the Pakistan-born tech millionaire who would become her friend, lover and company president. The other is when the bulldozing Holmes gets a Stanford professor to back her vision of a high-tech device that could run 70 different tests using a single drop of blood.

As the compellingly written and directed episodes unfold, it becomes clear that the transition from pie in the sky to outright fraud can be gradual when you’re telling lies in the service of something you believe will eventually work.

British screenwriter Rob Williams is the prolific yet thoughtful fellow who recently gave us the knotty Scottish crime thriller The Victim and the transnational techno-thriller Suspicion (Apple TV+). He also wrote this oddball prison comedy-drama, which provides plenty of insights, dark humour and emotional truths – although its depiction of life on the wing does seem wildly fanciful. 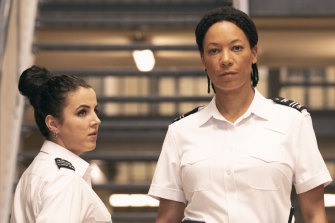 At the centre of things are senior prison officer Leigh Henry (Nina Sosanya) and new recruit Rose Gill (Derry Girls star Jamie-Lee O’Donnell). Both of them have secrets. One of Leigh’s is the fact that she lives in the prison, sleeping in a spare cell (who knew there was such a thing?). Rose’s is that she’s not just there to work as a prison officer.

Arthritic old tropes find themselves pressed back into service as the series blends workplace comedy and policy critique, but the officers and prisoners are entertainingly colourful and brilliantly cast. Detectorists’ Laura Checkley is a particular delight as jaded officer Jackie, who retains a soft spot for the prisoners and a dry sense of humour. Worth a look.

More than This
Paramount+, from Friday 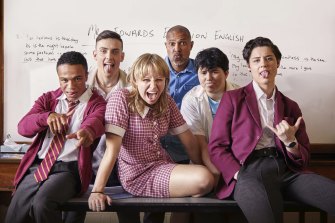 At first, this half-hour Australian series feels a bit like Euphoria with chamomile tea instead of crystal meth – though before too long high-schooler Charlotte (series creator Olivia Deeble) and her racially and sexually diverse classmates do find themselves exploring some rather dark territory. Health, drug and family problems add to the perennial challenges of adolescence, but optimism shines through as a cast of impressive young talents weave together an evocative and distinctly Australian snapshot of what it’s like to be a teenager these days. 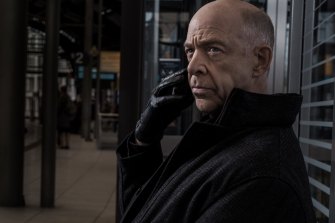 J.K. Simmons delivers two spellbinding performances in this gripping, retro-contemporary sci-fi spy thriller series. In a paranoid neo-Cold War Berlin, Simmons plays a man named Howard Silk, a lowly but conscientious civil servant whose job it is to pass coded messages between our world and an identical second Earth spun off by a secret Cold War experiment. When an assassin from the other world bursts into ours, with the other world’s Howard Silk in pursuit, things get complicated for both Silks. Great stuff. 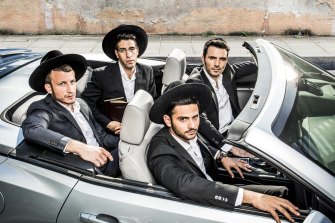 The promo poster deliberately recalls Entourage, because our four Orthodox Jewish students studying at a strict live-in yeshiva in Jerusalem are similarly cocky, outgoing young gits. Well, except for the one geek, who can quote and argue the scriptures with savant-like exactitude but hasn’t managed to get a single second date out of the 34 that his marriage matchmaker has set up for him.

The perfectly cast leads and supporting players provide genuine chuckles and pathos, as well as fascinating insights into Jewish life. 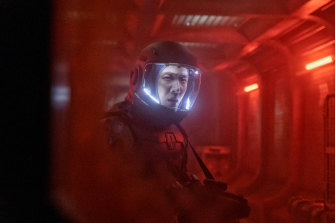 The Silent Sea is a Korean sci-fi thriller about a mission to the moon to investigate why a research station has gone silent.Credit:Netflix

It’s hard to go a week these days without getting sucked into another tense and highly bingeable Korean genre drama. This one finds the world caught in a catastrophic global drought, and the Korean space agency sending a mission to the moon to retrieve something from a base whose occupants mysteriously died years earlier. The astronauts don’t know what they’re looking for – though the fact that they have a retired astrobiologist aboard should have given them a clue. Beautifully drawn characters aid immersion.