Here come the Christmas presents! Singing Amazon boxes star in the retailer’s heart-warming festive advert (and there’s not a late delivery in sight)

Online Christmas shoppers might live in fear of a delayed delivery, but there is not a late parcel in sight in Amazon’s new festive advert.

The heart-warming TV spot sees a chorus of animated Amazon boxes singing as they are transported to excited customers in homes, hospitals and office buildings around the world.

Their tune of choice is the Jackson 5’s feel-good hit ‘Can You Feel It?’, encouraging viewers to join in the festive spirit.

Festive cheer: Amazon’s TV spot sees a chorus of animated boxes singing as they are transported to excited customers in homes, hospitals and office buildings around the world. The clip starts with a scene of a little girl distracted by a single brown box in the corner, right 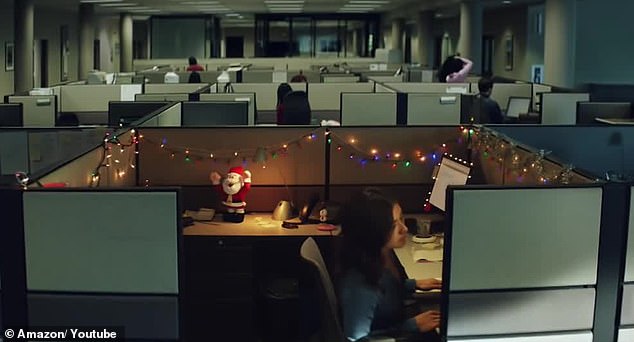 Spirit of Christmas: A worker stuck in her cheery office cubicle is given a fresh lease of life when a stack of singing Amazon parcels is wheeled past her desk by the mailman

The online retailer follows in the footsteps of brands including Argos, Aldi and Currys PC World, who have already rolled out their festive adverts.

The 90-second Amazon offering opens with a single singing brown delivery box catching the attention of a little girl making a gingerbread house at the dining room table of a cosy family home decorated with twinkling fairy lights.

It cuts to a scene of an office worker typing away in her cubicle whose face lights up as the mailman pushes a stack of Amazon parcels past her desk.

Busy families, delivery drivers and a nurse tending to a child in their hospital bed all start to feel the festive cheer when they come face-to-face with the singing boxes. 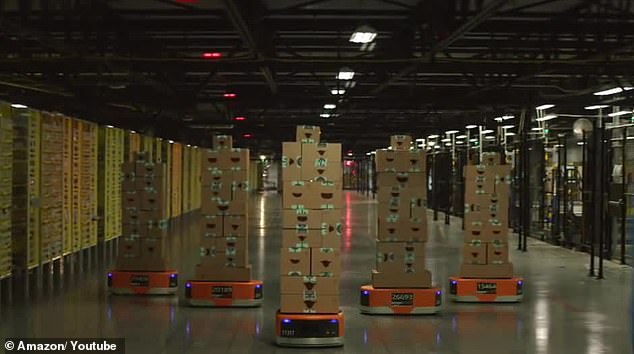 Carefully choreographed: Singing the Jackson 5 hit Can You Feel It?, the parcels are seen spinning and twirling around the wide aisles of an Amazon warehouse, delighting staff

Special delivery: A nurse and a young child in hospital also receive a festive delivery 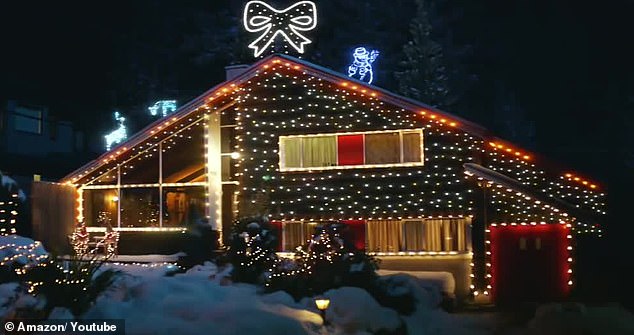 Lighting up the sky: A busy mother uses Amazon’s virtual assistant Alexa to turn on the lights covering her house, pictured, allowing the company to plug more of its products

It is the second time the singing boxes have featured in the Christmas adverts, following the success of last year’s offering.

The campaign launched on Saturday 3 November and will run across nine countries including the US, UK, Germany and Mexico. Nine further spots will be rolled out.

First out the post with its advert this year was Currys PC World, which debuted its campaign – titled The Magic of Christmas Upgraded – on Thursday 1st November during Emmerdale, featuring the carol Good King Wenceslas as the soundtrack. 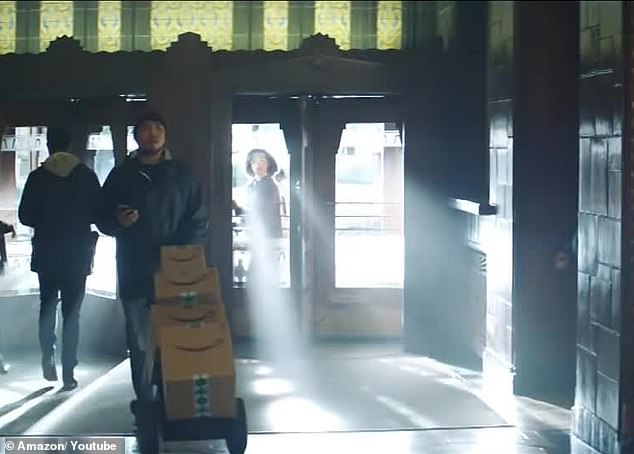 Worldwide travels: A delivery worker wheels in another batch of singing Amazon boxes 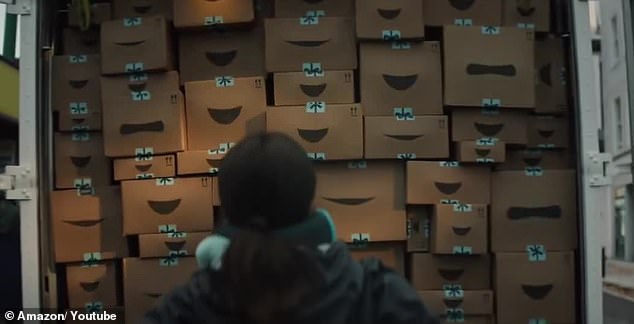 Sing like you mean it! The back of a delivery truck is opened to reveal a stack of singing parcels 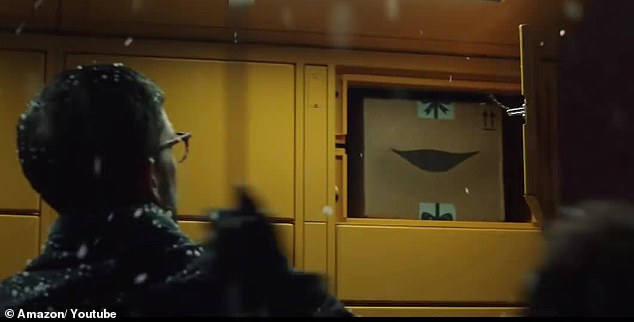 Easy collection: Another customer is seen using an Amazon Pickup Locker for their delivery

Next up was Argos, which aired the following night featuring a festive fool determined to ruin Christmas.

The mischievous impish creature causing chaos for families during the festive period by rewiring their lights, opening their gifts and stealing their instruction manuals.

Meanwhile Aldi was accused of copying Coca Cola with its Christmas advert.

The spot sees the character of Kevin The Carrot return once again, this time driving a red truck covered in Christmas lights that looks strikingly similar to the instantly recognisable Coca-Cola truck.