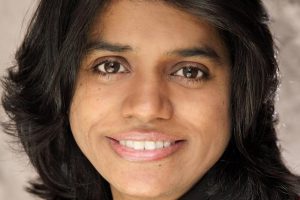 Soumya Sriraman, the former BritBox CEO who joined Amazon to lead its Prime Video Channels business in the U.S., is stepping down after two years at the SVOD.

Sources indicate the executive is still at Amazon but will be leaving imminently for another role elsewhere.

Sriraman is best known for her work pioneering the best-of-British streaming service BritBox in the U.S., where she is based. The SVOD launched there in 2017 and quickly reached 250,000 subscribers in one year. By the time Sriraman departed, in October 2020, the service had more than 1.5 million subscribers. The successful U.S. launch allowed joint operators BBC Studios and ITV to expand the brand to other markets, including Australia and Canada.

As head of BritBox, Sriraman was responsible for commissioning and executive producing several shows, including “The Bletchley Circle: San Francisco” with Rachel Stirling and Julie Graham, and “There She Goes,” starring David Tennant and Jessica Hynes, who won a BAFTA award for her role. In addition, for the first time ever on a streaming platform, BritBox delivered the live telecast of “Harry and Megan: The Royal Wedding” to North American audiences.

Over at Prime Video, Sriraman has held a relatively low profile, although that’s not surprising given the nature of the Channels business, which doesn’t trade in original programming but rather offers members the option of subscribing to various streaming and live TV services, which in the U.S. include HBO, Discovery+, Showtime, Starz, AMC+, BET+ and Paramount+.

Prior to heading up BritBox, Sriraman served as executive VP of franchise and digital enterprises at BBC Studios – Americas, where she expanded consumer-facing activities for key BBC brands including “Doctor Who” and “BBC Earth.” Before that, she was president and CEO of Palisades Tartan, an independent film brand, and served as senior VP of theatrical marketing at Vivendi Universal.

Sriraman’s departure from Amazon is not thought to be directly related to a change in strategy for Prime Video’s Channels business.