Shoppers said they were shocked to see the sex film "Dad is f***ing my girlfriend" appear in search results when they browsed the website for an appropriate present for their dad. 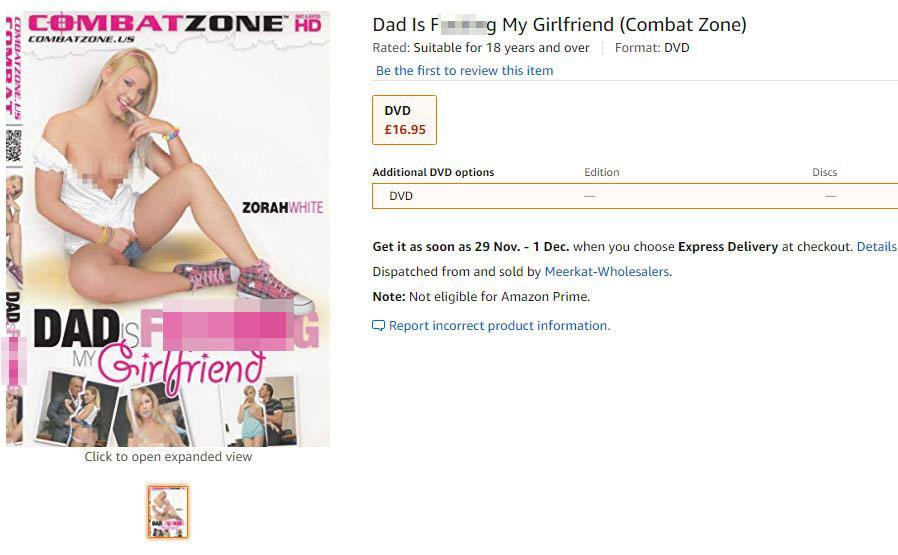 Parents fear children could see the 18-rated £16.95 DVD and other sex films on the website as they appear in search results.

The DVD – which was sold by a third-party seller called Meerkat Wholesalers – popped up on screen when you typed "dad gifts" into the search bar, according to shoppers.

Amazon UK says that sellers are "not permitted" to sell any type of pornography on its website – but thousands of pornography items are available to buy. 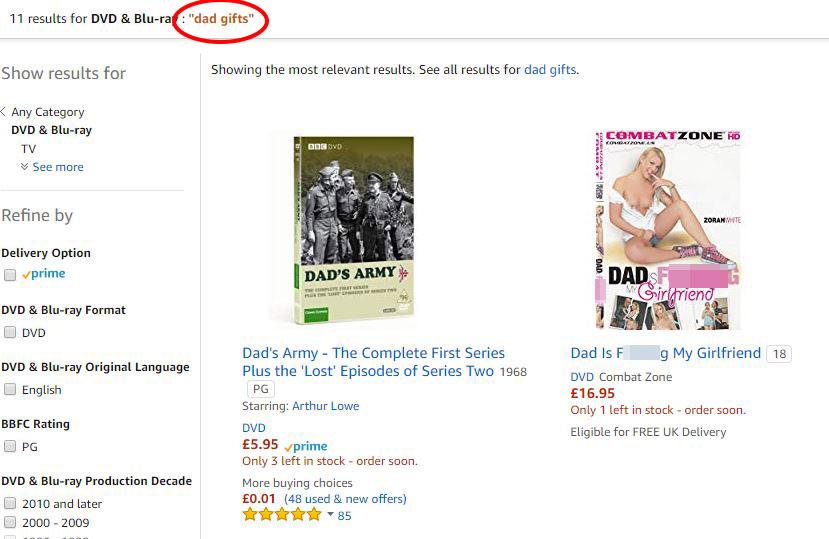 He said: "In amongst the usual stuff like BBQ utensils, car manuals, gardening gift sets and funny T-shirts which say 'Grumpy old git', or 'No 1 dad' novelty mugs was this sex film.

"I only typed in 'Dad Gifts' into the search menu. I wasn't expecting something so explicit to turn up.

"My two kids go on Amazon a lot to look for toys and ideas for presents to write on their letter to Father Christmas. I hate to think what would have happened if they'd found this DVD themselves.

"Amazon should be far more responsible with its listings. Anything pornographic needs to be removed immediately.

"There are places people can go to buy this sort of filth. You wouldn't come across this kind of thing in Tesco so why is it ok to sell on Amazon?"

An Amazon spokesman said: "All sellers must follow our selling guidelines and those who don’t will be subject to action including potential removal of their account.

"The product in question is no longer available."

Social media users have also hit out at Amazon and called for greater controls on the products it sells.

"Horrified it is so easy to find. How many children will be searching for gifts before Christmas and accidentally come across this DVD?

"The bosses of Amazon should be ashamed of themselves."

Millions of people rushed to Amazon to pick up Black Friday and Cyber Monday bargains over the weekend.

But the online retail giant was accused last week of ruining Christmas by sending presents without packaging – but it is for a good reason.