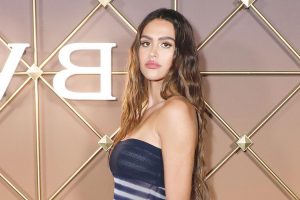 From break up to Bronx and Banco! Amelia Gray Hamlin strut her stuff down the runway for her 1st ever New York Fashion Week show on Wednesday, September 8, after Us Weekly broke the news that she called it quits with Scott Disick.

Scott Disick and Amelia Gray Hamlin: A Timeline of Their Whirlwind Romance

The 20-year-old model looked downright incredible, rocking a flowing teal gown and lace up heels that were in line with the brand’s new Tulum-inspired collection. 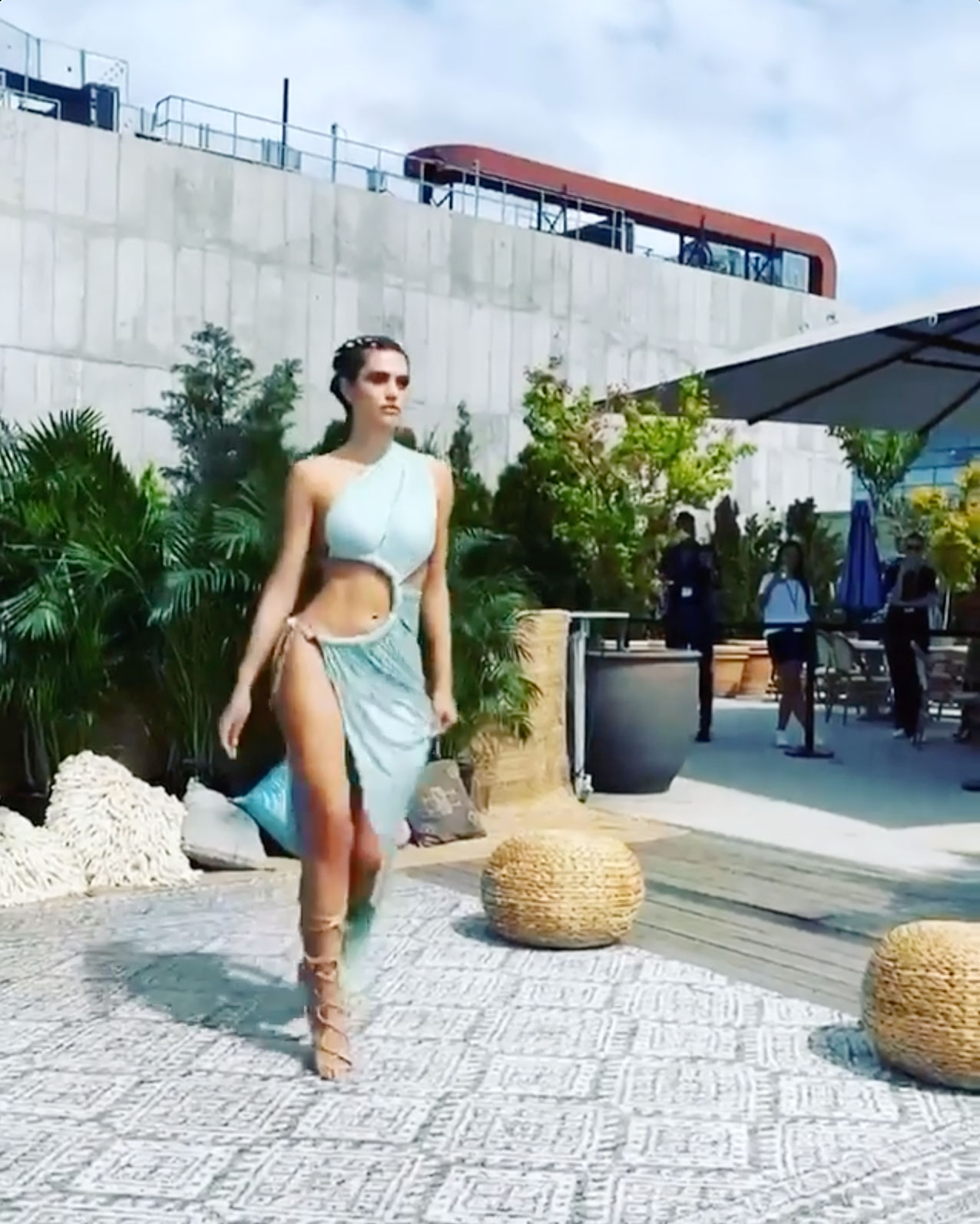 When it came to glam, she sported beach-appropriate braids, which were completed by the show’s lead hairstylist and UNITE Hair Creative Director Gary Baker.

While Hamlin looked at-home on the runway, she did have quite the support system at her beck and call. Mom Lisa Rinna came along for the ride — and she documented the day via Instagram Stories.

“Look who’s walking in her first show for @NYFW,” the 58-year-old Real Housewives of Beverly Hills star captioned a picture of her daughter getting glam backstage. “And she’s closing the show!!”

The DNA founder, for her part, also took to social media to share her gratitude for the opportunity. “….thank you🧚🏼🤍 @bronxandbanco an honor to close my first show of the season.”

Famous friends were quick to congratulate the star on her big modeling moment. Bachelor star Hannah Ann Sluss, who was in attendance said, “Star of the show.” Don’t Be Tardy star Brielle Biermann also dropped a string of heart eye emojis. 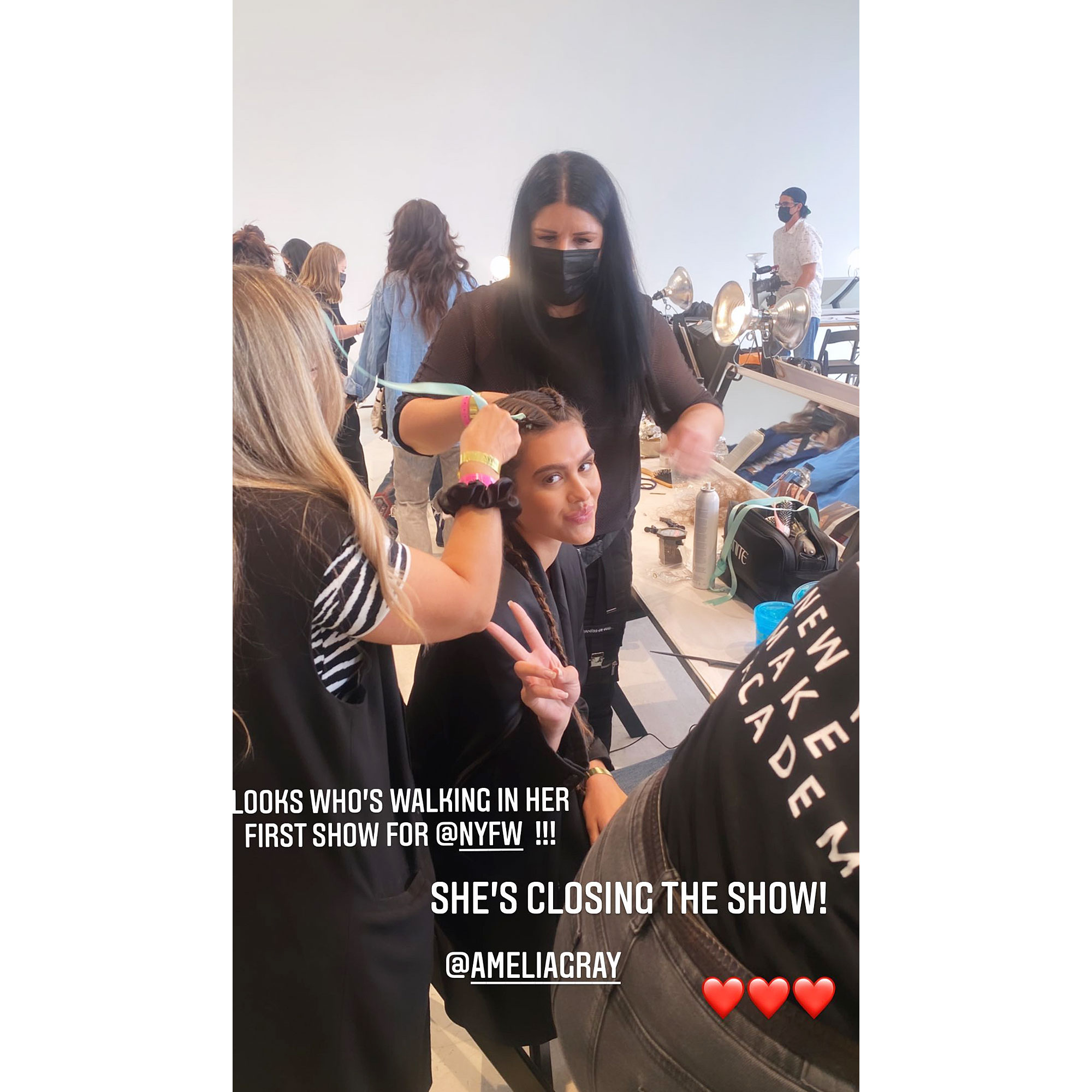 The Bronx and Banco show wasn’t the only runway on Hamlin’s agenda for the day. The same evening, she attended the Prabal Gurung event and the Dundas x Revolve fashion show.

The reality star’s New York activities came just one day after Us Weekly confirmed via multiple sources that Hamlin called it quits with Disick. The two were first linked in October 2020.

Proof That Lisa Rinna Loves to Twin With Fellow Housewives

“Amelia was the one who ended things,” one insider said. Another added that both parties are “taking it in stride.”

According to a source, the break up was due in part to Rinna’s opinions. “It had a lot to do with how her mom felt about him — she was never a fan,” they said.

The Rinna Beauty founder has been fairly open about her disapproval of the former couple, who had an 18-year age gap. On an August 25 episode of RHOBH she joked: “Why can’t it be Harry Styles? Why the f—k is it Scott Disick?”

And when news broke that her daughter’s relationship with the Talentless founder had come to end, she made her thoughts known.

She commented a smiling emoji on an Instagram post which featured a screenshot of the breakup story.