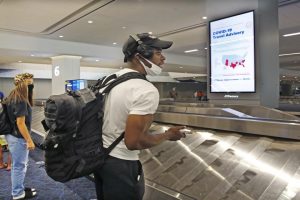 Air travel starting to take off

Airlines are preparing for an increase in travelers after the July Fourth weekend. FOX Business’ Kristina Partsinevelos with more.

American Airlines Group Inc.has threatened to cancel some of its orders for Boeing's troubled 737 MAX jets, people familiar with the matter said, a sign of deepening financial stress in the aviation industry.

The Fort Worth, Texas-based carrier has struggled to secure financing for 17 jets it had expected Boeing to deliver this year, some of these people said. The coronavirus pandemic has led to a sharp drop in air-travel demand and left global airlines fighting to survive, with many unable to afford planes they no longer need.

American executives told their Boeing counterparts in recent weeks they didn’t have sufficient financing for some of their MAX orders and would have to cancel them unless Boeing helped secure funding for the jets, the people familiar with the matter said.

Airlines and plane-makers often posture during such negotiations, but the American-Boeing friction marks a twist in the 737 MAX saga. It was American whose push for a new fuel-efficient jet in 2011 helped spur Boeing to develop the MAX, an updated version of its decades-old 737 workhorse, rather than a new single-aisle aircraft.

SOME AIRLINES RESUME ALCOHOL SERVICE DURING CORONAVIRUS WITH A CATCH

Boeing has been working to help line up financing for American’s MAXs, some of the people said. Under one possible scenario, they said, Boeing’s financing arm could purchase the aircraft and lease them to American, eventually selling the planes and the payment stream to leasing companies.

A Boeing spokesman said the plane-maker is focused on returning the MAX to commercial service.

“It is an unprecedented time for our industry as airlines confront a steep drop in traffic,” he said. “We continue to work closely with our customers to support their operations while balancing supply and demand with the realities of the market.”

Until recently, American and other Boeing customers had been clamoring for the MAX, which regulators have grounded since March 2019 following two fatal crashes. The plane-maker has been trying since then to win regulatory approval, currently expected in September, for the jets to again carry passengers.

Now, the U.S. airline industry is preparing for tens of thousands of job cuts despite receiving billions of dollars in government aid. Earlier this week, United Airlines Holdings Inc. said it is exploring the possibility of shedding almost half its U.S. workforce. American previously said it may have as many as 20,000 more staff than it needs to handle reduced demand. The final number of industry furloughs hinges on travel demand and the takeup of buyouts.

For Boeing, losing American Airlines ’ 737 MAX orders would add to the Chicago aerospace giant’s worsening financial woes. After a loss of $636 million last year, it has announced plans to sharply reduce production and shed 10% of its 160,000-employee workforce.

In June, Norwegian Air Shuttle AS A became the latest airline to walk away from the 737 MAX, saying it was canceling its orders for 92 of the jets. That followed 313 earlier cancellations by other customers this year. Boeing, which counted 4,232 MAX orders at the end of May, can generally work with customers to reshuffle deliveries and place planes close to rolling off the assembly line with other takers. However, the pandemic and global aviation crisis has made such maneuvering especially difficult.

Recent announcements have pushed the number of MAX orders canceled this year above 400, the majority from big leasing companies such as General Electric’s Gecas arm and Avolon. Boeing has said deals for 320 jets are at risk. Jefferies & Co. analyst Sheila Kahyaoglu said in a client note that the solid backlog could be close to 3,100 planes.

Carriers are also hammering out new delivery schedules. Southwest Airlines, Boeing’s biggest MAX customer, has struck a deal to limit MAX deliveries to 48 this year and next, executives told investors in May. “We’re very committed to the MAX,” Southwest CEO Gary Kelly said.

At least some of the 17 jets American was scheduled to receive this year have been built but are parked on Boeing lots, some of the people familiar with the matter said. They can’t be delivered until the Federal Aviation Administration recertifies the aircraft as safe for passenger flights. Boeing and regulators have been hammering out fixes to a faulty flight-control system and related pilot training since the crashes, which took 346 lives. 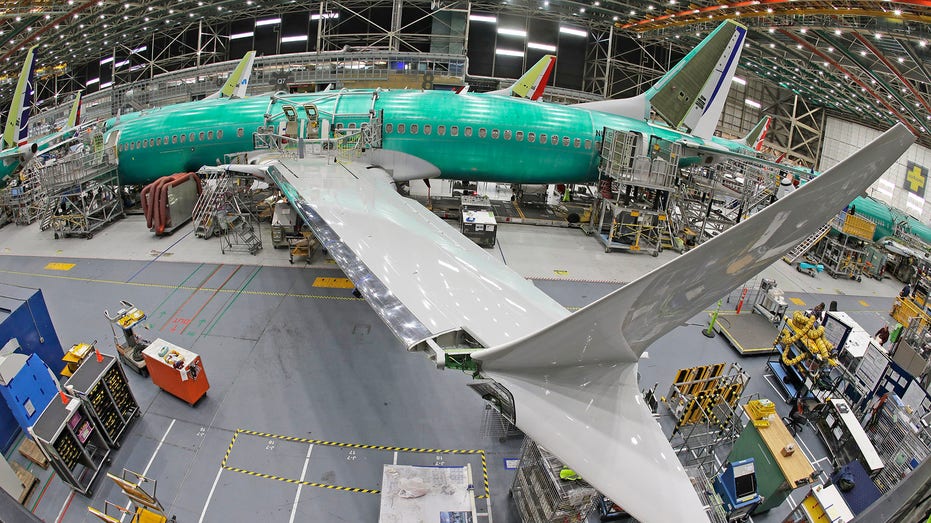 FILE – In this March 27, 2019, photo taken with a fish-eye lens, a Boeing 737 MAX 8 airplane sits on the assembly line during a brief media tour in Boeing’s 737 assembly facility in Renton, Wash. (AP Photo/Ted S. Warren)

The prospect of American walking away from some undelivered aircraft threatens to add to a growing number of so-called white tails, planes whose would-be operators have folded or whose buyers canceled their orders. A 737 MAX 8’s list price is about $120 million, but airlines have typically wound up paying about half that under customary discounts. Airlines typically pay most of an aircraft’s purchase price upon delivery.

Rob Morris, head of consulting firm at Ascend by Cirium, an aviation consulting firm, estimates that Boeing has 41 unclaimed planes in its inventory of parked MAXs, or about 10% of the total built but undelivered.

Because Boeing’s aircraft-purchase agreements generally allow customers to walk away without financial penalty if deliveries are delayed more than a year, the plane-maker could face the possibility of as many as 155 planes without takers by year’s end, Mr. Morris said.

Internally, Boeing is concerned about 100 potential such MAX white tails, one of the people familiar with the matter said. The situation could change depending on customers’ circumstances and air-travel demand.

Boeing is still struggling to deal with the fallout from the 737 MAX crisis, which has sparked a criminal investigation into the plane’s development, prompted a boardroom shake-up and ouster of its chief executive, and led to subsequent pledges to rebuild public trust. Its problems and those of the airline industry have mounted amid the pandemic.

American has 24 MAXs in its fleet, with a total of 76 on order in coming years. The carrier hasn’t threatened to walk away from its overall orders, some of the people familiar with the matter said. Since the MAX’s grounding last year, American executives have expressed frustration with delays in the effort to recertify the jet. But it has also voiced support for Boeing, its longtime supplier, and planned to bolster passengers’ trust in the jet.

More recently, the two have clashed. In May, the carrier’s CEO, Doug Parker, called Boeing CEO David Calhoun to express surprise and disappointment at Mr. Calhoun’s prediction that a major U.S. carrier would fold, a person familiar with the matter has said.

American isn’t the only carrier taking a hard line on deliveries. In March, Scott Kirby, United’s CEO, told an investor conference: “We won’t be taking delivery of even a single aircraft…unless it is fully financed until the crisis is over.” Delta Air Lines Inc. said it wouldn’t take delivery of any new jets this year.

—Alison Sider contributed to this article.