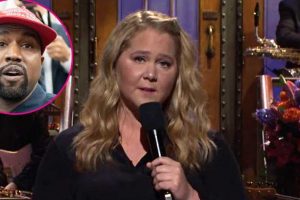 As Amy Schumer hosted her third episode of Saturday Night Live, she is making it clear that she has denounced Kanye West’s antisemitic remarks.

“My husband [Chris Fischer] is diagnosed … on the autism spectrum. He has autism spectrum disorder, [which] used to be called Asperger’s, but then they found out — this is true — that Dr. Asperger had, like, Nazi ties, Kanye,” the Life & Beth alum, 41, joked in her Saturday, November 6, monologue, before pretending like her microphone had been turned off. “Isn’t that crazy?”

For more, watch the clip above. 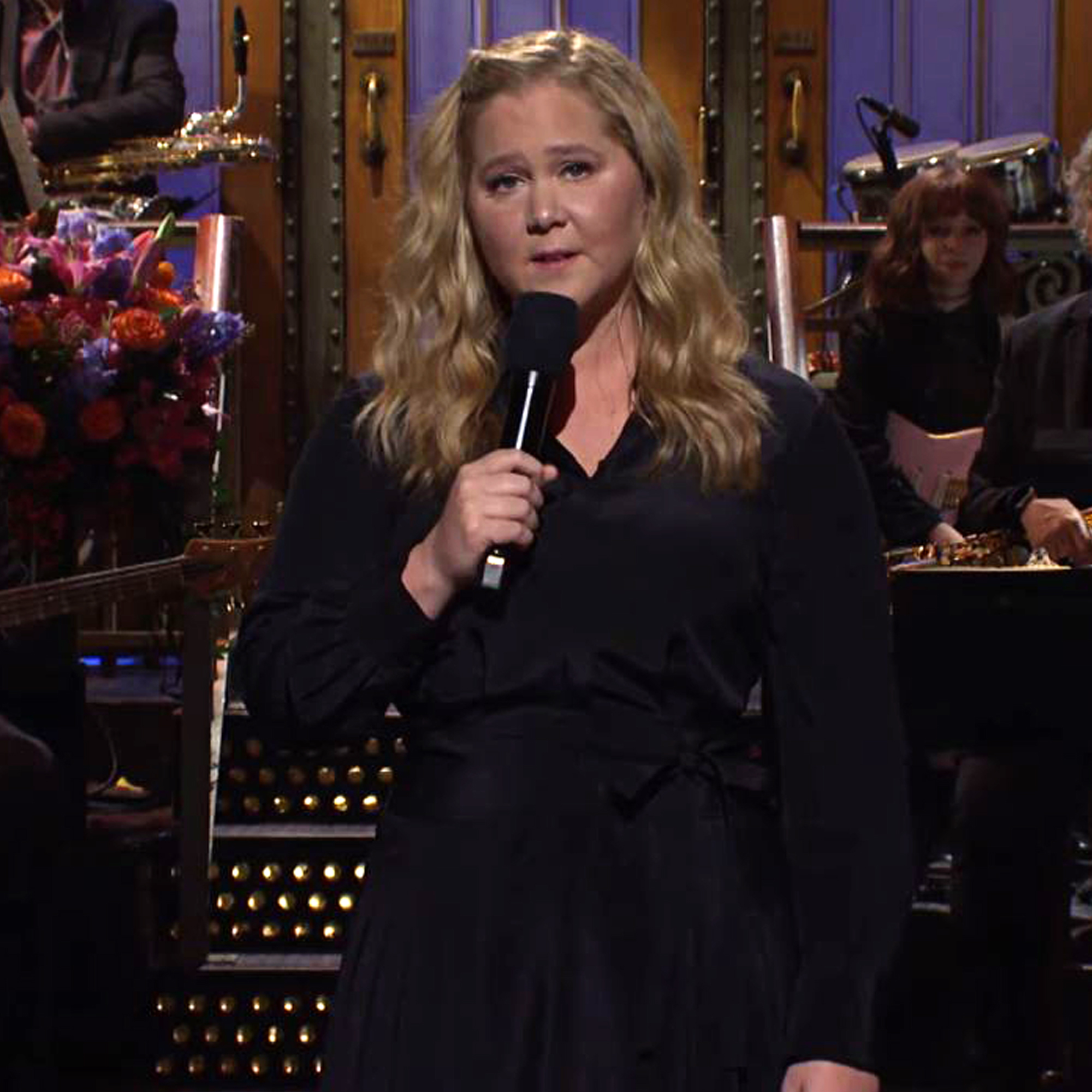 The Yeezy designer, 45, made headlines last month when he posted a string of antisemitic social media messages, in which he shared false conspiracy theories and claimed he wanted to go “death con 3” on individuals of the Jewish faith.

“I will say I’m sorry for the people that I hurt with the ‘death con’ [comments],” West later apologized during an October 19 appearance on Piers Morgan Uncensored. “I feel like I caused hurt and confusion. And I’m sorry for the families of the people that had nothing to do with the trauma that I had been through, and that I used my platform where you say hurt people hurt people. I was hurt.”

Kanye West’s Anti-Semitism Scandal: Every Brand That Has Dropped Him

The “Heartless” rapper has continued to defend his actions, but he has since lost million-dollar brand deals with Balenciaga, Adidas and Gap. Vogue magazine and CAA (Creative Artists Agency) have also cut ties with West, and Instagram and Twitter have both temporarily banned his accounts multiple times. 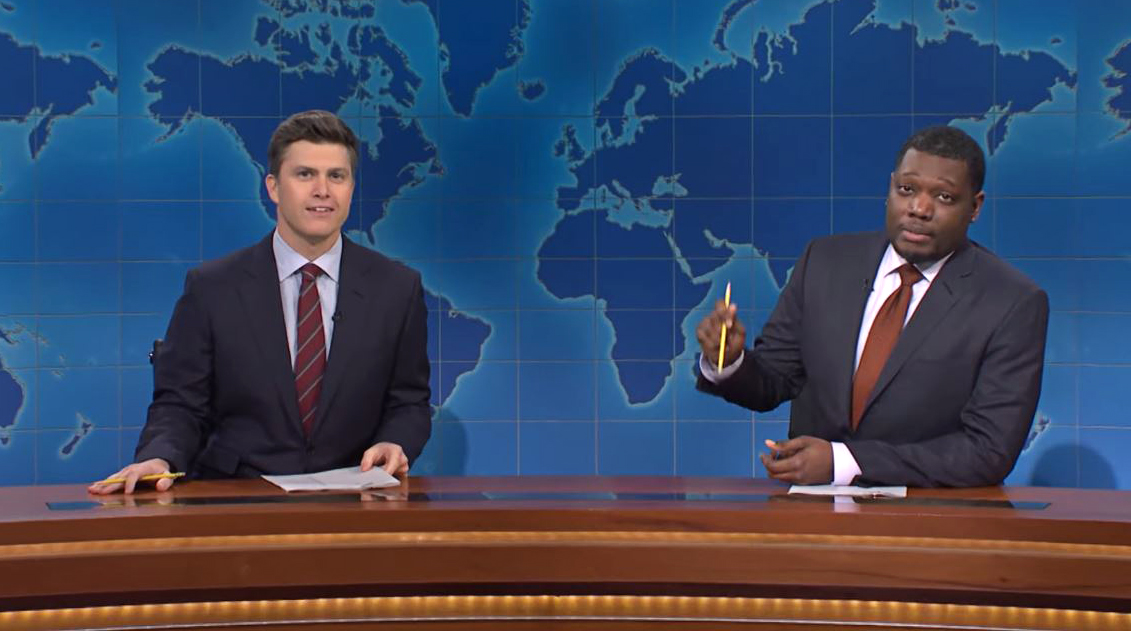 “Kanye West was suspended from Instagram again for posting a disparaging message about Jewish people,” Michael Che said during his “Weekend Update” segment on Saturday. “Huh? Seems like he’s doing the same thing over and over again and expecting different results, which I’ve heard is the definition of something.”

While the Chicago native has not publicly addressed being the subject of SNL’s jokes, the long-running variety show previously addressed his antics. During Jack Harlow’s hosting debut in October, cast members made a fictional Skechers ad and praised the footwear brand for denouncing antisemitism and kicking West out of their office following an unsanctioned visit. 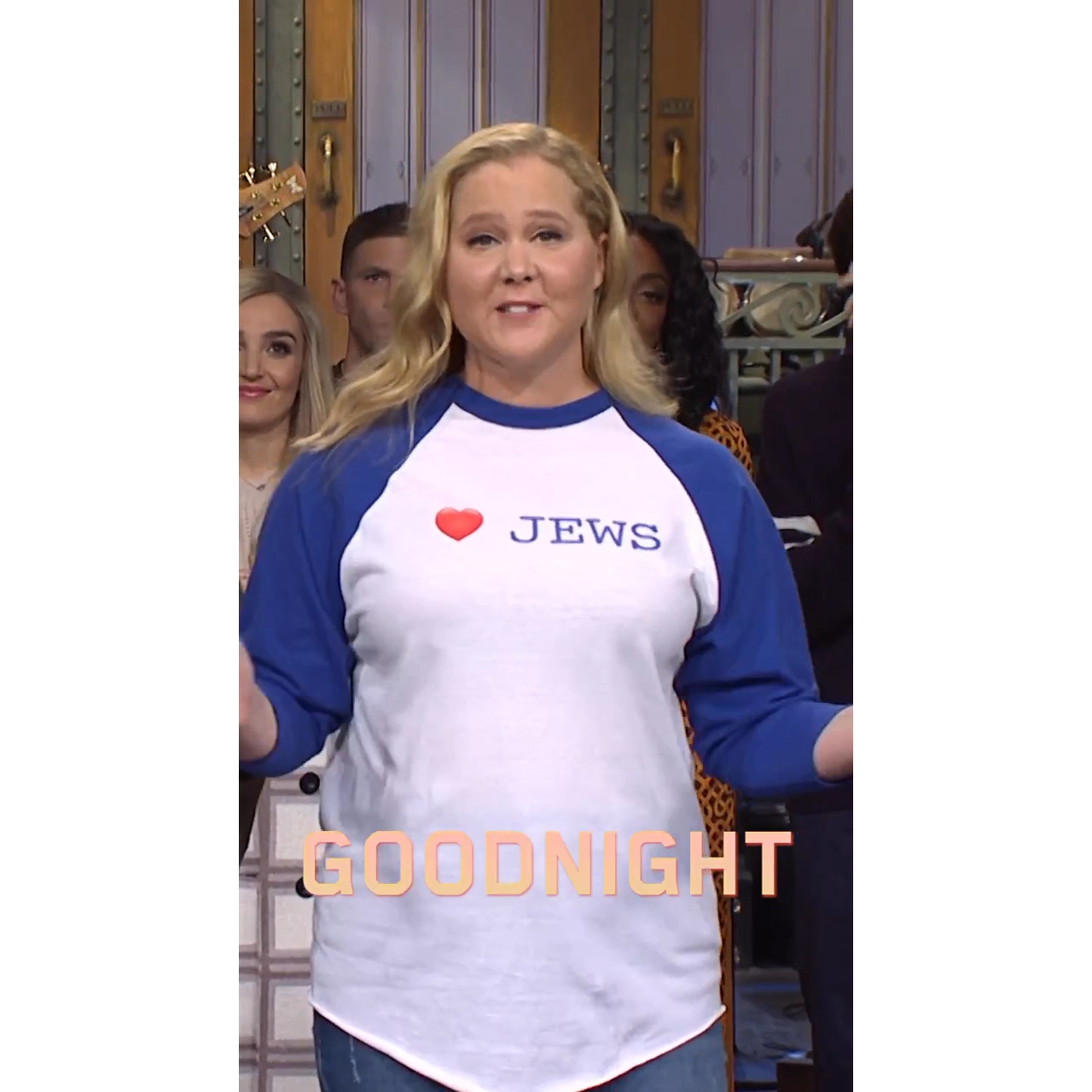 Schumer, for her part, has also been vocal about condemning West’s antisemitic actions. “If you don’t know what to post. Let’s start with this,” the Trainwreck actress captioned an October 23 Instagram post, reposting Jessica Seinfield’s statement that shared support for “my Jewish friends and the Jewish people.” She added: “Do you know what the Jewish community is afraid this will lead to? 1 in 2 people don’t know the holocaust happened. Stand up. #neveragain.”

The I Feel Pretty star doubled down on her position on Saturday as she wore a “❤️ Jews” shirt during the SNL closing credits.