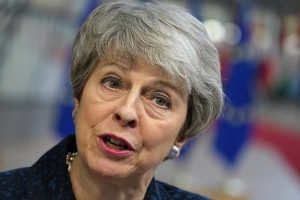 After Theresa May voted against a three-line whip for the first time in 24 years as an MP by joining last week’s Tory revolt against a foreign aid cut, Boris Johnson may well be tempted to agree with Ken Clarke’s notorious description of his predecessor as ‘a bloody difficult woman’.

If so, he would not be alone. Indeed, the author of a new book reckons she was so difficult that he questions why Mrs May was ever made Tory leader at all.

He says of May: ‘She’s very reluctant to think structurally and yet can be extraordinarily obstinate on points of detail. On top of that, she’s got very poor judgment. She is very insecure so was very manipulative about her position.’ 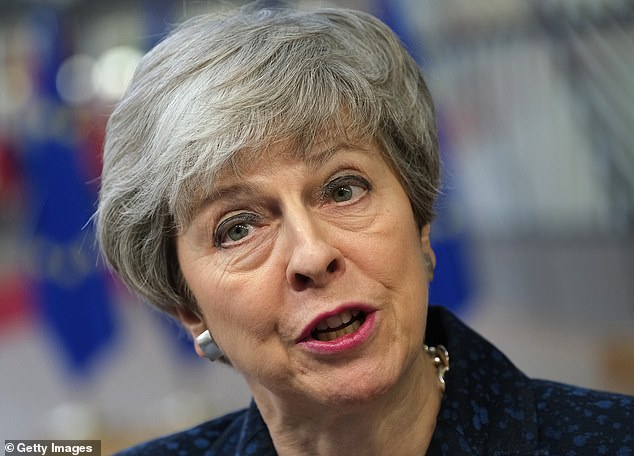 Freud adds: ‘My father was the grandson of Sigmund Freud, the inventor of psychoanalysis, and he made sure I was conversant with our family traditions. I found an awareness of psychological complexities valuable when addressing my ministerial duties.’

Except when it came to dealing with Mrs May it seems.

While he is more at home on a cricket pitch than at a football match, the Leader of the Commons, Old Etonian Jacob Rees-Mogg, draws an interesting historical parallel with England’s defeat in the Euro 2020 final.

‘This country does have a history of heroic defeats that lead on to great victories. Dunkirk led to victory in the end.’

Guess who’s in the dog house?

So-called ‘Freedom Day’ today just happens to coincide with National Get Out Of The Doghouse Day, which falls on the third Monday in July. It often applies to a spouse or partner who is in the doghouse after having done something wrong, and offers them a chance to make amends.

It might work for some, but it’s probably too late in the day for Matt Hancock, the shamed former health secretary.

Get a jigsaw done!

To many, Boris Johnson is still a puzzle, a man of many parts and difficult to piece together in order to create a clear picture of him. Now the Conservative Party is cashing in on this enigma by marketing a Boris Brexit Jigsaw. The 252-piece puzzle, at £18, shows the PM in blue boxing gloves with each bearing the slogan Get Brexit Done. Just the thing to pass the time for anyone stuck at home isolating or not being able to go abroad on holiday.

As one of Parliament’s most prominent black MPs, David Lammy announced in April that he was joining a boycott of social media companies in protest at racist trolling.

‘Companies like Twitter and Facebook have failed to take action to eradicate racism and other vile abuse from their platforms,’ he said. ‘It’s time to take a stand.’

The stand didn’t last long. In the Commons register of interests, it’s revealed the Shadow Justice Secretary was paid £2,870 by Facebook for speaking at one of their functions in London in May.

The very first question was a piece of distinctly underarm bowling by Labour MP Fenner Brockway directed at Tory PM Harold Macmillan. Which minister would meet with the British ambassador to South Africa, he wanted to know.

Tame stuff. Compare it with Boris Johnson’s first PMQs in which he was pitched against Jeremy Corbyn, the then Labour leader.

‘Jeremy Corbyn thinks our friends are in the Kremlin, and in Tehran, and in Caracas — and I think he’s Caracas!’ said Bojo.

Hard to disagree with that.