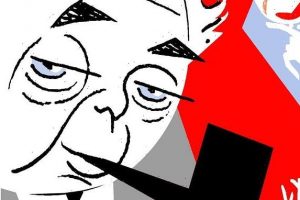 ANDREW PIERCE: Harold Wilson and the truth about Her Majesty’s favourite Prime Minister

Of the Queen’s 15 Prime Ministers, Labour’s Harold Wilson is said to have been her favourite. But how true is that claim?

A timely new biography, Harold Wilson: The Winner, by historian and Shadow Cabinet member Nick Thomas-Symonds, examines the relationship. And at the book launch last Tuesday — just before the Queen fell seriously ill — Wilson’s son Robin, 78, told me his father regularly mentioned his encounters with the monarch.

The retired mathematician revealed: ‘He talked about her wise counsel and said he could relax with her because he knew none of their conversations would ever be leaked.’

Wilson knew a thing or two about leaking: he seems to have been the source of many of the claims that he was the Queen’s favourite PM in the first place! 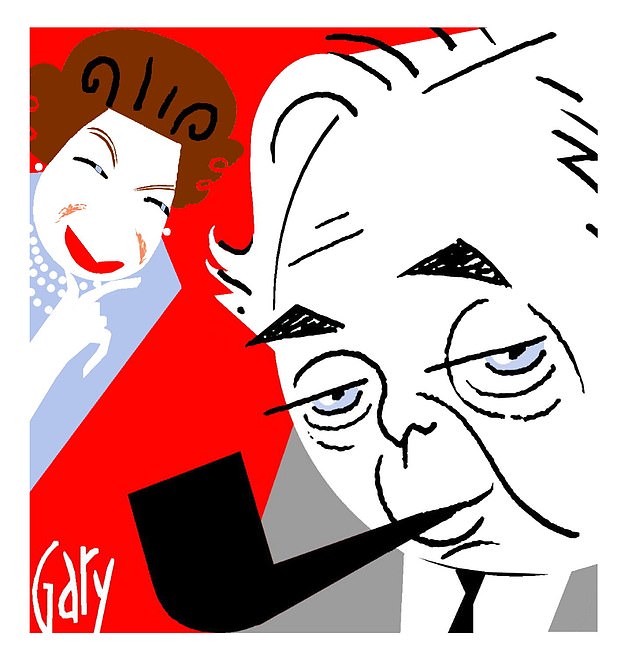 Of the Queen’s 15 Prime Ministers, Labour’s Harold Wilson is said to have been her favourite. But how true is that claim?

Within weeks of taking office in 1964, the newspapers were briefed — by the new PM himself — that he and the Queen were getting on famously. The two soon appeared together on the cover of the satirical Private Eye magazine, with the Queen telling her premier: ‘We can’t go on meeting like this.’

Although the Queen did attend a dinner at Downing Street in 1976 to mark Wilson’s departure from office — an honour otherwise bestowed only on Winston Churchill — we will never truly know what she thought of him, as of so many other things.

And, in a constitutional monarchy, that is exactly as it should be. 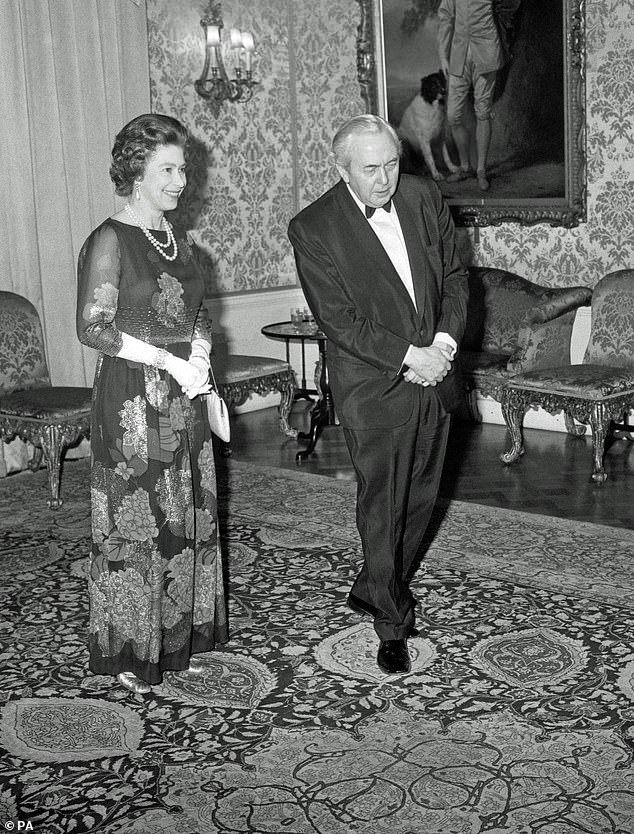 Wilson knew a thing or two about leaking: he seems to have been the source of many of the claims that he was the Queen’s favourite PM in the first place!

Talk about a baptism of fire: the soldiers from 7 Company Coldstream Guards, who were at St James’s Palace for the Accession Council, were all new recruits. Only their officers wore medals. ‘They went from basic training and Civvy Street to the most important parade for the regiment in 70 years,’ said one Whitehall source.

A place in Westminster Abbey for the Queen’s funeral next Monday will be prized by senior politicians past and present keen to witness history. That raises the worrying prospect of disgraced former Speaker John Bercow and his wife Sally (below) being among the assembled dignitaries. A humble plea to the new King: might the Bercows be seated behind a pillar . . . or perhaps they could watch it on TV in the Tower?

Controversial former MP George Galloway is quick to offer the world his memories of Her Majesty — and inevitably gives the impression that he thinks the Queen was more pleased to meet him than the other way round.

‘I ‘served’ the late Queen twice,’ he reveals. ‘Once as a wine-waiter in the Angus Hotel in Dundee and then as an MP. I told her about the first and she remembered the event.’ It’s a wonder he didn’t salute her ‘courage, strength and indefatigability’ — as he did Saddam Hussein.

Liz Truss is the first Prime Minister in almost two centuries to share a name with the Sovereign. In 1834, King William IV dismissed the Whig PM William Lamb because he opposed the party’s reforming tendencies and wanted to see the Tories in power. After the Tories lost the General Election in 1835, the Whigs returned and Lamb was reinstated. No monarch has since dissolved a government for their own ends.

When new Chancellor Kwasi Kwarteng was first running to be an MP in 2010, he was confronted on the campaign trail by a tattooed, shaven-headed man. ‘Ere,’ said the man, according to Charles Moore in The Spectator. ‘Is it true you didn’t go to an ordinary school like us ordinary people: you was at Eton?’ When brainbox Kwarteng — who got to the school thanks to a scholarship — nodded, the skinhead replied: ‘Good. I don’t want the country run by bloody oiks!’

Spotted last week in a West London Wilko, the homeware shop for those on a tight budget: Old Etonian former Prime Minister David Cameron. Does his famous shepherd’s hut need a makeover?