Home » Lifestyle » ANDREW PIERCE: Rishi Sunak is likely to be our next Prime Minister

ANDREW PIERCE: Rishi Sunak is likely to be our next Prime Minister 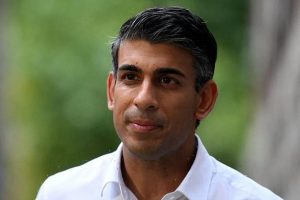 ANDREW PIERCE: The force is strong… Rishi Sunak is the Star Wars fan who is likely to be our next Prime Minister

Every lunchtime in the House of Commons last week Rishi Sunak positioned himself at the same table in the MPs’ dining room as part of a non-stop charm offensive.

One day his dining companion was David Davis, who ran for the leadership himself in 2005 and supported Penny Mordaunt in the summer leadership contest.

When it comes to leadership contests it pays to hook the big fish, and canvassers from the Mordaunt camp tried desperately to persuade Davis to stay true to the outsider but their efforts were in vain. 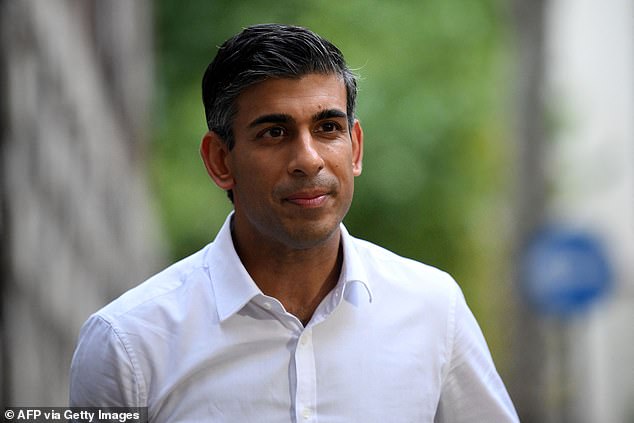 ANDREW PIERCE: When he lost to Liz Truss in the poll of party members earlier this year, Rishi Sunak told his most trusted aides that it could be the end of his frontbench political career

When he lost to Liz Truss in the poll of party members earlier this year, Sunak told his most trusted aides that it could be the end of his frontbench political career.

But he also made a quiet calculation that her economic programme could implode, and quickly – and he would have another chance.

And so it proved. But determined not to come across as the man who brought down Truss – following his leading role in the toppling of Boris Johnson before her – he disappeared from the airwaves altogether.

His Twitter account remained dormant (except for a tribute to the late Queen) as the Truss administration unravelled – until yesterday when he posted his leadership application.

An MP since 2015, he succeeded William Hague, a previous Tory leader, as the MP for Richmond in Yorkshire and made his mark with a maiden speech that was a master class of the genre.

‘Wandering through an auction market, I was introduced to a farmer as the new William Hague,’ he told the Commons. 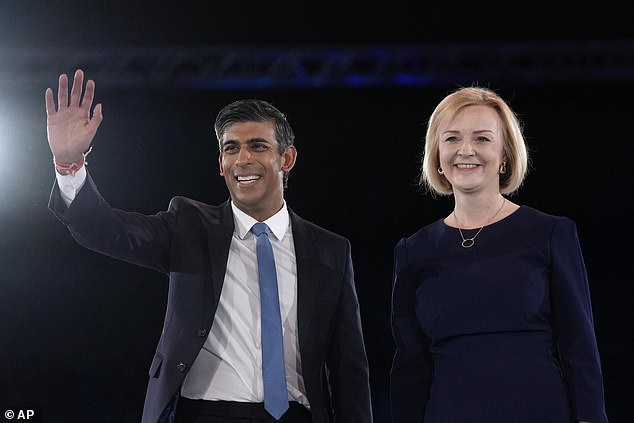 ANDREW PIERCE: Determined not to come across as the man who brought down Truss – following his leading role in the toppling of Boris Johnson before her – he disappeared from the airwaves altogether

‘He looked at me, quizzically, then said, ‘Ah yes, Haguey! Good bloke. I like him. Bit pale, though. This one’s got a better tan’.’

His rise up the political ladder since then has been rapid. He was an early backer of Brexit and a local government minister within three years of becoming an MP.

He was appointed Chief Secretary to the Treasury the following year before being promoted to Chancellor in February 2020.

Born in Southampton to second-generation Indian Punjabi parents –his father was a GP, and his mother ran her own pharmacy – Sunak went to Winchester College, a £43,000-a-year public school where he rose to become head boy.

From there it was a natural step to study Philosophy, Politics and Economics at Oxford, which he topped up with an MBA from California’s prestigious Stanford University.

It was there that he met his wife Akshata, the daughter of billionaire N R Narayana Murthy, India’s sixth richest man. 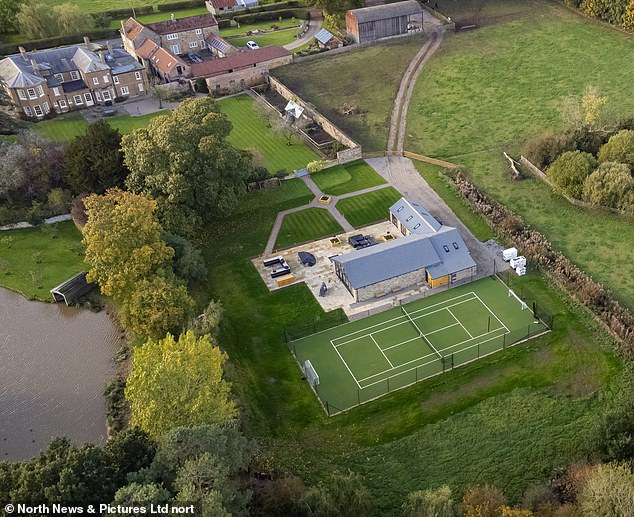 ANDREW PIERCE: The couple enjoy an affluent lifestyle, with a £7million mews house in west London, and a £1.5million manor house in his Yorkshire constituency, (pictured) where he is known locally as ‘the Maharaja of the Dales’

They married in 2009 in her home city of Bangalore in a two-day ceremony attended by 1,000 guests, and went on to have two daughters.

She has a £715million shareholding in Infosys, her father’s multi-national IT company.

And while Sunak could not hope to compete on the wealth front, he had made his mark in the City.

Between 2001 and 2004 he worked for Goldman Sachs and he later worked for a London-based hedge fund before setting up his own business, Theleme Partners, in 2010, with an initial fund of $700million under management.

His wife, who stays out of the political limelight, was at the centre of a major row over her financial affairs when it emerged in April that she was a non-dom: a status that meant she did not have to pay British tax on her foreign income.

Sunak reacted with fury to questions over his wife’s tax status but within days she was forced to agree to start paying British taxes on all her worldwide earnings in what was seen as a move to save her husband’s career. 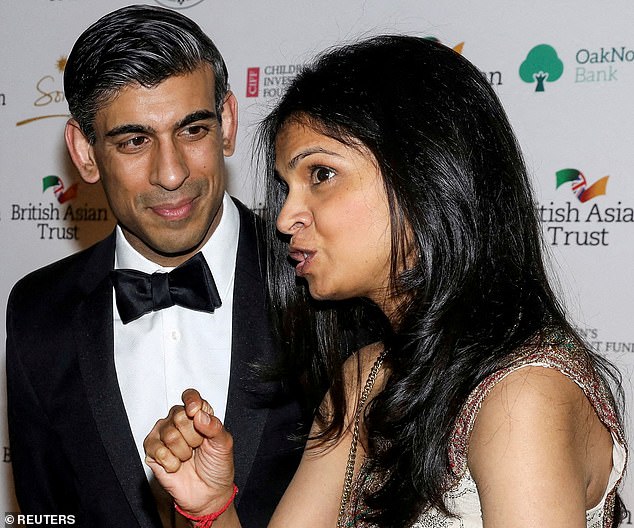 He was also damaged by the revelation that he kept his green card – which gives the right to live and work in the US – until 2021.

The couple enjoy an affluent lifestyle, with a £7million mews house in west London, and a £1.5million manor house in his Yorkshire constituency, where he is known locally as ‘the Maharaja of the Dales’.

The summer garden party he and his wife throw for local villagers is by far the most glamorous invitation in the Yorkshire social calendar. Uniformed staff serve champagne and canapes as guests mingle alongside the ornamental lake with its boathouse, private wooded island and paddocks set in 12 acres.

This has recently been supplemented by a gym and swimming pool complex.

Their property portfolio is completed by a buy-to-let flat in London and a £5.5million penthouse in Santa Monica, California.

As Chancellor, he may have tightened the nation’s belt in his last Budget, in which he raised the nation’s tax burden to its highest level since 1950, but he spares no expense when it comes to his personal wardrobe.

He opts for £3,500 suits from Henry Herbert in Savile Row and £160 tight hand-crafted shirts.

His footwear is not less elegant and he was recently ridiculed for wearing a £450 pair of Prada shoes on a visit to a building site in Teesside.

One of Sunak’s closest friends in politics is Sajid Javid, the son of Pakistani immigrants.

When Sunak was Chief Secretary to the Treasury, Javid was his boss.

The two men share an unlikely love of Star Wars.

In December 2019, Sunak tweeted a photo with Javid after they had gone to the cinema to watch the latest instalment of the blockbuster franchise.

Sunak captioned the photo: ‘Great night out with the boss – Jedi Master.’ To which Javid replied: ‘The Force is strong in young Sunak.’

It certainly is. Three years later it’s Sunak who is Prime Minister and Javid who is on the backbenches.