Home » Lifestyle » ANDREW PIERCE: So that’s why bets are off on Mogg vs May

ANDREW PIERCE: So that’s why bets are off on Mogg vs May

ANDREW PIERCE: So that’s why bets are off on Rees-Mogg vs May – insider reveals why Eurosceptic MPs didn’t back the bid to oust the Prime Minister

No wonder Jacob Rees-Mogg’s European Research Group (ERG) made such a hash of trying to topple Theresa May.

The group failed miserably to secure the support of 48 MPs, 15 per cent of the parliamentary party, to trigger a no-confidence vote against the PM.

At the end of last week Rees-Mogg, the chairman of the ERG, was reduced to the sorry spectacle of making a public plea for MPs to come forward.

He said: ‘I think it is now or the Prime Minister will lead the Conservatives into the next election.’ 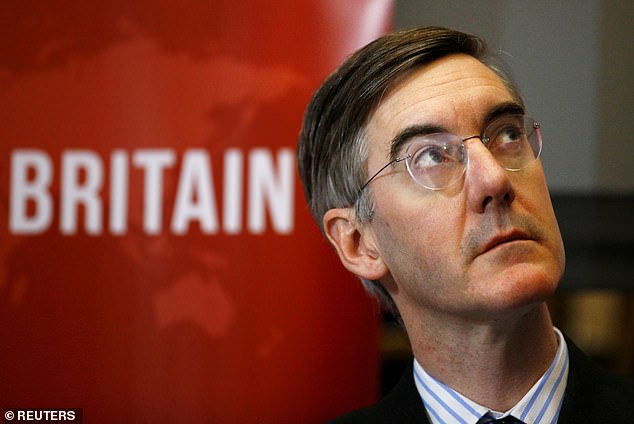 At the end of last week Rees-Mogg, the chairman of the ERG, was reduced to the sorry spectacle of making a public plea for MPs to come forward

Former Cabinet minister John Redwood, a leading member of the ERG, has revealed why there has been no co-ordinated action against the PM.

Redwood, in his blog, said: ‘We all agree that the draft Withdrawal Agreement is unacceptable, and as far as I know all will vote against it if it reaches the Commons as draft legislation. But the ERG as a group does not have a view on the future of the PM.’

He said the ERG had only one formal discussion about Mrs May. ‘Our aim as a group is to concentrate on the issues around withdrawal and set out a clear path on the ones where the group has something important to say. The future of Mrs May is not within our normal remit.’

Veteran Labour luvvie Lord Bragg has let rip at David Cameron over Brexit. ‘He’s a smarmy PR man who ran a lousy campaign then ran away. We’ve never heard a pip or squeak from him, he didn’t go on the Remain march, he didn’t go on anything. He could have saved his name by leading the Remain minority,’ Bragg told political magazine House, with characteristic Cumbrian bluntness. 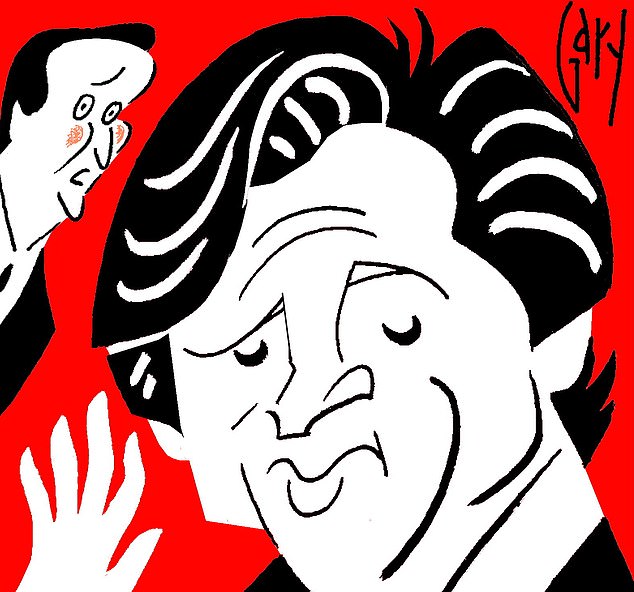 Veteran Labour luvvie Lord Bragg has let rip at David Cameron over Brexit: ‘He’s a smarmy PR man who ran a lousy campaign then ran away’

Don’t back on Barclay, chaps

One Tory pressure group that is calling for Theresa May to go is Conservative Voice. It was launched in Westminster in 2012 by two future Brexit Secretaries, David Davis and Dominic Raab, who were then backbenchers.

Liam Fox, now the Secretary of State for International Trade who is a friend of May’s, was also backing the group which was set up to encourage David Cameron, then the PM, to adopt more traditional Tory policies such as tax cuts.

Another MP at the launch was the then obscure Tory MP for North East Cambridgeshire, Steve Barclay. This month, he was the surprise choice to be May’s third Brexit Secretary.

Will he make it a hat-trick and quit, too?

Although Theresa May feels she is fighting a war on all fronts, she is unlikely to take up former Labour MP Austin Mitchell’s suggestion on where to finalise the Brexit deal.

Referring to the place where the World War I armistice was signed, and where Hitler got his revenge in 1940, Mitchell mischievously tweets: ‘Will the British surrender document be signed in the railway carriage in Compiegne?’

‘I think that mercifully we have reached #PeakMogg #ThereisaGod,’ he tweeted.

His followers, who misread the comment as ‘#TheresaGod’, feared the grandee was taking loyalty too far.

Another win for Corbyn ‘cabal’

Little noticed recently was Angela Smith, a Labour MP who is no fan of Corbyn, losing a local party no-confidence vote.

Smith described the 27-20 result as a victory for a ‘cabal of hard-Left members’.

The MP for Penistone and Stockbridge in Yorkshire, who has a majority of only 1,322 over the Tories, said: ‘Given the country is facing its biggest crisis since Suez, one would have thought their attention would be better focused on the huge decision facing the nation.’