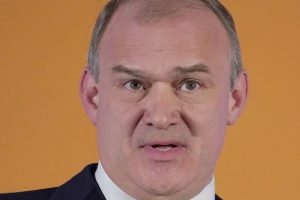 The Post Office scandal erupted again last week as a long-overdue public inquiry into the fiasco began — and the Mail revealed that 33 postmasters have died without getting justice.

Widely regarded as one of the worst miscarriages of justice in our history, the saga saw more than 700 postmasters and mistresses wrongly prosecuted for theft and false accounting from 2000 to 2014, due to a faulty IT system and shamefully arrogant behaviour by the Post Office.

Some were jailed, others took their own lives and many were saddled with ruinous debts. 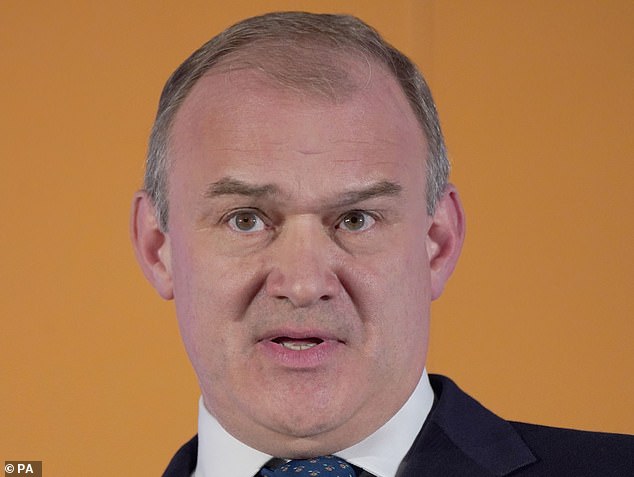 For almost two years, ardent-Remoaner Davey served as Postal Affairs Minister in the coalition government. He was contacted by desperate postmasters numerous times about the scandal

Last week, politicians of all stripes expressed their outrage at the shambles.

Tory peer Lord Arbuthnot condemned ‘the delay, the obfuscation and the restrictiveness of the Post Office’ and Labour’s Kevan Jones called it a ‘devastating tragedy’.

But what of Lib Dem leader, Sir Ed Davey?

For almost two years, ardent-Remoaner Davey served as Postal Affairs Minister in the coalition government. He was contacted by desperate postmasters numerous times about the scandal.

You might have imagined, therefore, that Sir Ed would have been among the first to speak out. But you’d be wrong. He has remained oddly silent about the scandal on social media and made no statements in the Commons.

As Labour MP Karl Turner, a former barrister who represented a victim, told me: ‘The truth is, as the minister responsible for the Post Office — then a government-owned and controlled business — Davey either didn’t ask the right questions or was told lies by Post Office executives. Which is it?

‘We will only get to the truth about this shocking scandal when those at the top ‘fess up’.’ 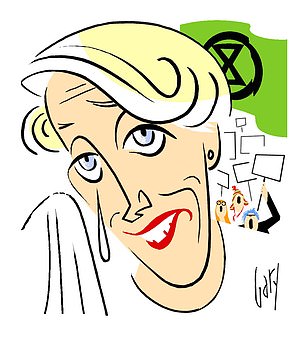 It accuses successive governments of using tactics such as batons and horse charges at demos. ‘The detail on police behaviour is dreadfully shocking and distressing,’ Emma wails.

Not, perhaps, as shocking as flying in first-class from New York for an Extinction Rebellion protest against climate change, as Dame Emma did in 2019.

As fears of a Russian invasion of Ukraine mount, I am reminded of a 2003 meeting between the Queen and President Vladimir Putin.

‘Sorry, Your Majesty, about the dog!’ said Blunkett. To which the Queen is said to have wryly replied: ‘Dogs have interesting instincts don’t they, Mr Blunkett?

An obituary notice appeared last week for the remarkable Tessa Gaisman, Mrs Thatcher’s diary secretary at No 10 for several years. When the IRA bomb went off at Brighton’s Grand Hotel during the 1984 Tory conference, the redoubtable Mrs Gaisman and fellow secretary Amanda Ponsonby bravely rescued the draft of the speech they had been working on as the bomb went off.

Mrs Thatcher was able to deliver it, with a new opening referencing the attacks, the next day. As Lord (Charles) Moore, Mrs T’s official biographer, rightly points out: ‘With secretaries such as these, there was some peace at the heart of the whirlwind… We shall not look upon their like again.’

Glossy gossip rag OK! has released a ‘Special Historic Royal Collector’s Edition’ with the Sussexes on the cover.

‘A desire to be royal in a different way is something that defined Diana, and that very much lives on through Harry,’ it gushes. His way of ‘being royal’ is certainly different, quitting the Royal Family to live in LA opulence.

Angela not party to broadcast

In a party political broadcast last week, Labour’s Sir Keir Starmer was all smiles with his shadow chancellor Rachel Reeves.

But there was no sign of the party’s most senior female MP, Starmer’s stiletto-shod deputy Angela Rayner. Why ever not? My mole on the Opposition benches tells me Starmer consistently sidelines his deputy — and the film is only the most recent snub.

‘They can’t stand each other!’ adds the source. ‘Angela will have wanted to be in that broadcast — now she’ll be planning her revenge.’