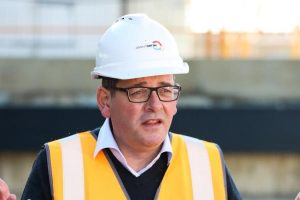 A plan by Victorian Premier Daniel Andrews to slash international arrivals until more people are vaccinated has prompted criticism that his government has given up on the hotel quarantine system and thousands of Australians stranded overseas.

Warning the country still had very few instruments to manage outbreaks outside of lockdowns, Mr Andrews said he would take a plan to national cabinet on Friday to reduce international arrivals by between 75 and 80 per cent. 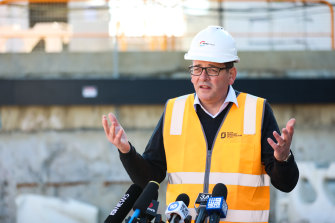 Lock out, not down: Premier Daniel Andrews wants to reduce international arrivals by at least 75 per cent.Credit:Getty

“But this virus keeps changing on us, and we have to change as well.”

The Premier’s push to reduce arrivals cames as the country recorded its highest daily number of vaccinations on Thursday, with 161,390 doses administered. It takes the total to 7.8 million doses of AstraZeneca and Pfizer delivered in five months.

Prime Minister Scott Morrison announced a no-fault indemnity scheme for doctors on Monday, sparking a backlash from Queensland in particular, after the he said people under 40 could go to their GPs to get advice on AstraZeneca.

Mr Andrews’ plan to restrict arrivals, supported by the Queensland and Western Australian premiers, would last three to four months. By then Australia will have vaccinated a greater proportion of the population, equipping governments with a “full toolbox” of responses.

With new figures showing the country’s quarantine hotels have a rising number of COVID-positive travellers in the past fortnight, health officials are worried about the growing proportion of returned travellers carrying the Delta strain of the virus. 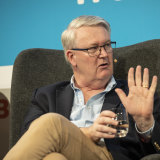 “Those who’ve had no control over those things are the ones who bear the price,” he said.

“The reduction in arrivals is not just a function of changing risk, it’s also a function of the degree of preparedness in order to manage that.”

Professor Toole said the Premier’s call for a cut of up to 80 per cent was dramatic and amounted to “putting our hands up and giving up” on making hotel quarantine safe.

He said the some states had not done enough work to improve ventilation in their hotels and reduce the risk of airborne transmission.

“We owe it to Australian citizens to have them back, and we can do better in hotel quarantine,” he said.

As Queensland’s Chief Health Officer Jeanette Young stood by her stance that under-40s should avoid getting the AstraZeneca vaccine on Thursday, Mr Andrews backed the Commonwealth’s position by telling Victorians to get their advice from doctors, not politicians.

“AstraZeneca is safe, but it is really important to have a conversation about your individual circumstances,” he said.

New arrivals data on Thursday showed more than 10,000 travellers entered Australia to visit friends, go on holiday or for business trips in April.

Queensland’s deputy Premier Steven Miles has accused the federal government of allowing people who can “afford a business-class flight or a charter flight” to leave the country – although his boss, Ms Palaszczuk, is separately pitching to fly to the Tokyo Olympics this month to promote Brisbane’s bid for the 2032 games.

Renewing his own demands for the Commonwealth to grant fewer overseas travel permits, WA Premier Mark McGowan on Thursday revealed almost 2000 of 51,000 hotel quarantine guests in his state since March last year had been through at least twice. Two people have quarantined on six separate occasions, Mr McGowan said.

“So in other words, there’s a large group of people who are going overseas on multiple occasions and every time they go overseas they increase the risk.”