Home » Lifestyle » ANNA MIKHAILOVA: Frankly, my dear Dom, we don't give a damn

ANNA MIKHAILOVA: Frankly, my dear Dom, we don't give a damn 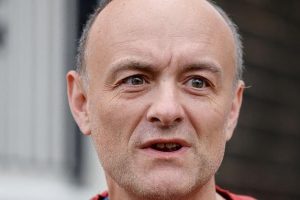 ANNA MIKHAILOVA: Frankly, my dear Dom, we don’t give a damn

Looking for a summer cleanse? I’ve unsubscribed from Dominic Cummings’ newsletter. In fact, it was the first thing I did ahead of a break from Westminster – but more on that later.

It certainly felt overdue. Like everyone who leaves a job in Downing Street, Dom’s £100-a-year musings bring diminishing returns – and his readership is now more Goings than Cummings.

Naturally, Dom has a different view of himself. In a recent newsletter, he humbly gave the nation his list of favourite films.

A list, I stress, that absolutely no one asked for. That didn’t stop Dom from putting asterisks next to seven of them, which he said was his ‘guess at what people 100 years hence will find most interesting on this list’. One hundred years? Classic Dom. 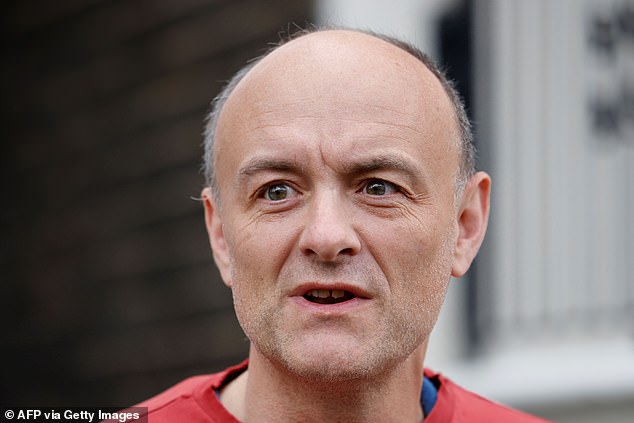 Looking for a summer cleanse? I’ve unsubscribed from Dominic Cummings’ newsletter. In fact, it was the first thing I did ahead of a break from Westminster – but more on that later

Fittingly for a deluded fading star, it included Sunset Boulevard. Also, Citizen Kane, about a media mogul whose last word was ‘Rosebud’.

Sadly, the tosh Dom spouted in the Rose Garden after his ill-fated trip to Barnard Castle was far from his last in public.

That day in May 2020, we hacks were ushered into the walled Downing Street garden – but only after being required to hand in our phones. It was the height of daily televised Covid scaremongering when even sitting on park benches was off limits.

Dom kept us waiting for the best part of an hour, until, like Norma Desmond, he was ready for his close-up. He clearly learned nothing from Glengarry Glen Ross, another classic on his list. In it, Al Pacino’s self-serving salesman says: ‘Always tell the truth, it’s the easiest thing to remember’. Not for Dom, who repeatedly told me on air that his Barnard Castle jaunt with his children in the car, on his wife’s birthday, was to test his eyesight after recovering from Covid.

But out in the cold a few months later, he suddenly had Total Recall of all the sex scandals, graft and cronyism that eluded him while he helped run the country.

Alas, most of his focus has been a vendetta against Carrie Johnson, which perhaps explains the inclusion of Gone With The Wind on his list. Scarlett O’Hara’s ability to turn velvet curtains into an equally plush gown gives Carrie Antoinette’s love of fancy drapes a run for her money.

To date, Cummings has failed to grasp, when it comes to most of his Carrie psychodrama, that frankly my dear, we don’t give a damn.

Then there’s Wall Street, the movie that gave us ‘Greed is good, greed is right. Greed Works’ – a mantra that guided those in the chumocracy who cashed in on Covid contracts.

Finally, his political film of choice is All The President’s Men, about two reporters exposing a corrupt head of state.

Dom, of course, had supine favourites in the media who offered themselves as another kind of ‘deep throat’ to those in power. Speaking of which, the biopic of Cummings, Brexit: The Uncivil War, (consultant: Tim Shipman) did not make the cut of our hero’s favourite films.

As for me, to quote our outgoing PM, it’s Hasta La Vista, Baby. Next week, I go on leave to focus on other things, so this column will be on a short hiatus until I return.

Do continue to send tips to [email protected], which I’ll still pick up. I’ll Be Back.

What a gloriously bonkers stream-of-consciousness Cleo Watson has written in toff bible Tatler. She was Johnson’s deputy Chief of Staff – a £75,000 role that, she reveals, involved being the naughty PM’s posh nanny. Surely Jacob Rees-Mogg could have just lent Boris one of his?

It is unclear whether the current deputy Chief of Staff, David Canzini, has continued Watson’s duties – from taking the PM’s temperature to reminding him to wash his hands (to borrow from Lady Macbeth, will they ne’er be clean?).

Whatever it is, we are unlikely to find out.

Canzini’s arrival coincided with a trend among special advisers to set their WhatsApps to ‘disappearing messages’ on their work phones. Anything they send is soon automatically deleted. Good luck to future inquiries trying to get written evidence.