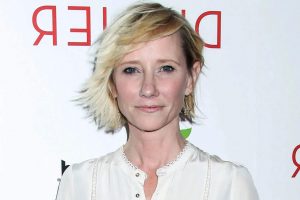 Harrowing new details. The late Anne Heche was trapped in the burning home she crashed into for 45 minutes before firefighters could free her, new documents reveal.

Everything to Know About Anne Heche’s Deadly Car Crash

Recordings of radio communications obtained by NBC4 on Thursday, September 1, revealed that Los Angeles firefighters couldn’t access the car for at least 20 minutes, and it took another 20 minutes to remove the car from the building so that first responders could rescue the actress.

“Given the heavy fire and smoke conditions, it wasn’t that you could clearly see into the vehicle or clearly be able to access it,” Los Angeles Fire Department deputy chief Richard Fields told the outlet. “Heavy smoke conditions, heavy fire conditions, which makes it very difficult for us to just see each other on the inside of a working structure fire.”

When responders located Heche, she was no longer in the driver’s seat of the vehicle. Fields clarified that the Daytime Emmy winner was found on the floorboard of the passenger seat.

The Men in Trees alum crashed her Mini Cooper into a home in L.A. on August 5. The Ohio native was initially conscious and able to speak to firefighters while she was transported to the hospital, but three days later, her rep revealed that she had slipped into a coma.

Heche, 53, was declared legally dead on August 12 but was kept on life support for two more days while her organs were harvested for donation. The Los Angeles County Medical Examiner-Coroner later confirmed that the Volcano star died of smoke inhalation and thermal injuries.

Anne Heche Through the Years: From ‘Another World’ to Movie Stardom

“Today we lost a bright light, a kind and most joyful soul, a loving mother, and a loyal friend,” the star’s rep said in an August 12 statement on behalf of Heche’s family and friends. “Anne will be deeply missed but she lives on through her beautiful sons, her iconic body of work and her passionate advocacy. Her bravery for always standing in her truth, spreading her message of love and acceptance, will continue to have a lasting impact.”

Earlier this week, Us Weekly confirmed that the Wag the Dog actress died without a will. Her eldest son, Homer Laffoon, filed paperwork to be put in charge of his mother’s estate. Heche shared Homer, 20, with ex-husband Coleman “Coley” Laffoon. She was also the mother of son Atlas, 13, whom she shared with ex James Tupper.

“The Estate consists of two (2) intestate heirs — Homer Heche Laffoon and Atlas Heche Tupper. Homer Heche Laffoon is an adult and the proposed Administrator. Atlas Heche Tupper is a minor,” the court documents read. “Filed concurrently with this petition is a Petition for Appointment of Guardian ad Litem for the minor, which specifically requests that the guardian ad litem be granted the authority to waive bond on behalf of the minor.”