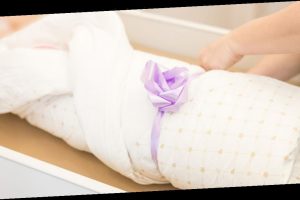 When a woman tragically lost her baby, one of her friends wasn’t there for her.

Instead of being sympathetic, she asked the grieving mum to return a gift she’d purchased for the newborn.

Understandably distressed by this request, the woman took to Facebook for advice.

She wrote: “I didn’t want to put this out here but I have no choice…

“(My friend) bought me some beautiful gifts for baby Benjamin for when he was born – a soft fleece blanket, cuddly elephant, booties, some clothes and a singing toy.

“I didn’t ask for these things as I said they were gifts.” The mum continued: “Well… As you all know I lost Benjamin at 29 weeks. I gave birth to him but he did not survive.

“A week later (my friend) messages me asking if Benjamin used or touched the things she bought because if not… she wanted them back!

“I wrapped him in the beautiful blanket she got him and he was buried with it too.

“She wasn’t happy about it and asked for the £7 she’d spent on it back as well as the other gifts that could go to another one of our friends’ babies.”

It comes as no surprise that people were outraged by the friend’s actions.

One commenter said: “Imagine harassing a grieving mother over stuff that amounts to pocket change.”

Another wrote: “I can’t even imagine having the audacity to do something like this.”

And a third added: “I would cut this c*** out of my life immediately.

“Even her lack of intelligence is appalling. Who writes like this.”

END_OF_DOCUMENT_TOKEN_TO_BE_REPLACED

END_OF_DOCUMENT_TOKEN_TO_BE_REPLACED
We and our partners use cookies on this site to improve our service, perform analytics, personalize advertising, measure advertising performance, and remember website preferences.Ok