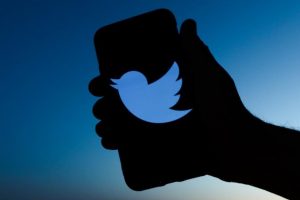 Elon Musk unleashed a stream of confrontational Twitter posts directed at Apple — including claiming that the tech giant has threatened to remove the Twitter app from the Apple App Store without providing a reason for doing so.

“Apple has also threatened to withhold Twitter from its App Store, but won’t tell us why,” tweeted Musk, who has assumed the role of CEO of Twitter since closing the $44 billion deal for the company on Oct. 27.

Apple did not immediately respond to a request for comment.

Musk on Monday also claimed that “Apple has mostly stopped advertising on Twitter. Do they hate free speech in America?” He tweeted at Apple CEO Tim Cook, “What’s going on here @tim_cook?”

As he has previously, Musk called out Apple’s “30% tax” on purchases through the App Store. The tech mogul also implied that Apple has “censored” certain apps, citing a post from LBRY, a blockchain-based file-sharing and payment network, that said, “During Covid, Apple demanded our apps filter some search terms from being returned. If we did not filter the terms, our apps would not be allowed in the store.”

And Musk quote-tweeted a user who pointed out that Epic Games — amid its fight with Apple over payment terms for “Fortnite” — had created a parody of Apple’s famous “1984” ad calling attention to Apple’s “monopoly” in the app market.

Apple publishes an extensive list of guidelines that developers must adhere to in order for their apps to be published in the App Store. With respect to social media services and other apps with user-generated content, Apple says such apps must include “A method for filtering objectionable material from being posted to the app”; “A mechanism to report offensive content and timely responses to concerns”; and “The ability to block abusive users from the service.”

Meanwhile, Musk recently suggested that he would build his own smartphone if Apple and/or Google pulled Twitter from their respective app stores.

Right-wing podcaster and former OANN host Liz Wheeler tweeted on Friday, “If Apple & Google boot Twitter from their app stores, @elonmusk should produce his own smartphone. Half the country would happily ditch the biased, snooping iPhone & Android. The man builds rockets to Mars, a silly little smartphone should be easy, right?”

Musk responded, “I certainly hope it does not come to that, but, yes, if there is no other choice, I will make an alternative phone.”