Baby Archie is the ‘most peaceful and placid child’ – but new parents Harry and Meghan are still feeling ‘rather tired’, a royal source claims

Baby Archie Mountbatten-Windsor is the ‘most peaceful and placid child’, a royal source has revealed.

The Duke and Duchess of Sussex welcomed their son on Monday morning and presented him to the world in a photocall at Windsor Castle yesterday.

Speaking to Harper’s Bazaar, a source close to the couple told how Harry, 34, and Meghan, 37, are ‘rather tired’ despite their baby’s docile nature.

‘This was a very special moment for the couple—one they won’t forget,’ the source said. 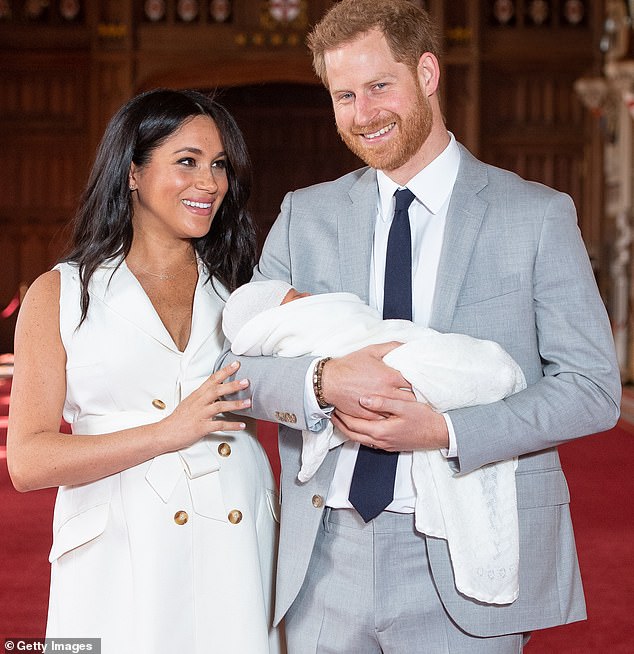 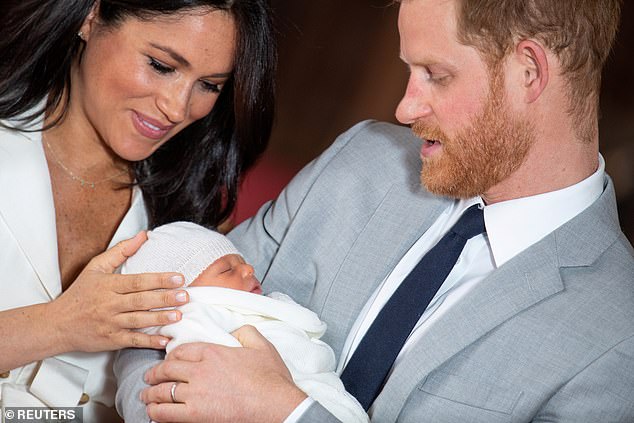 Archie is said to be a ‘peaceful and placid’ child, with Meghan revealing yesterday her son has ‘the sweetest temperament’

‘The baby is the most peaceful, placid child you’ll ever meet. They are so proud but probably quite relieved to have gotten the photos out the way … They’re rather tired!’

Harry and Meghan’s first born, who is seventh in line to the throne, made his debut with his mother and father at the castle on Wednesday.

The two-day-old infant was lovingly cradled by his adoring father and watched attentively by Meghan, who was herself pictured for the first time in six weeks since withdrawing from public life ahead of the birth.

The couple appeared to be beside themselves with joy, giggling and looking into each other’s eyes as they spoke, while Harry could not resist sneaking a peek down at his son as he apparently slept. 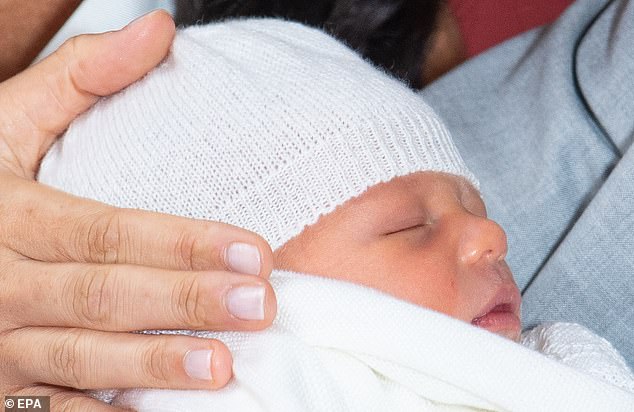 Speaking for only three minutes from inside the majestic St George’s Hall at Windsor Castle, a radiant Meghan declared: ‘It’s magic, it’s pretty amazing. He’s just been the dream so it’s been a special couple of days.

‘I have the two best guys in the world so I’m really happy. He has the sweetest temperament, he’s really calm.’ 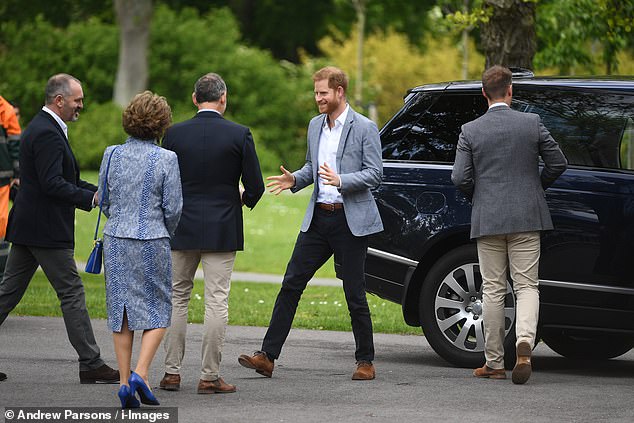 It’s believed that during the intervening period, the couple went to visit the Queen. With Meghan describing it as a ‘nice moment to introduce the baby to more family.’

Their baby boy will not have a royal title like Kate and Williams’ children, Prince George, five, Princess Charlotte, four, and Prince Louis, one, but will be known simply as Master Archie after George V limited titles within the family during the First World War.

Baby Archie, who was born at 5.26am on Monday, is also shown in an image alongside his grandmother Doria Ragland and parents Harry and Meghan – who has described her first few days of parenting as ‘magic’.