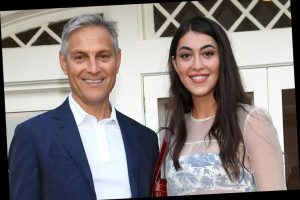 The pair started dating about two years ago, not long after WME partner Emanuel — who reps Dwayne Johnson, Charlize Theron, Martin Scorsese, Larry David, Michael Bay and Tyler Perry, among many others — and his wife, Sarah Addington, filed for divorce in 2018.

Addington and Emanuel have three kids together. Hollywood insiders say Staudinger, 31, and Emanuel, 59, had been living together but that she’s now moved out. Staudinger runs buzzy fashion line Staud, which Vogue called a “celebrity favorite.”

According to the designer, the line’s fans include Kendall Jenner, Bella and Gigi Hadid, Selena Gomez and Margot Robbie.

Meanwhile, Emanuel — brother of former Chicago mayor Rahm Emanuel — has other developments in his life. Variety reported that he’s just bought a $27.5 million, 7,877-square-foot mansion in Beverly Hills. A rep for Emanuel declined to comment.

END_OF_DOCUMENT_TOKEN_TO_BE_REPLACED

END_OF_DOCUMENT_TOKEN_TO_BE_REPLACED
We and our partners use cookies on this site to improve our service, perform analytics, personalize advertising, measure advertising performance, and remember website preferences.Ok