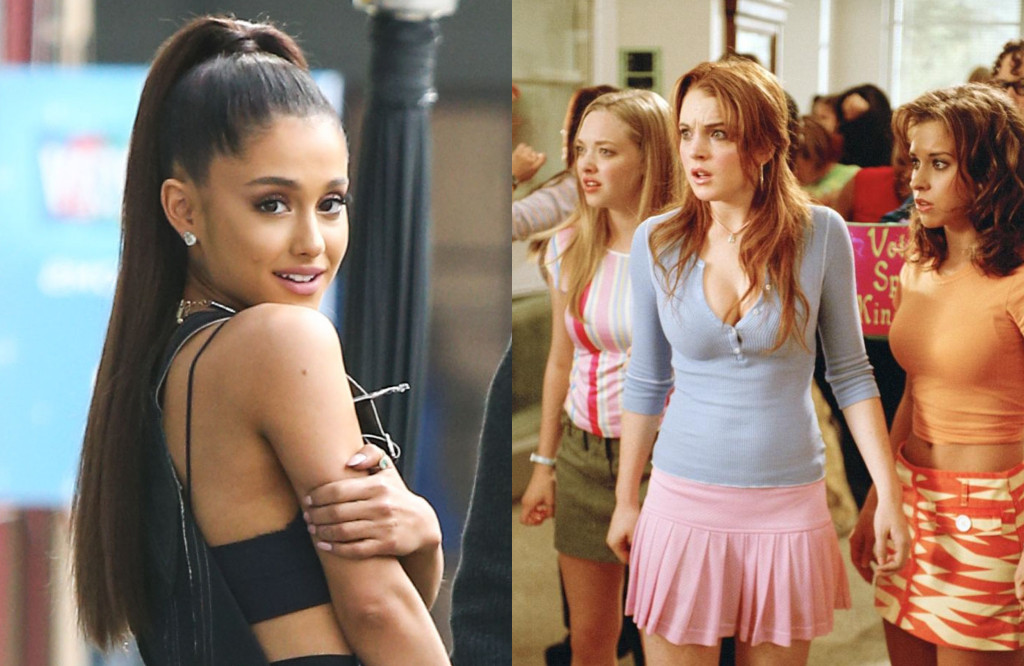 Ariana Grande‘s new music video is going to be so fetch!

The 25-year-old singer got her fans in a frenzy this week after she posted a series of references to Mean Girls—leading many to wonder if her “Thank U, Next” music video would be inspired by the 2004 film. Grande has since confirmed the news.

But the real kicker came when Grande shared an image of her kissing her cousin, Courtney.

“‘Yeah but she’s my FIRST cousin'” the recording artist captioned the photo, referencing one of Seyfried’s most memorable lines. As fans will recall, Seyfried’s character Karen justified making out with her cousin Seth in the film because he’s her second cousin, which she said is different than a first cousin.

Would Lindsay Lohan Do a Mean Girls Sequel?

Grande also cited two other notable lines for the film in her Instagram posts, including the one where Lindsay Lohan’s character Cady is asked if she’d like someone to butter her toast and the one where Regina yells at Karen for suggesting The Plastics go to Taco Bell when she’s on an “all-carb diet.”

Still, Mean Girls might not be the only fan favorite to get a shout-out in the new music video. Grande also posted several references to Legally Blonde on Instagram. For instance, she shared a picture of her posing next to Jennifer Coolidge, who played the nail technician Paulette in the 2001 film.

new best friend …. thank u, next

new best friend …. thank u, next

In addition, she posted a picture of a dog floating on a rafter that resembled Elle Woods’ dog, Bruiser, as well as a photo of her wearing bright orange and carrying a laptop that resembled the one Reese Witherspoon‘s character bought when she went to Harvard.

But wait…there’s more. The new video may also contain references to 13 Going on 30. Grande hinted that her new hairstyle was inspired by the ‘do Jennifer Garner‘s character sports in the movie. She also posted a picture of the dollhouse given to her by Mark Ruffalo‘s character. 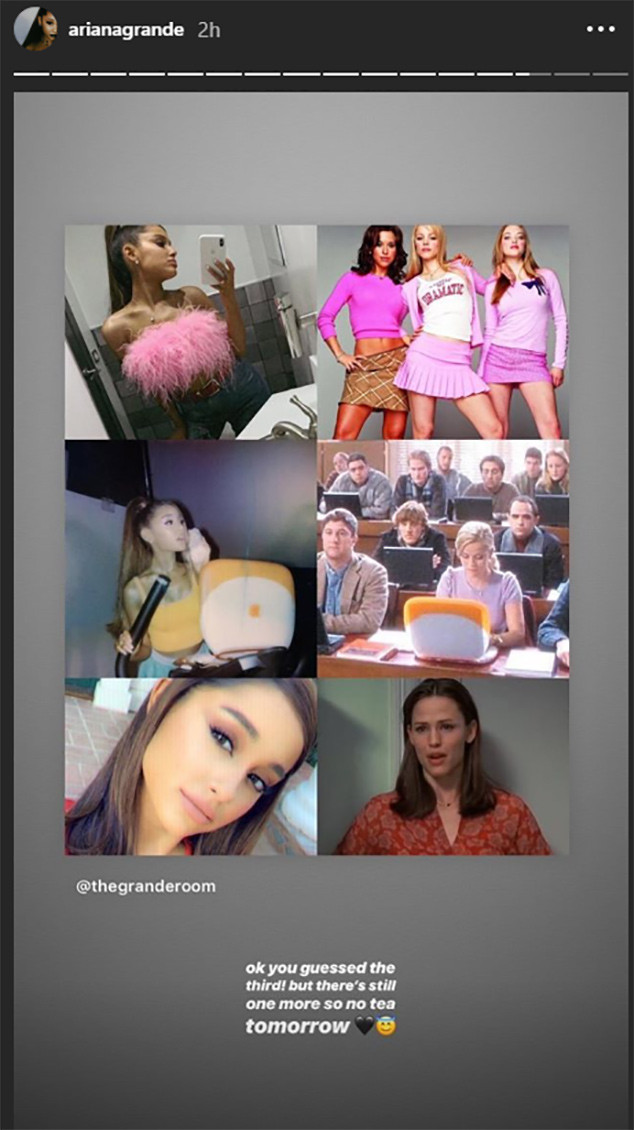 It looks like there will be one more rom-com added to the list, which Grande will reveal tomorrow.

We can’t wait to see the new music video!