Art Kunkin, who captured the swirling discontent and creativity of the emerging counterculture in 1964 when he founded The Los Angeles Free Press, one of the first and most successful of the underground newspapers that appeared in those authority-defying times, died on April 30 in Joshua Tree, Calif. He was 91.

Mr. Kunkin’s eclectic life included time as a machinist; explorations of socialism, Sufism and alchemy; and running a meditation school. But he was best known for The Freep, as his newspaper came to be called, a publication fueled by sex advertisements and featuring articles on subjects, like police oppression, the antiwar movement and rock ’n’ roll, that were not being well covered by the mainstream press.

“I felt that there was a new consciousness, a new culture that wasn’t being expressed and that was being suppressed,” Mr. Kunkin said in a 2007 video interview, explaining what he was trying to accomplish with the paper.

With the help of his wife at the time, Abby Rubinstein, and others, he began the paper on a shoestring. “The first issue was laid out on our dining room table,” Anna Kunkin recalled in a telephone interview.

By the end of the 1960s it had a robust circulation near 100,000. But Mr. Kunkin was beginning to encounter financial difficulties — partly as a result of his acquisition of a printing press, which became a financial burden, and partly as a result of his decision to publish, in August 1969, the names and addresses of 80 government narcotics agents.

“There Should Be No Secret Police,” the headline on that article read, but it led to lawsuits that crippled his operation.

By 1973 Mr. Kunkin had lost control of the paper and was out, though he returned as editor for a time under Larry Flynt, the publisher of Hustler magazine, who bought The Freep but shut it down in the late 1970s.

Though it flamed out, in its heyday the paper was groundbreaking and influential.

“Art Kunkin was a visionary publisher with (mostly) good judgment, and impeccable timing,” John McMillian, a history professor at Georgia State University and the author of “Smoking Typewriters: The Sixties Underground Press and the Rise of Alternative Media in America” (2011), said by email. “When Kunkin started publishing The Freep in 1964, he sensed that a radical or countercultural movement was brewing in Los Angeles, but it lacked cohesion and direction. The Freep soon became a voice and forum for young bohemians — disaffected artists, writers and activists who had previously been disconnected from one another.” 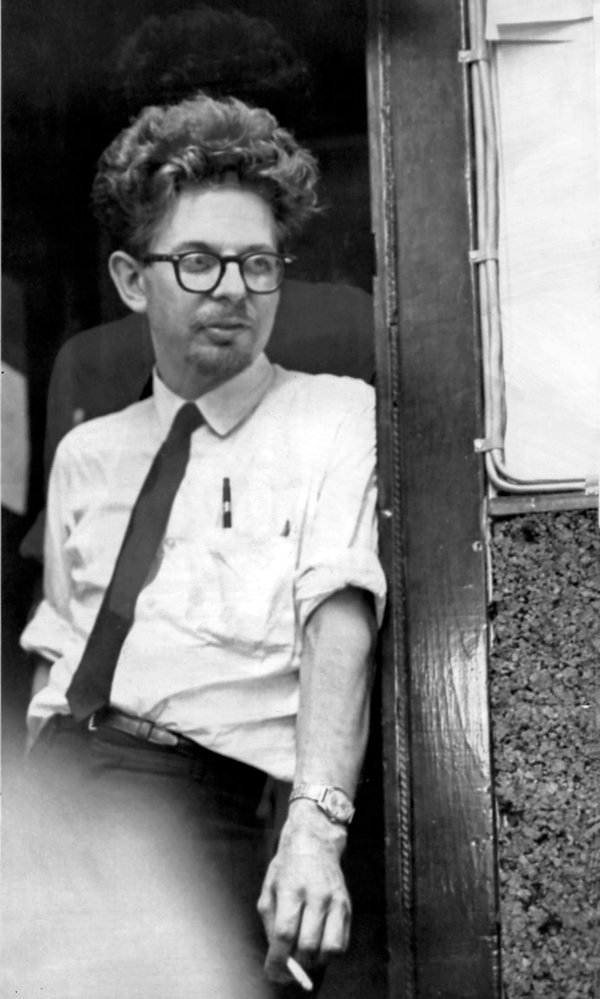 Arthur Glick Kunkin was born on March 28, 1928, in the Bronx to Irving and Bea Kunkin. He graduated from the Bronx High School of Science in 1945.

He was an organizer for the Socialist Workers Party and acquired some journalism experience working on The Militant, the party’s newspaper, as well as other leftist publications. In the 1950s, after service in the Army, he worked as a machinist for General Motors and Ford, where he found a discontent not often thought of in counterculture terms.

“I worked for five years in auto plants,” he said in an interview for the book “Mug Shots: Who’s Who in the New Earth” (1972), “and those factories are prisons. And from my experience, those people in there are radical as hell. But you never hear about that.”

In 1962, living on the West Coast, he began helping a Mexican-American group put out a newspaper, The East L.A. Almanac. The experience opened his eyes to grass-roots issues among marginalized groups.

“For the first time in my life,” he said, “I was writing about garbage collection and all kinds of community problems.”

An article he wrote for that paper about a visit to the area by Vice President Lyndon B. Johnson was met with official displeasure. So did a later one, published after Johnson became president in November 1963. It earned Mr. Kunkin a visit by F.B.I. agents, he said, and agents visited his employer as well.

“The next day I go to my machine shop job in East L.A. and they gave me my walking papers,” he wrote in “On the Ground: An Illustrated Anecdotal History of the Sixties Underground Press in the U.S.,” a 2011 essay collection edited by Sean Stewart.

Unemployed, he began developing the idea of a newspaper. He printed a sample issue to test the waters, selling it at a Renaissance fair that KPFK-FM, a listener-sponsored radio station where he did a program, held as a fund-raiser. The front-page banner called it The Faire Free Press.

“It was eight pages,” he said. “The front page was articles about Shakespeare getting arrested for obscenity and the health problems created by Sir Walter Raleigh bringing tobacco back to England.” But inside were real articles.

The first full-fledged issue of the weekly paper came out in July 1964. Mr. Kunkin viewed the paper’s role not so much as promoting a left-wing or any other agenda, but as reflecting the underserved communities in which it circulated.

The paper’s coverage of two historic moments in particular stood out.

“Shortly after The Freep started publishing, the Free Speech Movement began at Berkeley (starting in the fall of 1964), and then, in August 1965, the Watts Riot broke out,” Mr. McMillian said. “The Freep provided radical analysis of both events, but especially Watts. It was the only local newspaper that captured the voices and frustrations of local African-Americans.”

Numerous other publications joined The Free Press in the underground-newspaper landscape as the 1960s grew more tumultuous, though few reached its level of success. Even after the paper ran into financial trouble, Mr. Kunkin remained an influential and colorful figure.

In 1973, while the mainstream American Society of Newspaper Editors was meeting in Washington, the underground press held a counterconvention across town. The two groups even got together for a joint session (as it were).

“While besuited editors looked on uncomfortably,” The Boston Globe wrote, “L.A. Free Press editor Art Kunkin passed out cider and marijuana before presenting an inventory of plots, crimes and assassinations he said had been ignored by daily newspapers.”

In later years Mr. Kunkin was involved in several other journalistic efforts, including revivals of The Free Press (an online version of which continues). But, Anna Kunkin said, in recent decades “he went all four feet into the esoteric sciences,” exploring a vast range of New Age and other philosophies, teaching meditation, and for a time serving as president of the Philosophical Research Society, which had been founded by the author and mystic Manly P. Hall.

“Somebody took him to Salt Lake City,” Anna Kunkin said, “and he stayed there for seven years and studied alchemy.” He devised laboratory experiments in which he searched for the so-called philosopher’s stone, the elusive substance alchemists thought could transform metals and effect spiritual revitalization.

He left a vast trove of books, Ms. Kunkin said, and seemed to have mastered them all. And he might in turn write or lecture about any of the subjects.

“You learn something,” she said, describing his approach to knowledge, “and then you turn around and have a class and you teach it.”