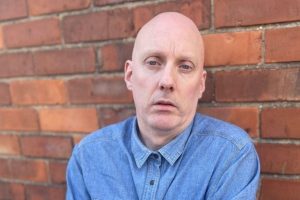 An Asda customer says he was left "humiliated" after being told to leave the supermarket by staff because they 'didn't like the way he shops'.

Matthew Scholes said he visited Asda's Thornaby store to do his his weekly shop, after a 12-hour night shift at a care home, and was followed around the store by a staff member with a clipboard.

The 49-year-old said that when he reached the alcohol aisle a female worker told him: "We have seen you in here before" and "I want you to leave the store right now".

Matthew, who lives in Thornaby, said he tried to explain he had done nothing wrong.

However, he said the Asda employee kept repeating herself and he had no choice but to put his basket down and leave the shop.

Matthew said he contacted the retailer about the incident and was left stunned by their response.

According to Teesside Live, an email sent to him by Asda executive relations said: "I have spoken to the store leadership team who have informed me they do not like the way you shop.

"I appreciate this may not be the response you were looking for and I am sorry for any disappointment this may cause."

The company says that their colleagues can ask shoppers to leave if they suspect them of "suspicious shopping behaviour".

Matthew, who works at Victoria House Care Home in Stockton, said: "I feel discriminated against and humiliated. I picked up a bottle of Ouzo and, at that point with a bottle in my hand, the woman said 'can I have a word? I want you to leave the shop right now'.

"I said 'what's going on I haven't done nothing wrong, I haven't stolen anything'. She was repeating herself over and over again like a parrot. The only other thing she said was 'we have seen you in here before'. I was just so stunned. After the fifth time she said leave the store I had no choice but to put my basket down and leave the store.

"The email said they have had a word with the team and they don't like the way I shop and that's it! It's ridiculous, there's no explanation. I have not done anything differently, I have just shopped the way I have always shopped."

Matthew says he's been employed in the care industry for more than 30 years and has worked through the coronavirus pandemic.

He said the incident occurred while he was visiting the supermarket on Allensway on Saturday, March 5.

Matthew said he was placing food and drink items, such as cheese and energy drinks, into his basket before he was approached. He said he has been racking his brains all week to try and understand what the company meant by their response.

The care worker added: "My coat was open and I had a baseball cap on. I wasn't acting suspicious, it just makes no sense. I'm baffled. If they have saw something in my manner and the way I do my shopping, I was completely oblivious to it.

"I made a point of saying 'I'm a key worker during the pandemic'. I thought that may show my character but obviously it didn't do any good.

"It is just wrong. I have been shopping there since that store became ASDA. Even when Aldi and Lidl opened I stayed loyal to ASDA. The other morning I went to Aldi, I thought I'm done with ASDA now.

"I have told a number of people and they are just as surprised and stunned. My family aren't going to shop in ASDA anymore."

He continued: "I'm a full time worker, I have got no reason to steal. I have always paid for my goods. I have tried to get the message across that I'm a genuine person and I have never had problems shopping before.

"That is disgusting, it's a bad case of mistaken identity. I'm shocked about the whole thing. I'm glad I'm not going in there anymore if they are going to treat people like that."

A spokesperson for Asda said: "Whilst asking a customer to leave is always a last resort, if our colleagues suspect any customers of suspicious shopping behaviour then they can ask them to leave the store."