Australia's oldest art school is at ''extreme risk'' because it lacks permanent tenure over its site at the old Darlinghurst Gaol, according to the NSW Auditor-General.

Arts Minister Don Harwin has given his personal commitment that the National Art School remain at its inner-city campus but a long-term lease, expected by the middle of this year, has yet to be announced.

In its annual report tabled on Thursday,  the NSW Auditor-General Margaret Crawford said the failure to finalise the school's occupancy arrangement for its campus risked uncertainty. 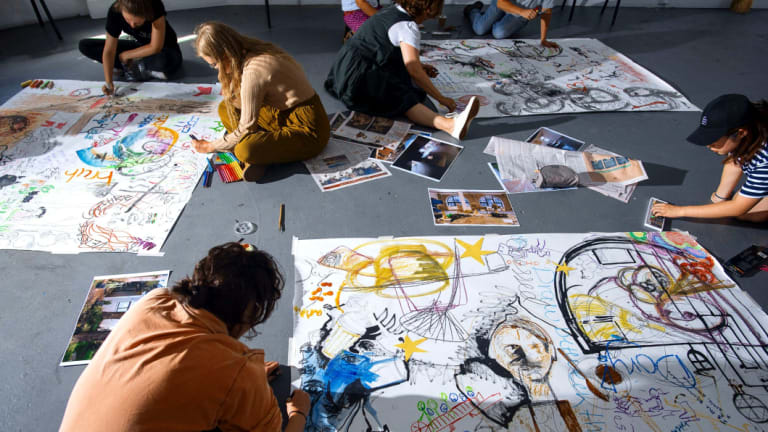 ''It also increased the risk of possible future disputes over the responsibility for maintenance, upgrade or other costs incurred to manage the buildings.”

The warning prompted the NSW opposition to call on the state government to end the uncertainty.

“It is appalling to allow this uncertainty to linger over the staff and students,'' the opposition's arts spokesman Walt Secord said.

“The National Art School is a national treasure as it gave rise to some of Australia’s greatest artists like Margaret Olley and Max Dupain – and we want to ensure its rich heritage and identity for generations and decades to come.”

A spokesman for Mr Harwin said the National Art School had been invited to submit an application for a long-term lease for the Darlinghurst Gaol site by January.

''The state will then assess the application, consistent with the probity plan. This process is consistent with other processes used to provide long-term arts leases, such as Carriageworks. The NSW government remains committed to the NAS and is currently undertaking a business case to revitalise the site and safeguard the school’s long-term future.''