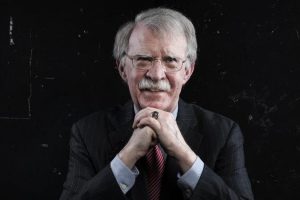 Warning that a Chinese nuclear attack is an ever-present threat, Bolton said that Australia could not rely on the United States to develop the policies necessary to counter China’s growing influence in the region. 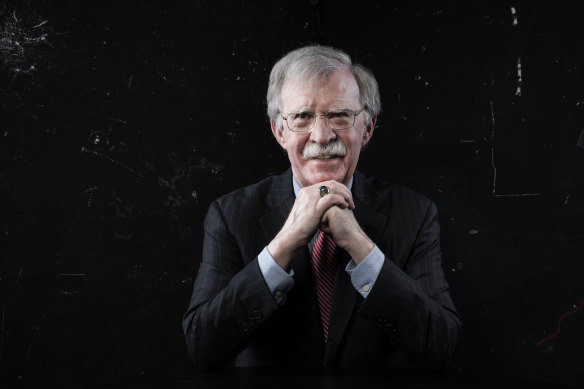 Noting the US spends almost twice as much on defence as Australia as a proportion of gross domestic product, Bolton said in an interview: “This is a time to build up … I think Australia is in a unique position to play a more assertive role, certainly in Indo-Pacific security affairs than perhaps it’s been willing to play in a long time.”

Bolton said that, unlike during the Cold War, Western nations such as the US and Australia had entered a “tripolar nuclear world” where simultaneous attacks from two nuclear-armed nations – Russia and China – were possible.

“We are at risk of a Chinese nuclear attack right now,” Bolton warned bluntly.

The prominent China hawk said the AUKUS security pact with the US and the United Kingdom was not only a “huge breakthrough” but a “paradigm for other things that can happen in the region”.

The AUKUS nations should explore sharing nuclear-powered submarine technology with Japan while deepening defence ties with nations such as India, the Philippines, Singapore and South Korea.

“There are a lot of possibilities here, but there is no need to wait for Washington if Washington is not coming up with new ideas,” Bolton said. “I think for the new [Albanese] government it’s a huge opportunity.”

The United States’ track record in the Pacific had not just been bad but “embarrassing”, Bolton said, opening the door for China to expand its influence with nations such as Solomon Islands.

Bolton said the Quadrilateral security dialogue – an increasingly prominent grouping between the US, Australia, India and Japan – was still “very vague” in many respects and should be beefed up to provide a serious counterweight to China’s growing dominance in the region.

Bolton, who is visiting Australia to deliver a lecture at the Centre for Independent Studies, said he did not believe either former US president Donald Trump or President Joe Biden would be on the ballot in the 2024 presidential election.

He said the FBI search of Trump’s residence at Mar-a-Largo for missing documents from his time in the White House had delivered a “clear bump in support” from Republican voters and increased the likelihood of him announcing another presidential run.

But he said Florida Governor Ron DeSantis was the most likely Republican presidential nominee, while Hillary Clinton, Elizabeth Warren and Bernie Sanders were the leading contenders for the Democratic Party nomination.

Bolton said the prospect of Beijing invading Taiwan in the near future was “theoretically high” but could be prevented if the US and its allies made it clear China would pay a huge cost for launching a military strike.

He said the US should station naval vessels off Taiwan and base US troops on the island – as it does in the Korean Demilitarised Zone – in a bid to deter China from invading the island, which it considers part of its territory.

Get a note direct from our foreign correspondents on what’s making headlines around the world. Sign up for the weekly What in the World newsletter here.