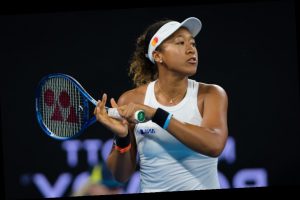 Osaka took to social media today to clear up confusion over her acceptance speech after winning the Australian Open. In the moment, she called her runner-up Jennifer Brady “Jennifer” despite being told moments before that her preferred form of address was “Jenny.”

“Omg no,” Osaka wrote on Twitter with two crying emojis. “I promise you my mind thought I called her Jenny in that moment and I was so confused why the crowd was laughing. I’m so sorry.”

After Osaka’s match with runner-up Jennifer Brady, Osaka had a gaffe during her acceptance speech. The unforced error was viewed in some quarters as a tweak of her opponent.

Osaka defeated Brady 6-4 6-3 to win her second Australian Open title and fourth Grand Slam. During her acceptance speech, she turned to Brady and asked, “Do you like to be called Jenny or Jennifer?”

The 23-year-old Osaka, a Japan native, went on to praise Brady. But the damage was done, as the Twitter outrage mob took turns bashing away. So far, the tally appears split between rudeness, a mistake in the moment, and trolling.

Watch and decide for yourself.