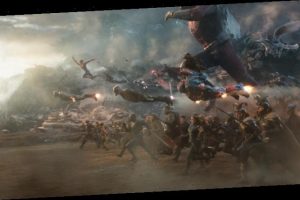 The additional nominees for the 57th annual ICG Publicist Awards have been announced. The publicists behind Oscar-nominated movies “The Irishman,” “Avengers: Endgame,” “Joker” and “Once Upon a Time in Hollywood” are up for the Maxwell Weinberg Award for Motion Picture Publicity Campaign.

Rachel Aberly, Michelle Alt, Kira Feola, Alex Kang and Carol McConnaughey are nominated for publicist of the year. Aberly and her team at 42 West are behind four of this year’s Oscar best picture nominees, including “Joker,” “Jojo Rabbit” and “1917.” The team also worked on “Avengers: Endgame,” but Disney publicists Feola and Kang have also received nominations for their work.

Gold Derby’s (which shares its parent company, PMC, with Variety) Tom O’Neil is up for the press award.

As previously announced, Ava DuVernay will receive the television showman of the year award and Emmy winner Don Mischer will be honored with its lifetime achievement award.

The awards will be handed out on Feb. 7 at the Beverly Hilton Hotel. See the nominees below.

Publicist Of The Year Award