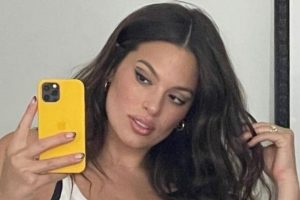 Is there anything more glamorous than awards season? With the Oscars just around the corner, our favourite A-listers are currently preparing to get red carpet ready – and it’s not as simple as just finding the right dress. For a handful of nights a year, celebrities everywhere enlist the help of the industry’s top hairstylists, makeup artists, manicurists and skin specialists, all to get camera-ready.

Fancy facials, body-sculpting, injectables, teeth whitening… You name it, it’s all on the menu for the world’s rich and famous – and the pampering checklist seems to get more extensive as the years go on. While you may not have a ticket to this year’s biggest night in Hollywood, if you’re interested in knowing what goes on behind the scenes we’ve rounded up some of the most brilliant and bizarre beauty treatments that have the celebrity stamp of approval.

If you’re anything of a serial Instagram scroller, it’s likely you’ve come across an LED light therapy mask. Previously a technology only available in a salon, light therapy treatment is now accessible for all in the form of these weird-looking face masks.

Designed to combat a whole host of complexion concerns, LED masks emit different wavelengths of light to increase collagen production, stimulate the skin and improve its general health. They help to treat everything from acne and ageing to redness – plus give you a glow that’s worthy of the red carpet.

Everyone from Chrissy Teigen to Julia Roberts are known fans of this futuristic-looking treatment, and last year British actress Carey Mulligan used CurrentBody Skin LED Light Therapy Mask, £279 here, as part of her skin prep routine before the Oscars.

Carey’s makeup artist Georgie Eisdell took to Instagram after the awards night to give fans an insight into what went on behind the scenes.

“Before every red carpet we mask!! @currentbody LED mask smooths, calms and firms. I cannot live without it. I made sure we got a little 15 minute relaxation and skin love this morning with Carey before we started glam,” she wrote in the caption.

Before the 2011 Golden Globes ceremony, Friends With Benefits star Mila Kunis spared no expense in getting the perfect skin, reportedly splashing out on a facial that cost a whopping $7,000.

The pricey procedure, named the HD Diamond and Ruby Peel, uses precious stones, which claim to work as antioxidants on the skin.

And that’s not the only unusual part. It’s said that during the treatment the actress was given an ice cube to suck on, which apparently helps to reduce puffiness.

If there’s any celeb we’d take red carpet tips from, it’s Kim Kardashian. We bet the reality show queen is always trying out the latest beauty treatments to stay looking picture perfect, and something she swears by is facial cupping.

We’re probably all familiar with body cupping – where heated glass cups are suction-attached to the skin to combat pain and muscle tension – but facial cupping is completely different.

In body cupping, the cups remain in one area for a few minutes, creating circle-shaped bruises on your skin. With facial cupping, the cups move continuously, meaning there’s a much lower incidence of bruising. It’s also said to be completely painless.

This celeb-approved treatment works by encouraging blood flow to the tissue, which reduces inflammation in the skin and helps to smooth fine lines and wrinkles. Other benefits include reducing puffiness and giving the jawline and chin a more sculpted look.

With photographers zooming in on you from all angles on the red carpet, someone catching a glimpse of your less-than-perfect toenails is the last thing you need. Supermodel and Oscars red carpet host Ashley Graham avoids this by getting acrylic extensions on her toes.

In an interview withRefinery 29, the star said, “You know what Amber Rose taught me? She told me to put a fake toenail on my big toe to keep the line straight. Keep it all lined, thick, straight – it’s random but it’s a good one.”

If you thought that was strange, Ashley shared a clip of herself getting her nose hairs lasered off before the 2018 Met Gala. In the Instagram post, the supermodel is seen yelling out in pain as her aesthetician Mzia Shiman zaps away at her nostrils.

In an interview with NewBeauty, Shiman revealed that Ashley’s nose hair treatment was part of a bigger course of laser treatment to get her prepped for the event.

“Basically what I did on Ashley was a full laser tightening treatment on her face and neck. Then I just zapped a little bit on the front of the nose to get a little bit of the hair. We don’t touch the inside of the nose, but we can zap a few of the hairs that are sticking out that can be more noticeable when she puts on makeup.”

In a post once shared to her app, the 25 year old admitted to using one of Baby Foot’s at-home foot peels to combat her “rough a*s feet” (her words, not ours!).

Writing to her fans, the actress says, “I tried it and was like 'This is bullsh*t' because nothing happened. Then a couple of weeks later, I was like, 'What the f**k is wrong with my feet!?' They looked a mess and were seriously peeling like crazy."

"But, it was actually great. It worked really well and my feet were so smooth after,” she adds.

With the Oscars just around the corner, we can't wait to see what beauty looks our favourite celebs debut on the red carpet this year.