After several splits plagued recent seasons of The Bachelor and The Bachelorette, Zach Shallcross is insisting that his journey as the season 27 Bachelor will be different.

‘Bachelorette’ Contestants Who Won 1st Impression Rose: Where Are They Now

“I would tell the critics and the fans, if you wanna watch something or this show and actually see love and no bulls—t and not a scene or not an act, then I think you’re really gonna love this [season],” the 26-year-old reality star exclusively told Us Weekly ahead of the Monday, January 23, premiere. “If you are someone that wants the unnecessary dumb drama — alright, [but] I might not be your guy. Plain and simple.”

Fans met Zach on season 19 of The Bachelorette, which starred both Rachel Recchia and Gabby Windey looking for The One. The Austin resident, for his part, pursued a relationship with Rachel, 26, but things with the pilot fizzled after the fantasy suite dates. (While Rachel got engaged to Tino Franco and Gabby accepted a ring from Erich Schwer, both relationships have since ended.)

“I know what I want out of this, and I know what it takes to have that healthy relationship,” Zach told Us, adding that he and Rachel lacked “communication” throughout the 2022 season.

As Zach prepared to meet his 30 contestants, he tried not to give himself too many guidelines — or judge himself when it came to kissing anyone after the limo entrances. 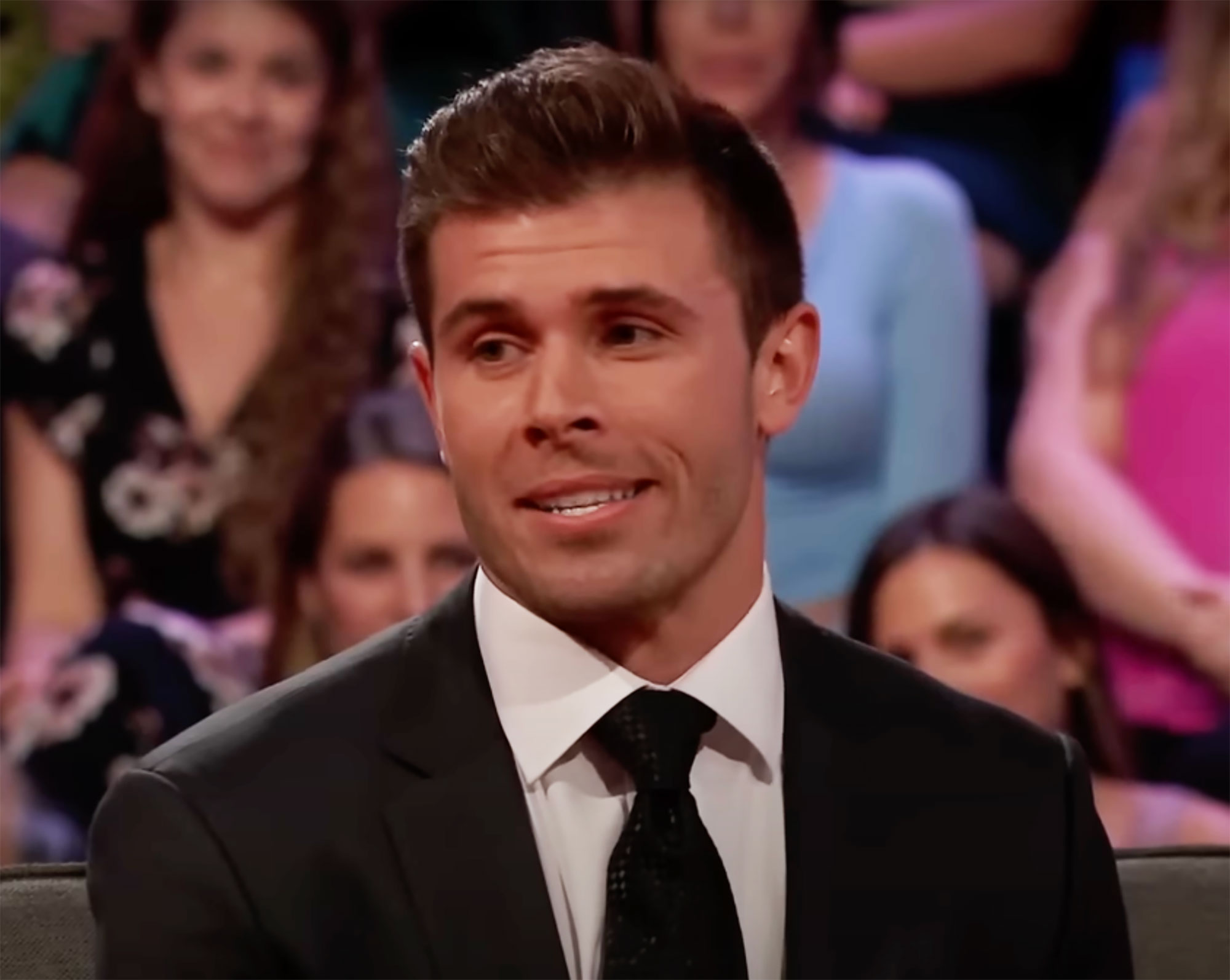 “Going into night one, I didn’t have any rules for myself. I think that would be, you know, stopping myself from just fully taking in and meeting all the women,” he said. “I guess one rule was I wanted to meet and speak with all the women I can [with] whatever time allowed and can make work. That was most important to me. Regards to the kissing, sometimes you just had that connection and it’s like, ‘Who am I to deny that?’ If it feels right, if it’s forced, definitely not. But if it’s natural and it’s mutual, then hell, ‘Why not?’”

Over the years, the rules on whether or not the lead should drop the L-word have become hazy too.

“I feel like the Bachelor world — Bachelor/Bachelorette — they literally coined the different terms of love: ‘Falling in love, in love, I love you.’ For me, yeah, it was something that was definitely in my mind,” he told Us. “I’m someone that believes you have one true love, like, the one person that your heart just yearns for. The one you think of when you go to bed. The one you think of when you wake up. You only have one love, but there are varying degrees of love to get to that point. And your heart knows what it wants. It can get pulled into different directions and that’s something that can happen. But for me, I am a firm believer that there is just that one true love.”

As for how his season ends, Zach concluded: “All I can say is I’m very happy and I think fans are gonna be really surprised at the love journey.”