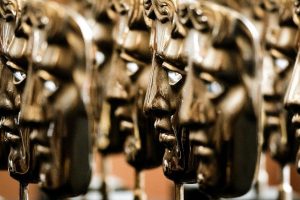 BAFTA has made key changes to its awards eligibility and voting rules for next year’s film awards, handing back more power to its voting members in the performance and director categories.

The British Academy faced scrutiny for the 2022 film awards, where only two nominees in each performance category were the result of votes by the membership, and four were selected by juries, while all six director nominees were selected by a jury. The resulting nominations were refreshingly diverse, but BAFTA was criticized in some circles for not placing more trust in its membership and voting chapters.

Emma Baehr, executive director of awards and content for BAFTA, told Variety: “For the review in 2020, we implemented 120 changes, but we always said that we would adjust and look at [them] again. There were always going to be reviews, and we’ve had two years of data since we did these changes, and we’ve been looking at that, talking to the industry, and seeing where we need to make minor adjustments.

“The rationale behind [the changes to the voting for performances] is more about — again — refinement, and looking at the data, looking at what’s been long listed, and reducing the long list as well,” said Baehr.

The newly-introduced BAFTA longlists will be reduced in size for best film, all craft categories and Outstanding British Film. This boils down to a logistics issue, given the BAFTA Film Awards are back in their usual February slot, but have a new longlisting round to account for. The reduced longlists will allow the membership enough time to watch all the films before Round One voting.

Other key changes include producer eligibility. BAFTA is now working more closely with the PGA, and producers eligible for nomination in the best film and Outstanding British Film categories will be as determined by the PGA. Producers in the Outstanding British Film category, however, will have an opportunity to appeal for inclusion if they don’t have PGA credentials.

The eligibility period, during which films must be released theatrically in the U.K. for the first time, will run from Jan. 1, 2022, through to Feb. 17, 2023, for all films, except for those eligible for documentary and film not in the English language, which can be released up to and including March 10, 2023. Day-and-date releases will be eligible, but VOD-only releases are prohibited.

Meanwhile, company policies on bullying and harassment will be required for entrants for Outstanding British Film and Outstanding Debut. This won’t be mandatory but “is encouraged to inform future activity and is consistent across all BAFTA Awards, including TV and Games.”

The updates implemented by the BAFTA Film Committee are intended to build on the wide-ranging changes introduced by the first phase of the BAFTA Review in 2020.

Anna Higgs, chair of the BAFTA Film Committee, said: “With an ongoing industry-wide focus on meaningful representation, our expansion of entrants’ data on diversity and inclusion will accelerate the progress BAFTA has made in driving positive change globally. As the BAFTA Film Committee, we believe deeply in ensuring our processes are clear and transparent for voters, encouraging as many films as possible to be watched, and levelling the playing field for all. Developed in consultation with industry stakeholders and BAFTA’s global membership, updates to eligibility and voting continue to hold excellence at the heart of all we do, and we are looking forward to celebrating extraordinary British and international talent at the next Film Awards.”

Read on for detailed information about the key changes:

Round One voting (Longlists)

For Round One voting, which produces the new BAFTA longlists, the number of slots for films are being reduced. Best film and all craft categories will now be 10 films, rather than the previous 15 films, while Outstanding British Film will be 15 films, down from 20 films.

What won’t change are the longlists for Outstanding Debut, British Short Film and British Short Animation categories, which will stay at 10, 10 and 6 titles, respectively.

The longlist round was first introduced in 2021. Every category in the round is voted on by a craft Chapter, opt-in chapter or jury, with the exception of best film, which is voted for by all film-voting members. Chapters are made up of a minimum of 100 BAFTA members who hold specialist knowledge in the relevant craft.

The top three performances in all four performance categories in Round One chapter voting will be automatically nominated, up from two in 2022. The remaining three places on the nominations list will come from the nominating jury, which previously chose four names. The total nominations will remain at six per category.

Elsewhere, the top two directors — regardless of gender — from the Round One chapter vote will automatically be nominated. The top five female and top five male directors will be longlisted.

Deidre Hopkins, head of film at BAFTA, explains: “There is a change because the last two years the nominating jury has selected all six [directing nominees]. Now, the directing chapter will select the top two that go through to the nominations.”

For make-up and hair, eligible candidates for nomination will remain at head of department-level, while additional candidates may be submitted – up to a strict maximum of four nominees.

“We’ve always worked really closely with the PGA,” said Baehr. “We work year round on getting information from them and we have had the requirements to be PGA approved, but now it’s more allowed. Basically, they’re all approved by PGA. But it’s nothing that you can’t appeal if they haven’t had a PGA approval.”

Hopkins added: “For the three categories of documentary, animated film and film not in the English language, we considered the director and the lead key creative producer as the two candidates for nomination, but we get so many appeals every year in those three categories for additional producers. Just considering this last year, we really felt that because PGA do all of this incredible work determining producers, we should actually work with them for those three categories. So if they determine producers are eligible, we will accept that.”

There is an exception for the Outstanding British Film category, where Hopkins says BAFTA is still keen to support a British film, even if it hasn’t gone through the PGA process. “We would usually accept up to three producers as being eligible for that, and that can be appealed. So if there are more than three different [producers], we will accept appeals to consider additional producers.”

The eligibility period, during which films must be released theatrically in UK for the first time, will run from Jan. 1, 2022, to Feb. 17, 2023, for all films, except for those eligible for Documentary and Film Not in the English Language (FNIEL), which can be released up to and including March 10, 2023. Day and date releases will be eligible; however, VOD-only releases are not.

It will continue to be mandatory for all films in contention to be available on the voting members’ online viewing platform BAFTA View, with further detail on key dates on BAFTA’s website.

BAFTA has said it “studies entry data across its Awards to deepen understanding and provide insights into how the screen industries are progressing on diversity and inclusion and highlight areas of underrepresentation.” The data informs rule changes as well as other interventions and initiatives offered by BAFTA to address sector issues.

Outstanding British Film and Outstanding Debut entrants will be asked for details of their company policies on bullying and harassment. This is not mandatory but is encouraged to inform future activity and is consistent across all BAFTA Awards, including TV and Games.