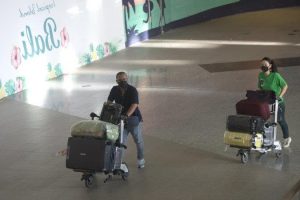 The risk of the devastating foot and mouth livestock disease entering Australia is so great Agriculture Minister Murray Watt cannot rule out mandatory border checks on every tourist returning from Indonesia, as he pleads with travellers to play their part in stopping a biosecurity outbreak.

An outbreak on Indonesia’s main island of Java has spread to the popular tourist island of Bali, which is visited by more than one million Australians a year, ramping up the risk of a first-ever outbreak Down Under. 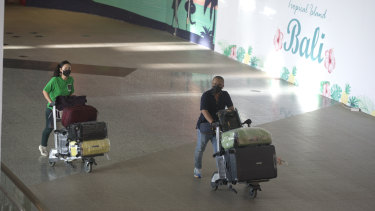 Australians who have visited Bali are being urged to play their part in stopping a biosecurity outbreak.Credit:AP

The disease infects cloven-hoofed animals and does not affect the health of humans. But people can carry it on their shoes, clothes or in their noses – where it can survive for up to 24 hours. Flights from Denpasar to Darwin are only 2.5 hours long.

Watt rejected calls from the federal Nationals leader David Littleproud to set up disease-killing chemical foot baths for Bali passengers, arguing the chemicals used can harm peoples’ skin and would not prevent the disease from spreading from shoes carried in their luggage.

“Even if you do walk through a footbath at an airport with one pair of shoes, what if you’ve got three other pairs of shoes in your bag?” he said. 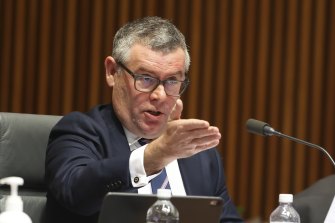 Watt said advice from the federal Agriculture Department was that compulsory screening of each passenger was not required, but stressed that passengers who declare contact with livestock or farmland would be assessed by a biosecurity officer.

“To do that for every single passenger would be a massive resourcing requirement, but I’ve asked for advice from the department about what else we need to be doing,” Watt said.

“If we do need to be doing more, then we would consider that.

“Everyone who declares that they’ve been in a risk area is screened. They’re spoken to and if there are particular concerns they are then examined, and their luggage is examined.”

If one positive case of foot and mouth was detected on an Australian farm it could shut the $27 billion livestock export trade down for months or even years. The federal government has estimated the total cost of a major outbreak at $80 billion.

The federal government is ramping up biosecurity controls and warning all returning passengers from Bali of the risks of an outbreak. Watt said state governments and individual travellers must also “take it seriously and do fulfil their end of the bargain”.

“If it were to get here it would wipe out our export industry for a period of time and it would be another hit to consumers at the supermarket checkout.”

Foot and mouth infects domesticated farm species such as pigs, cattle and sheep, as well as feral species, including camels, pigs, goats and deer. It causes fever, lameness, and lesions on the tongue, feet, snout, and teats.

The virus is highly infectious, spreads rapidly between livestock and can survive on objects like vehicle tyres, livestock trucks and equipment.

The 2001 outbreak of foot and mouth in the UK forced the destruction of more than 6 million pigs, cows and sheep at an estimated cost of £8 billion ($14 billion).