Audience members waiting to see a ballet performance of Spartacus were disappointed when it was cancelled because of a "technical issue" which prevented the curtain from opening at the Sydney Opera House on Friday night.

Ballet-goers reportedly waited half an hour in their seats as the crew tried unsuccessfully to raise the curtain, before the show was officially cancelled. 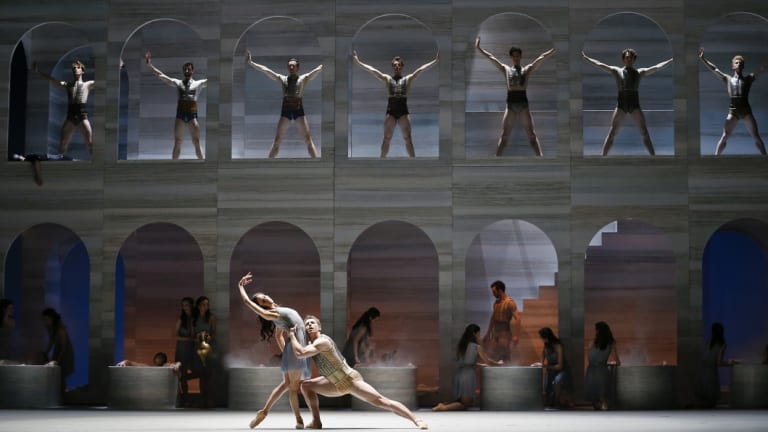 Ballet fans were disappointed after the performance of Spartacus was cancelled.Credit:Jeff Busby

Artistic director of the Australian Ballet David McAllister told the audience that a winch in the curtain had broken.

"The curtain is somehow broken, it's going to be a couple of hours… to replace the winch," David McAllister told the waiting audience, captured on video by an audience member.

"We've tried everything to get it going, they've restarted the whole… system. They have rung Europe to see if there's something they can do.

"Unfortunately nothing is working, so I'm afraid we're going to have to cancel this evening's event."

In a video recording, the crowd collectively groaned after he announced the cancellation. 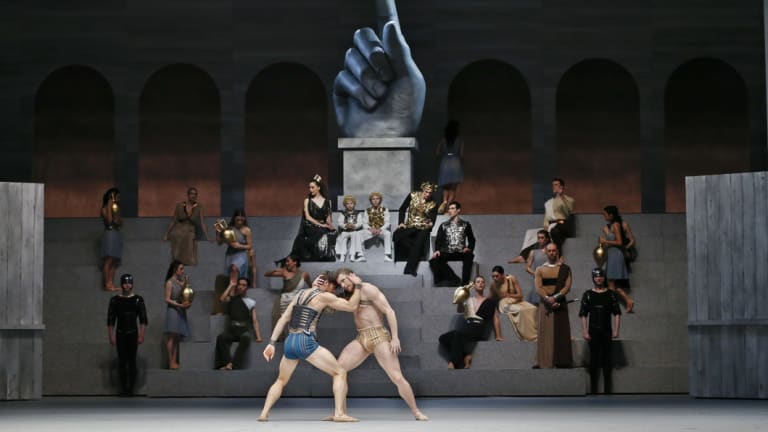 The production depicts the famous story of a gladiator who led a slave rebellion against the Roman empire, and only has a limited season in Sydney, running from 9 November until the end of next week.

With only a handful of tickets available on the Sydney Opera House's website for the remaining evening performances, many attendees from Friday night's performance may miss out on seeing Spartacus.

Many theatre-goers expressed their disappointment on social media after the show was cancelled, with some describing it as "devastating for everyone, including the performers" and "disappointing".

"Tonight [was supposed] to be a nice romantic evening for my husband's birthday, unfortunately the show Spartacus is cancelled after we all… waited for 30mins… We [will] try to rebook again but most evenings [are] fully booked out. It is disappointing but things happen," one attendee wrote on Facebook.

The curtain was fixed in time for the matinee and evening performances on Saturday and all future performances of Spartacus will go ahead, a spokeswoman for the Opera House confirmed.

Audience members will be refunded the cost of their ticket, the spokeswoman confirmed.

In a statement, a Sydney Opera House spokesperson said: "We sincerely apologise for the inconvenience this technical issue may have caused. The Australian Ballet and Opera House box offices will be in contact with their respective customers to confirm refunds on ticket bookings."

The Joan Sutherland theatre, in which the performance was held, underwent a $71 million renovation at the end of last year.