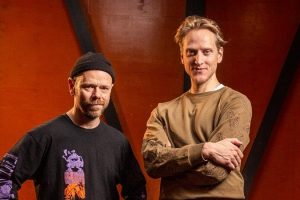 Out of the shadow of the pandemic, in spite of everything, Melbourne will get a brand new cultural festival. DanceX, the brainchild of the Australian Ballet’s new artistic director, will this September bring together eight of the country’s most prestigious dance companies in four nights featuring Australian and world premiere work. 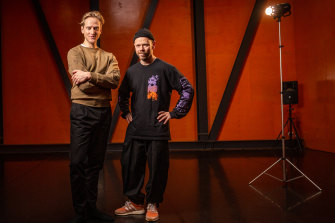 David Hallberg said while the pandemic had proven a nightmare and test of morale for the dance world, it had also created a window for the country’s very best to create something fresh and ambitious.

“Partially because of the storm that we’re weathering with the pandemic I thought it was important for us to all get together and give each other a warm hug, in a way, but also showcase what’s so rich within the dance community here in Australia,” Hallberg said.

“What was paramount for me was to show the breadth of the dance community, not just the major ballet companies but also other dance companies that are equally as vital and important.” 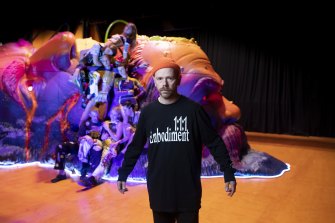 Other highlights will include excerpts from Bangarra’s seminal works Ochres and Walkabout, and Queensland Ballet’s intricate, pulse-quickening Glass Concerto.

Hallberg said he was honoured and “kind of shocked” he was able to make it work.

“Many of us travel internationally and many of us would have been overseas or around the country. Things have boiled down and given us the opportunity to look internally, look nationally and realise we can all get together and create a festival.”

Chunky Move artistic director Antony Hamilton said the call from Hallberg had been a “breath of fresh air” after a very tough year and a half.

“He’s quite visionary,” he said. “We absolutely jumped at the chance to work with them.”

Hamilton said Chunky Move’s new commission, AB_TA_Response, will “construct a complete world informed by science fiction”, looking at the interaction between humans and the machine world with video design by sound-and-light wizard Robin Fox and designs by Creature Technology which built animatronics for the Broadway King Kong and arena show Walking with Dinosaurs.

“I don’t think it will happen every year but I certainly don’t want it to be a one-off,” he said. “It’s creating too much momentum.”

The remit, he said, was simply “choose the repertoire that you want, and bring it.” The Australian Ballet commissioned new work from the companies that weren’t accustomed to the broad stage of the State Theatre. His own company will bring a comic, romantic dance theatre piece by Swedish choreographer Johan Inger: I New Then, set to songs by Van Morrison.

On Tuesday, Hallberg spoke frankly with the dance corps about the big financial loss from the cancellations. These came on top of 2020, during which the company forfeited $32 million in ticket revenue, leading to a $2.4 million operational loss.

But Hallberg said they were pushing on and there was no sense the organisation should hibernate again.

“Any sort of performance is something that we look forward to at this stage,” he said.

“That was the second part of what I wanted to do [with DanceX], to say hey, we’re still standing, we are still here, we [dance companies] still support each other. We’ve weathered the storm and we’ll continue to weather it, as long as it lasts.”

His dancers, he said, “are ready and raring to go, whenever we’re told that we can perform”.