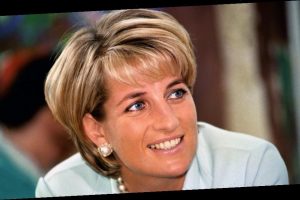 The BBC has hired former supreme court judge Lord Dyson to lead an independent investigation into the circumstances in which the UK broadcaster secured an exclusive and explosive interview with the late Princess Diana in 1995.

Martin Bashir, the former MSNBC anchor, made his name on the back of the Panorama interview, during which Diana uttered the now-famous words that there were “three of us in this marriage” in relation to her broken relationship with Prince Charles.

But his actions in obtaining access to the Princess, and the BBC’s subsequent handling of the matter, have been questioned for decades. Diana’s brother, Charles Spencer, reopened the debate earlier this month when he presented the BBC with a “dossier” of evidence that casts new light on the tactics deployed by Bashir after he was cleared of wrongdoing by the broadcaster in 1996.

Spencer called on new director general Tim Davie to investigate, and now the BBC has hired Lord Dyson to secure some answers. “The BBC is determined to get to the truth about these events and that is why we have commissioned an independent investigation,” Davie said today.

Dyson will be supported by attorneys at Fieldfisher LLP and they will have access to the BBC’s relevant records. The BBC will publish a report once the investigation is concluded. Below are the investigation’s full terms of reference:

It is not yet clear whether Bashir will be questioned. Currently employed as BBC News’ religion editor, he has been seriously unwell with coronavirus. He was, however, recently pictured out of hospital.