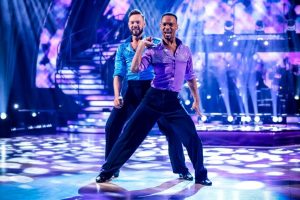 “Dissatisfied audiences and declining viewing share” could damage the legitimacy of the BBC funding debate, according to an influential UK House of Lords report, which urged the corporation to “seize the opportunity to generate momentum for change.”

The long-awaited Licence to Change BBC Future Funding report was unveiled with the future of the 100-year-old funding model due to be debated this week, and the Lords said that debate is being undermined by the view from some parts of the country that the BBC is not for them.

“The BBC cannot provide content that pleases everyone all the time,” said the House of Lords Communications and Digital Commitee’s Report, which nonetheless noted the BBC’s various diversity initiatives as a positive.

“Yet we continue to hear that the BBC is not representing widely held perspectives in the UK, which often do not divide neatly along party political lines. “The legitimacy of a future funding model risks being undermined by dissatisfied audiences and declining viewing share.”

The call came a few days after the BBC’s Annual Report, which contained alarming audience figures showing that average viewing to BBC TV fell by one hour per week last year and less than three-quarters of the UK population is now using the BBC, down by 3 percentage points.

UK Culture Secretary Nadine Dorries ordered a review into the BBC’s licence fee model – for which the majority of British citizens pay an annual £159 ($188) levy – which could end with that model being replaced when it expires in 2027, although the collapse of Boris Johnson’s government has left the review up in the air.

The Lords passionately urged the BBC to “use the debate on its future funding to embrace its challenges and seize the opportunity to generate momentum for change.”

“This will require confident and clear proposals from the BBC,” said the report.

That thought is being applied by the biggest brains in BBC New Broadcasting House and Director General Tim Davie has said his team will publish the principles of a future funding model in the coming weeks.

The Lords examined several alternatives to the licence fee and concluded the best would be a hybrid licence fee/subscription model or progressive household levy.

The former would “offer an opportunity for the BBC to maintain a broad range of quality programming without regular rises in the licence fee,” said the committee, giving audiences the choice over whether to watch certain genres while core shows remain universally accessible.

It flagged “significant commercial risk with no guarantee of success,” however.

The universal household levy, meanwhile, was talked up as a “viable alternative” that would need to be means-tested to make it fairer than the current model, which is regressive as all citizens regardless of wealth are charged the same amount. The report floated linking the levy to council tax, which is paid by homeowners and renters.

The UK government will now examine the Lords’ independent review and respond to the results, although it is difficult to know when this will take place due to the current government chaos and upcoming summer recess.

Hollywood Unions Sign Off On Extension Of Covid Protocols Through September