Home » Lifestyle » BBC Poised To Name Its Next Director General 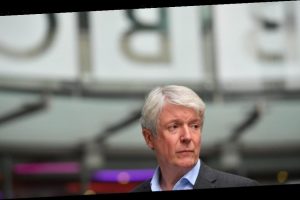 The BBC is on the brink of unveiling its next director general after the British broadcaster wrapped-up interviews for the top job, according to industry insiders.

Deadline revealed last night that Tony Hall’s successor was close to being announced, with a number of sources confirming that the recruitment process has been all-but completed.

BBC Studios CEO Tim Davie has been widely seen as the frontrunner throughout the four-month race to replace Hall, and his name kept coming up in conversations last night.

Others shortlisted include BBC director of content Charlotte Moore, who could well spring a surprise and land the job, as well as Amazon’s UK chief Doug Gurr and former Dow Jones CEO Will Lewis.

Hall is stepping down after seven years as BBC director general. He announced his decision to leave in January.

END_OF_DOCUMENT_TOKEN_TO_BE_REPLACED

END_OF_DOCUMENT_TOKEN_TO_BE_REPLACED
We and our partners use cookies on this site to improve our service, perform analytics, personalize advertising, measure advertising performance, and remember website preferences.Ok