Jennifer Lopez and Ben Affleck pack on the PDA in NYC

Ben Affleck says he is ‘in awe’ of girlfriend Jennifer Lopez

Ben Affleck couldn’t be doing better amid his romance with girlfriend Jennifer Lopez.

“I’m very happy. It is a very happy time in my life. Life is good,” Affleck, 49, told Extra TV while going stag at “The Tender Bar” premiere on Sunday.

And while he and J.Lo have been getting busy together, the actor has still found time to work on this film as well as his other project, “The Last Duel.”

“I love this movie,” he said of “The Tender Bar,” which was directed by George Clooney.

“Working for George was a real treat, so it’s a time in my career that is surprisingly kind of fruitful… I kind of lucked into this… Very grateful, so yes, I am happy,” he said.

He added that he is also “really proud” of “The Last Duel,” which premieres Oct. 15. 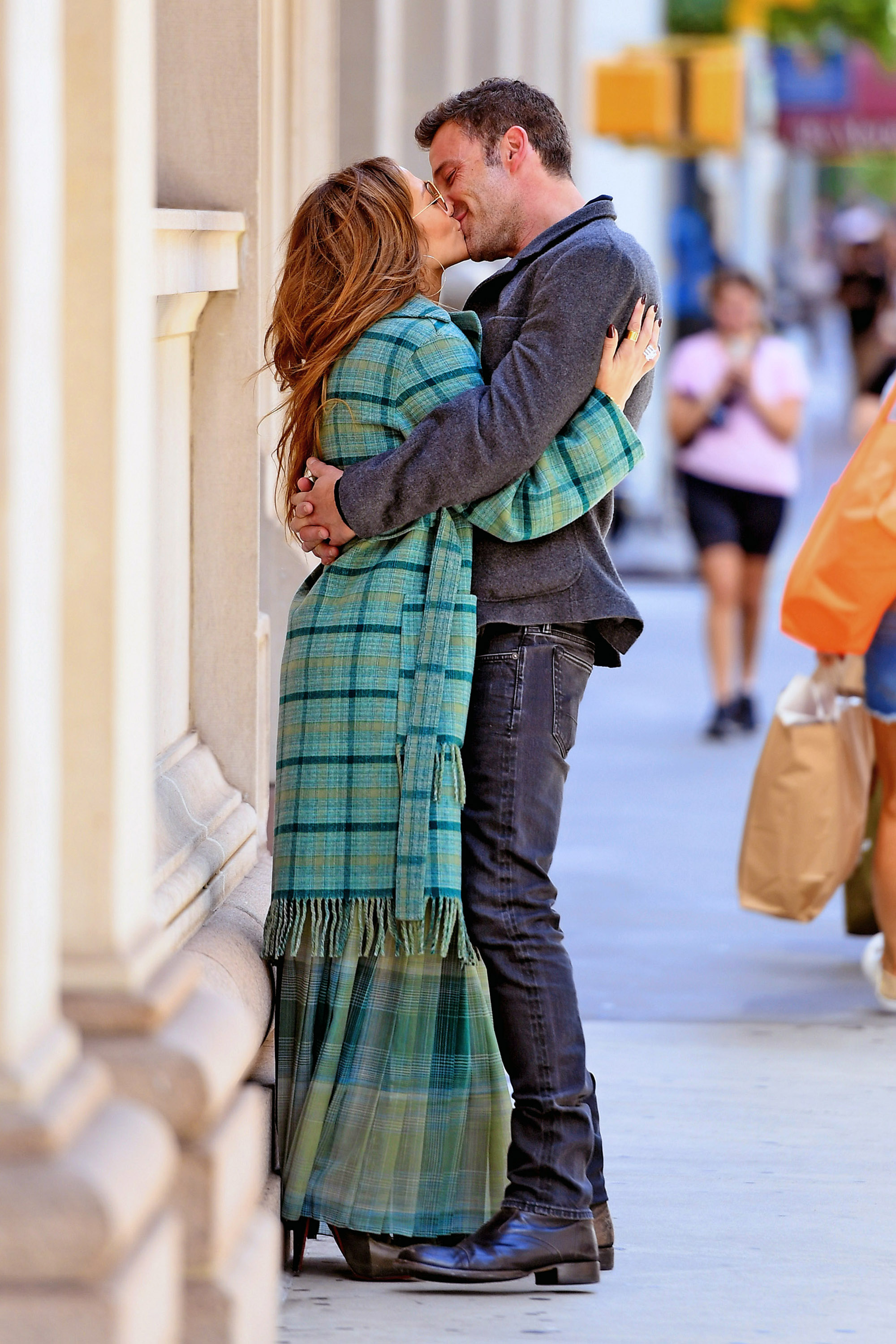 Last week, Lopez, 52, and Affleck were all over each other as they canoodled throughout NYC. The duo had taken a romantic stroll in the park and was also seen stopped on a sidewalk for a public makeout session.

The couple made their red carpet re-debut at the Venice Film Festival in early September for the premiere of Affleck’s film “The Last Duel.” He and the “Dinero” singer first rekindled their romance back in April following her breakup from fiancé Alex Rodriguez. The pair, who had been engaged in the early 2000s, have been going strong ever since.