Ben Stokes and James Anderson tried their hand at wrestling as they chokeslammed team-mate Mark Wood in the Caribbean sea. 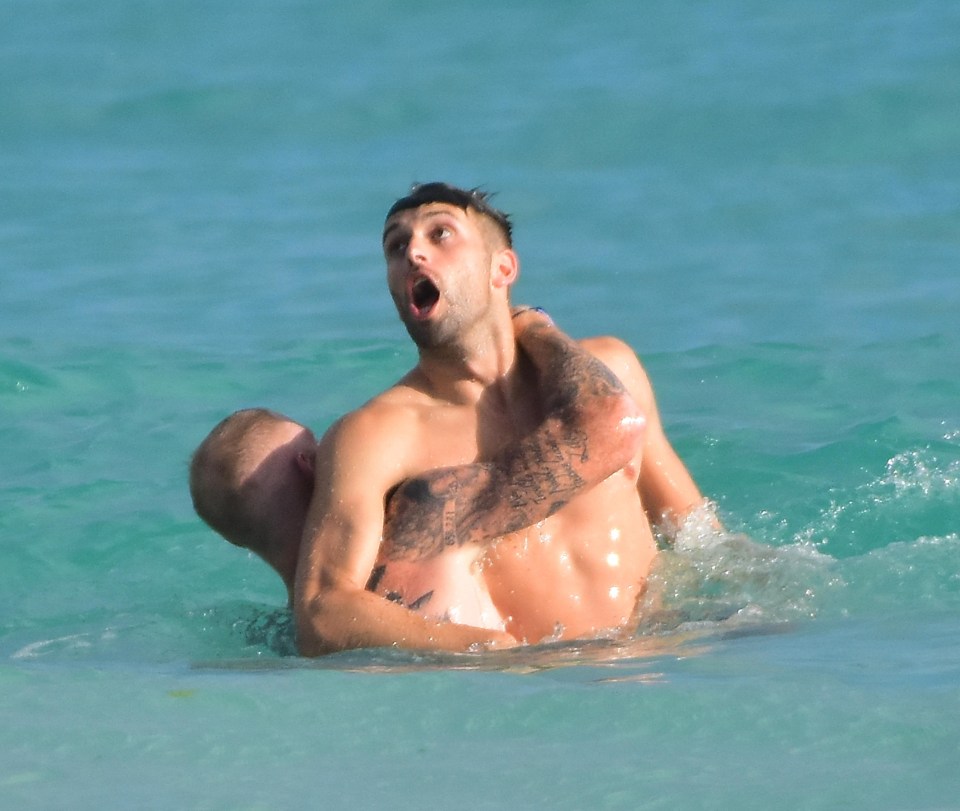 But they’ve been more under-whelming than Undertaker.

Joe Root’s side fell to a 381-run defeat in the opening Test of a three-match series on Saturday.

In an attempt to boost morale after been skittled for 77 in the first innings, the players hit the beach.

Anderson, Stokes and Wood were joined by Jos Buttler and Jack Leach in trying to forget the loss. 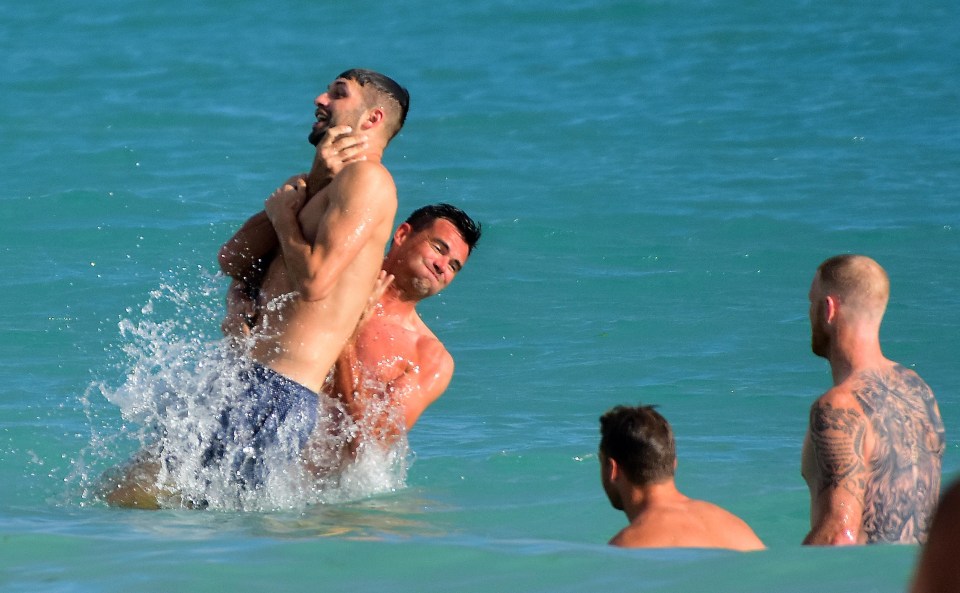 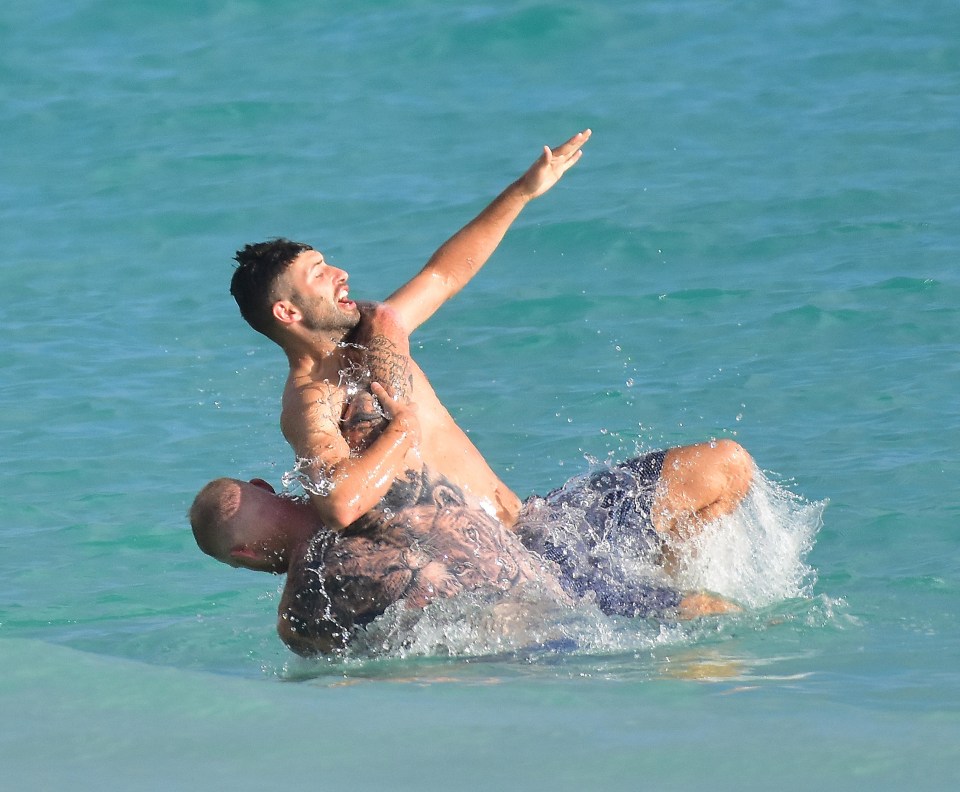 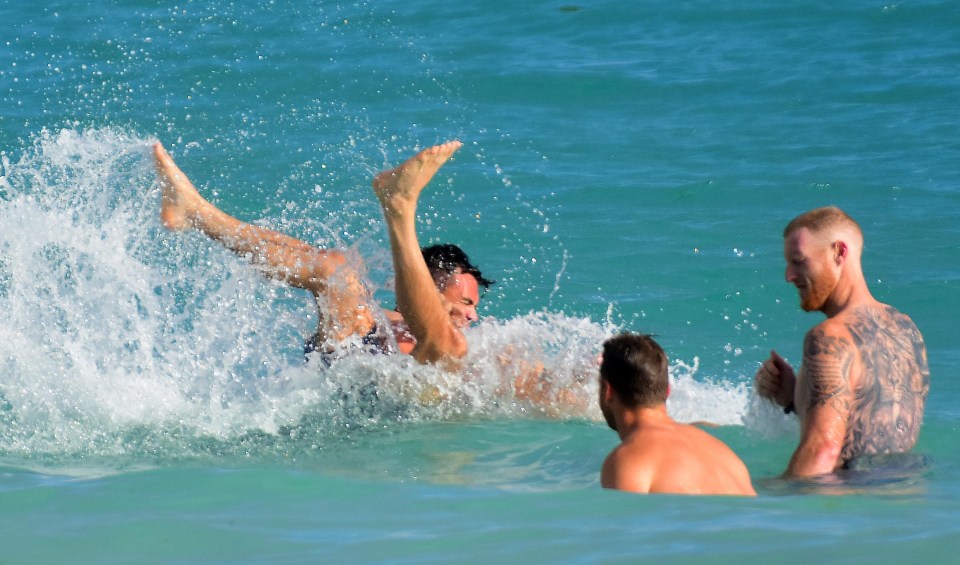 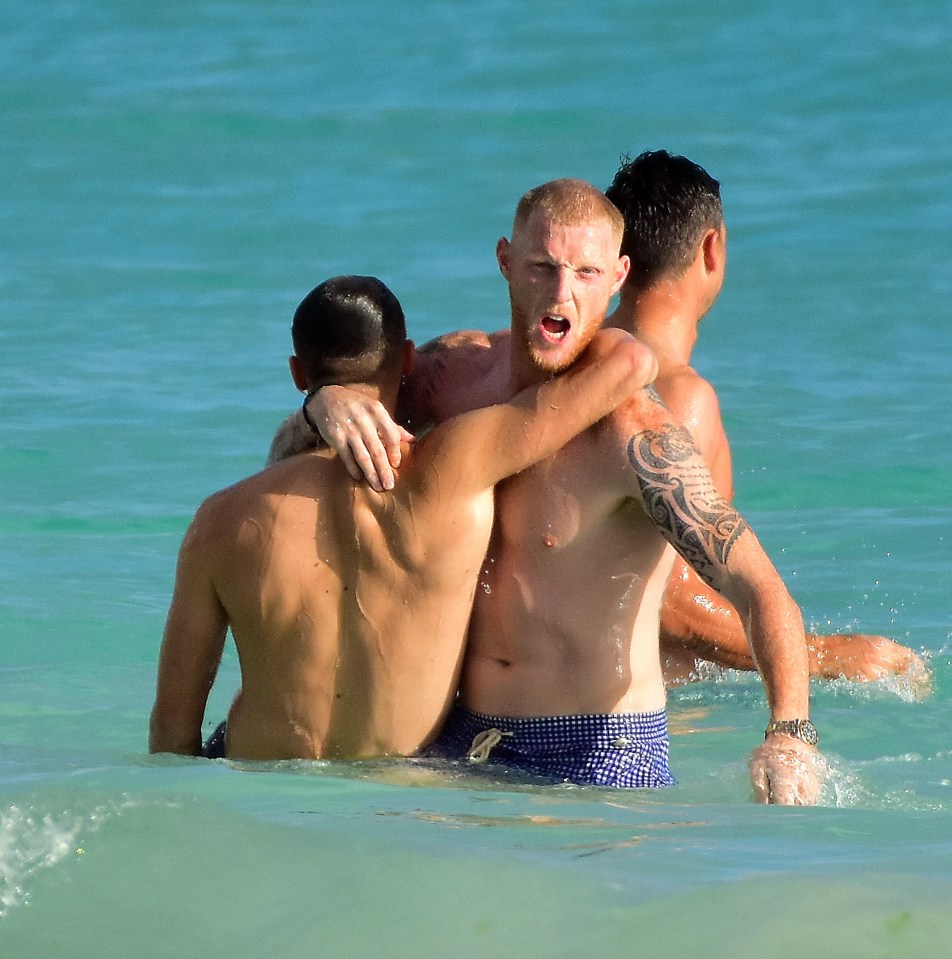 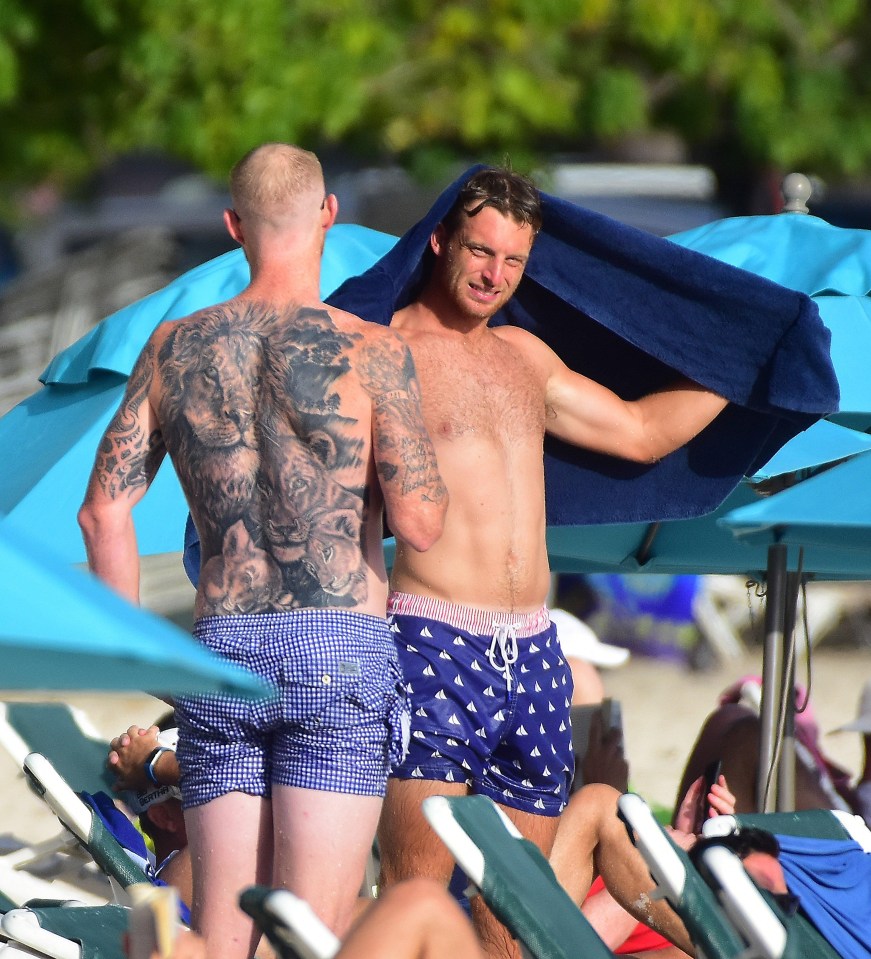 But all-rounder Sam Curran was busy with a blonde female friend in the water.

Soon their attention will turn to how they can complete a comeback over the Windies.

Root’s men must win the next two Tests in order to get back in the series but face a Jason Holder side high on confidence. 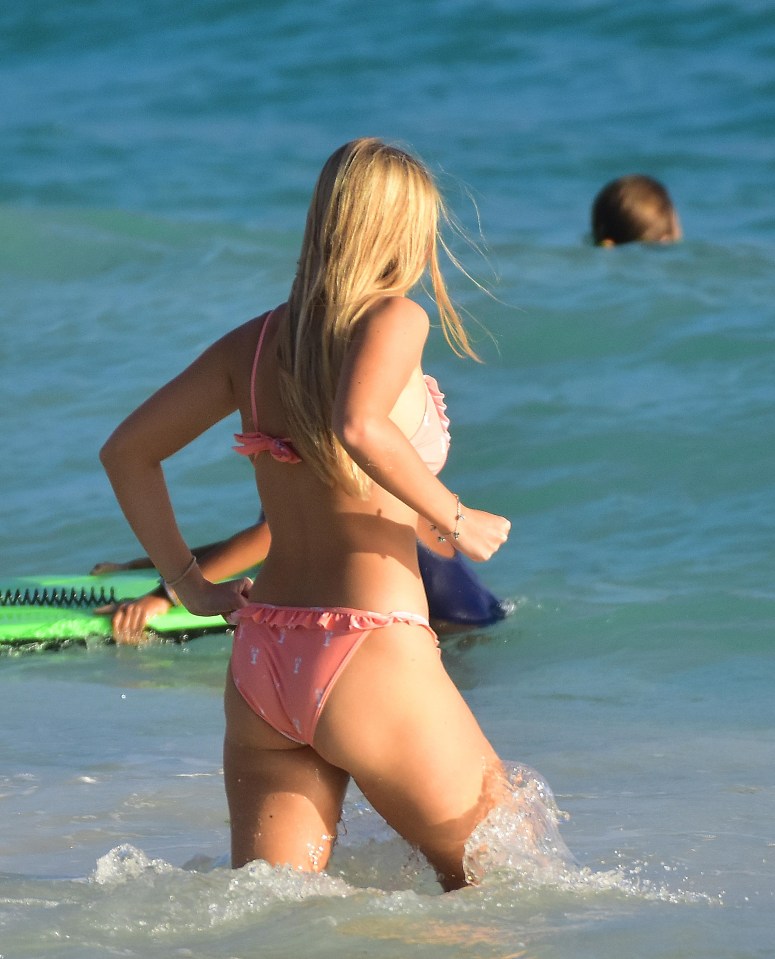 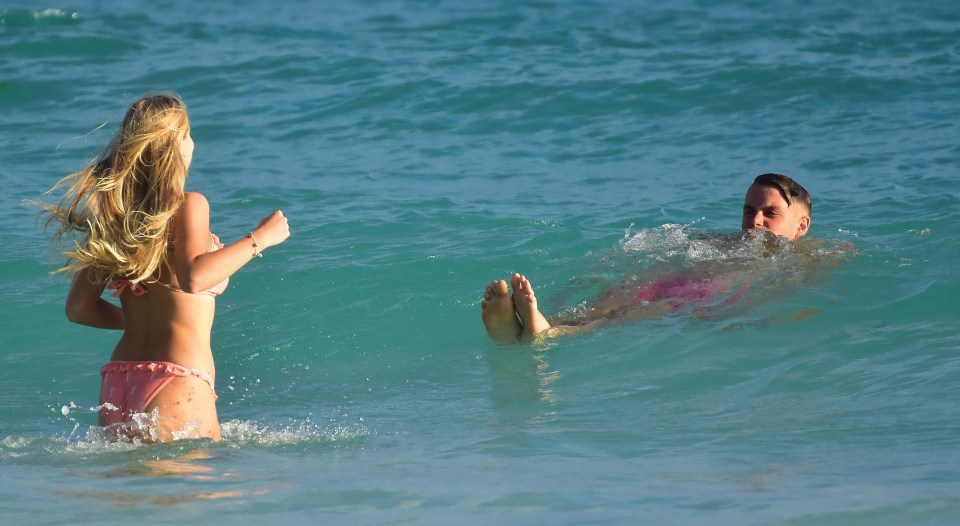 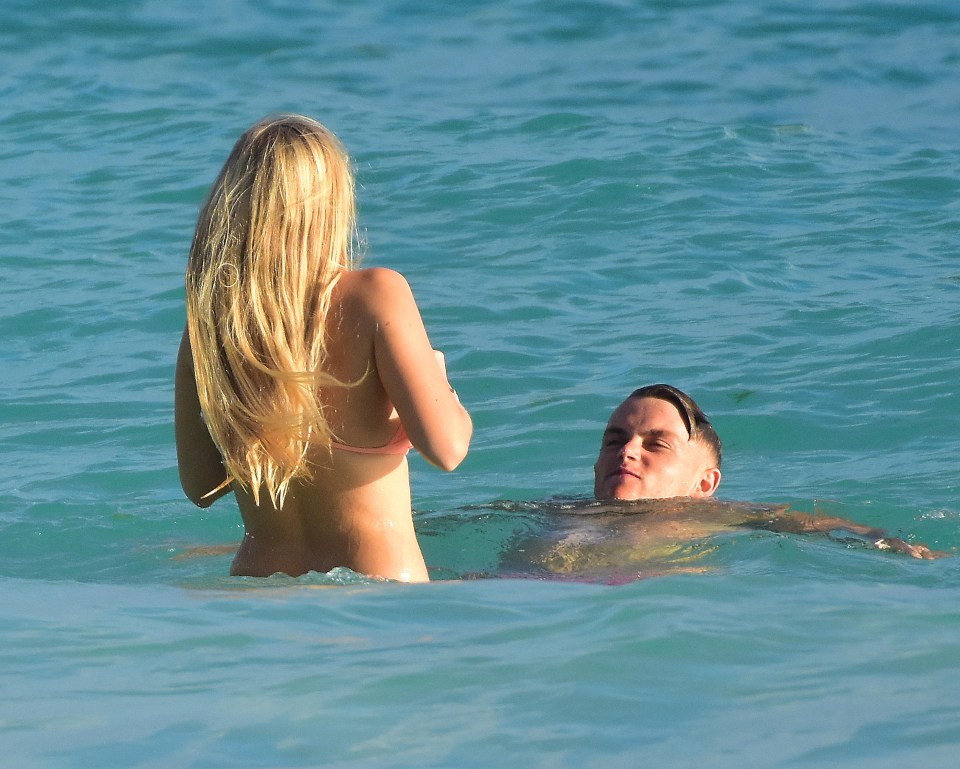 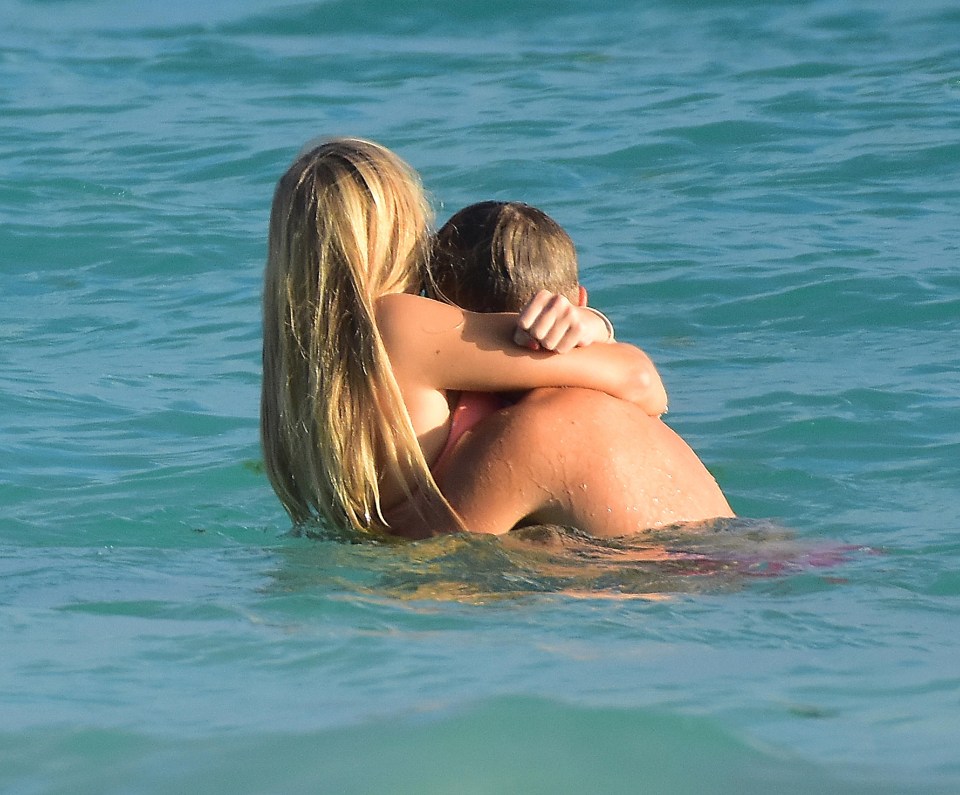 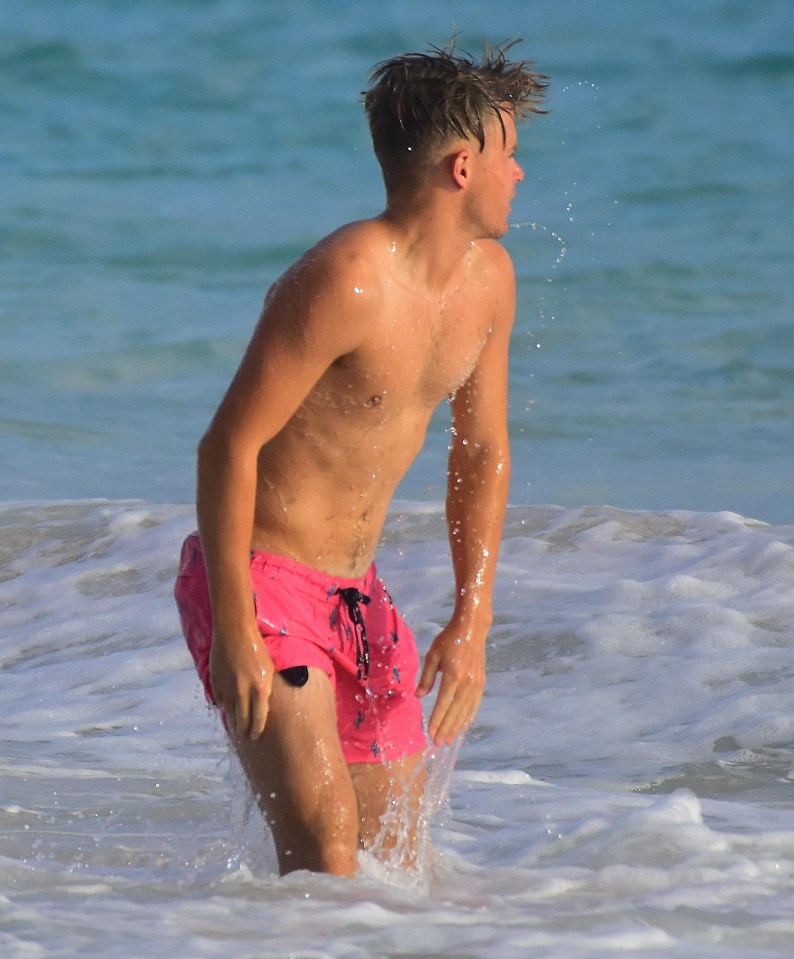