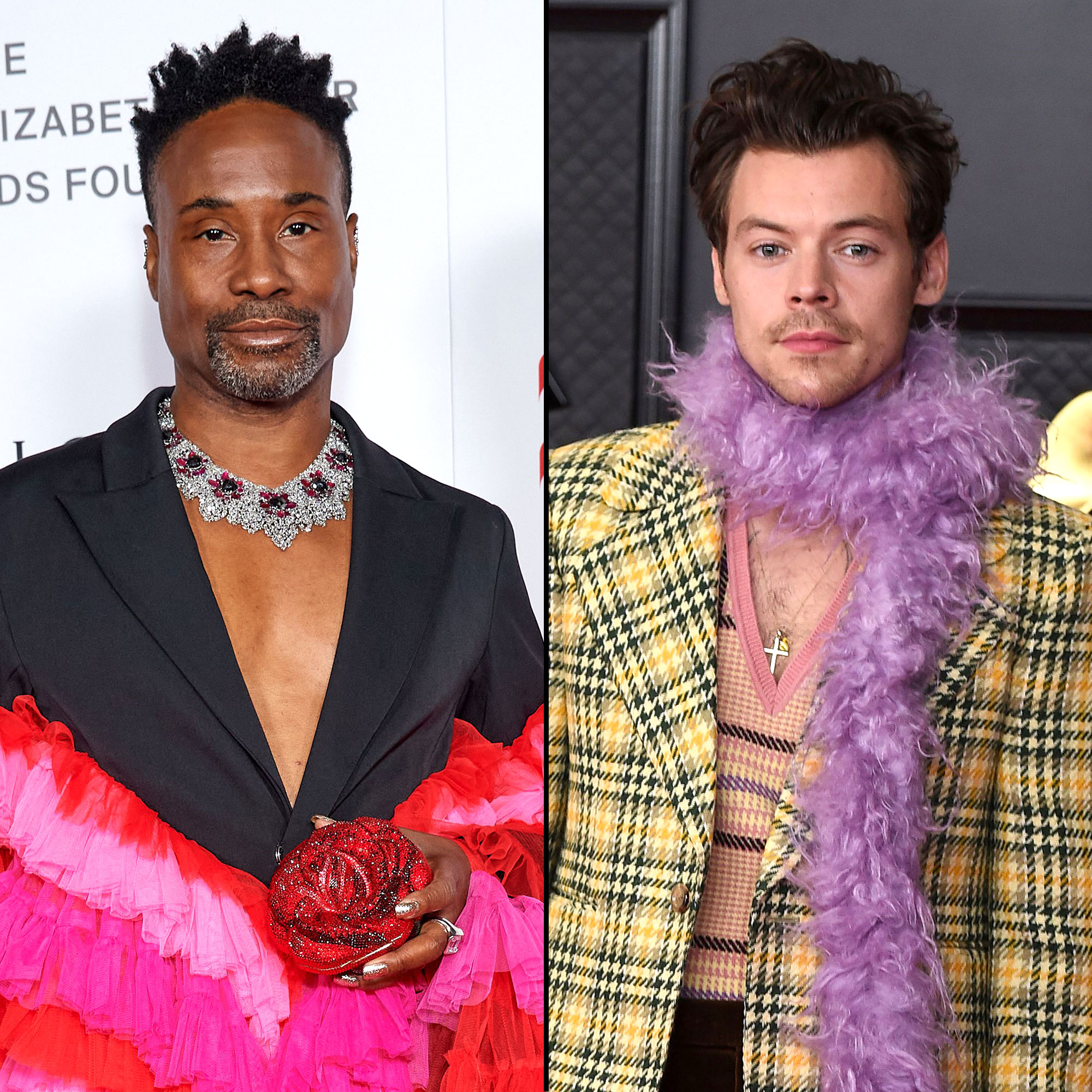 Making amends. Billy Porter has issued an apology to Harry Styles after slamming his history-making Vogue cover, in which the singer-songwriter wore a now-iconic Gucci dress.

“Harry Styles, I apologize to you for having your name in my mouth,” the 52-year-old actor, who previously stated that Styles was not the right person to represent the conversation around gender fluid fashion, said on The Late Show With Stephen Colbert on Thursday, November 4. “It’s not about you. The conversation is not about you. The conversation is actually deeper than that. It is about the systems of oppression and erasure of people of color who contribute to the culture.”

To backtrack, the Pose star, who is recognized for breaking boundaries in the fashion space, made headlines in October for telling The Sunday Times that the “Watermelon Sugar” singer, 27, “doesn’t care” about non-binary fashion.

He told the outlet that while he had no intention of “dragging Harry Styles,” he felt that Vogue’s decision to make him the representative for gender-fluid fashion — and the conversation surrounding it — was a misstep.

“I feel like the fashion industry has accepted me because they have to. I’m not necessarily convinced and here is why,” he told the British newspaper. “I created the conversation [about non-binary fashion] and yet Vogue still put Harry Styles, a straight white man, in a dress on their cover for the first time.”

“He doesn’t care, he’s just doing it because it’s the thing to do,” the Broadway star said at the time. “This is politics for me. This is my life. I had to fight my entire life to get to the palace where I could wear a dress to the Oscars and not be gunned down. All he has to do is be white and straight.”

Porter has spent years making waves in the gender-fluid fashion world, most notably arriving to the 2019 Oscars in a Christian Siriano blazer dress. “I changed the whole game,” he said in the interview. “I. Personally. Changed. The. Whole. Game. And that is not ego, that is just fact. I was the first one doing it and now everybody is doing it.”

At the time of writing, Styles has yet to acknowledge Porter’s public apology, but Us Weekly’s Stylish will issue an update as the story develops.