Despite predictions that shoppers are set to splash out on the sales significantly more on the high street than online, UK shopping centres were empty when they opened this morning. 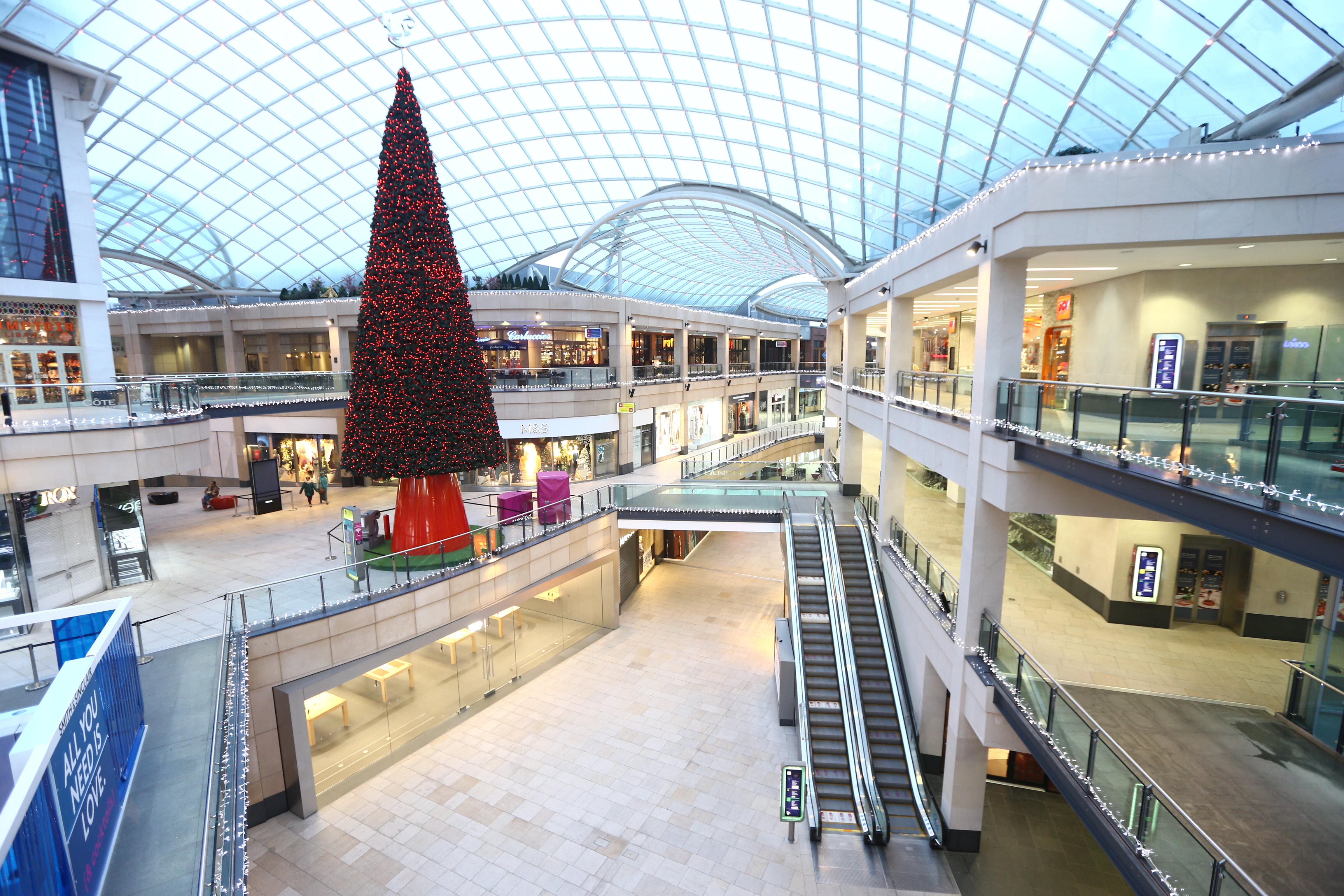 By 7am this morning, online transactions were up by 78 per cent on last year, according to finance firm Loqate, and Currys PC World is already reporting three online orders every second.

John Lewis sales peaked so far between 6am and 7am, with 68 per cent of Brits spending cash via their smartphone or tablet compared to 38 per cent on desktop.

In stark contrast, Trinity Shopping Centre in Leeds was deserted in the early hours of the morning, while it was business as usual in Glasgow City Centre and at Brimingham's Bullring.

Online shoppers have been left frustrated with retailers after their websites crashed and some which ran out of deals early on in the sales. 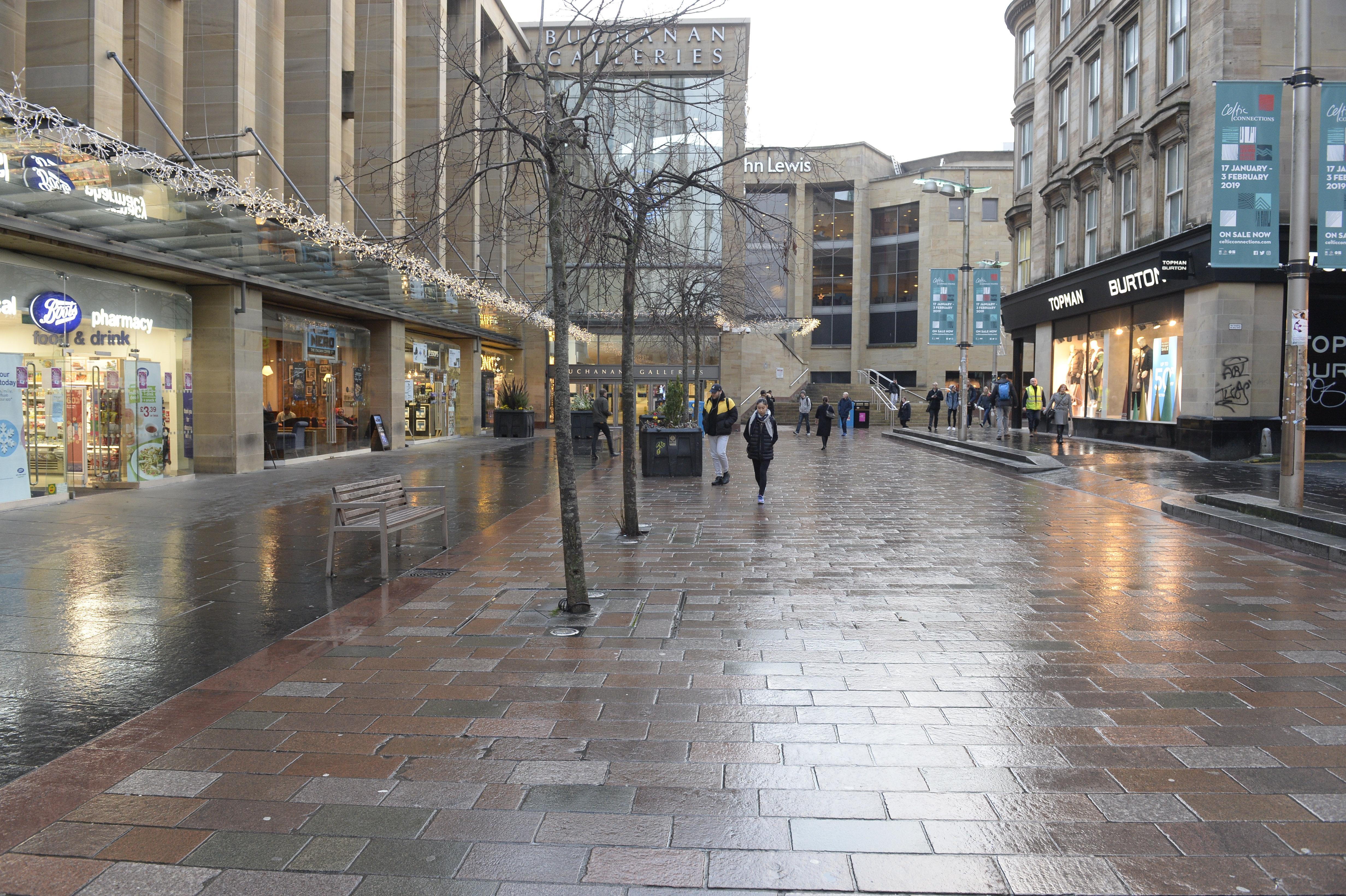 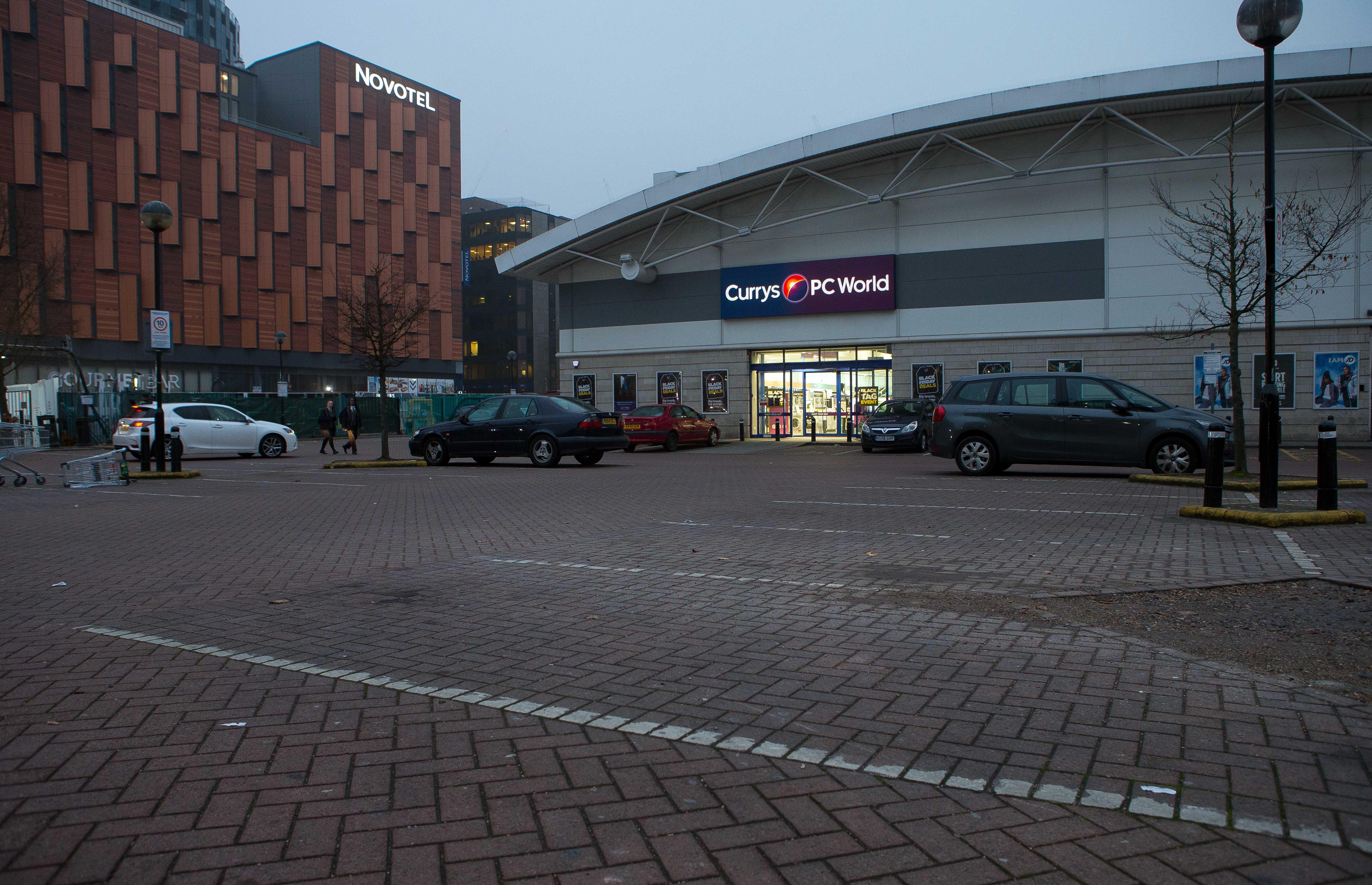 GAME crashed as it went live at 6pm, with more than 200,000 people scrambling for Black Friday deals.

One person was told they were 107579 in the line for the GAME website as others braved the bitter cold to stand outside an Amazon store in London.

People were met with a frustrating wait to get on JD Sports and Debenhams online stores, with one shopper tweeting: "I thought the point of online sales was to avoid queues?"

Some people complained that the Debenhams website was not charging fall price for sale items at checkout.

And even though some shoppers were spotted queuing outside the Amazon pop-up shop in Shoreditch High Street when it opened yesterday but at 9am this morning there was no one in sight.

Supermarkets were expecting to be besieged by bargain hunters, and pictures showed Tesco preparing to unveil a mountain of sale TVs ahead of the 5am opening. 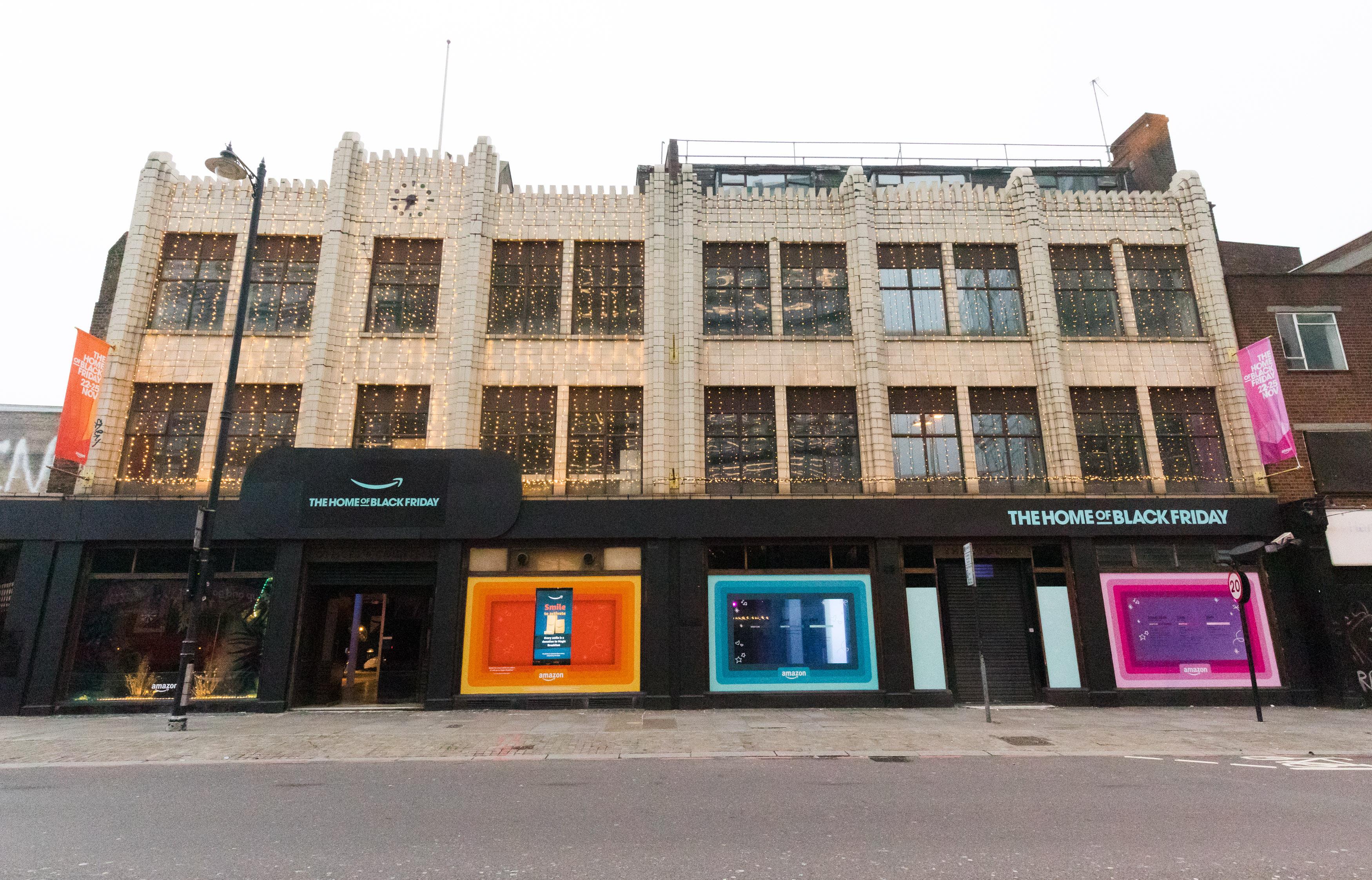 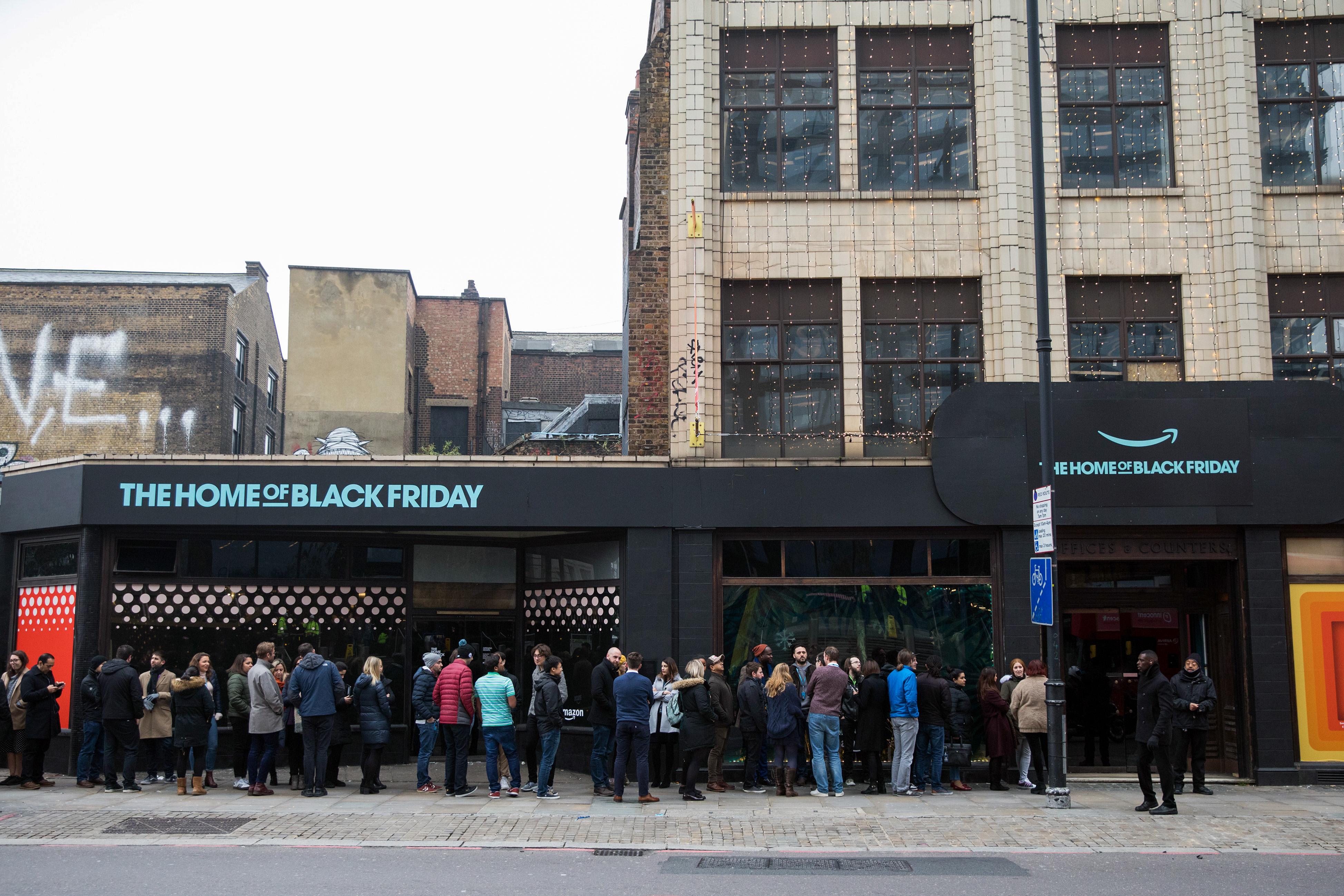 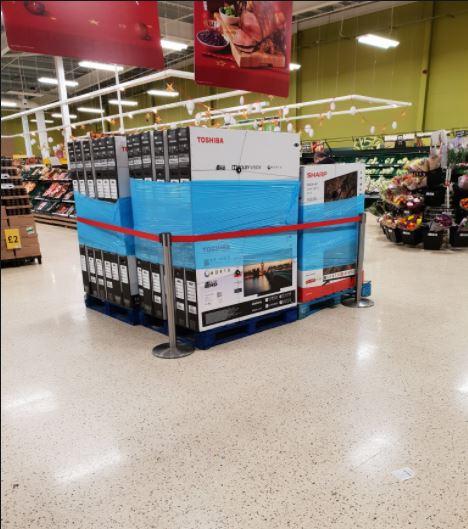 While some shoppers lined up outside the Kingston Park store in Newcastle, no one arrived early for the sales at the supermarket in Kidderminster, Worchestershire.

Meanwhile, chaos has erupted in stores around the world like in Sao Paulo, Brazil, where shoppers pushed their way through crowds to pick up deals on TVs.

Large crowds have already flooded into Macy's flagship department store in New York, with bargain hunters hoping to pick up deals the day after Thanksgiving. 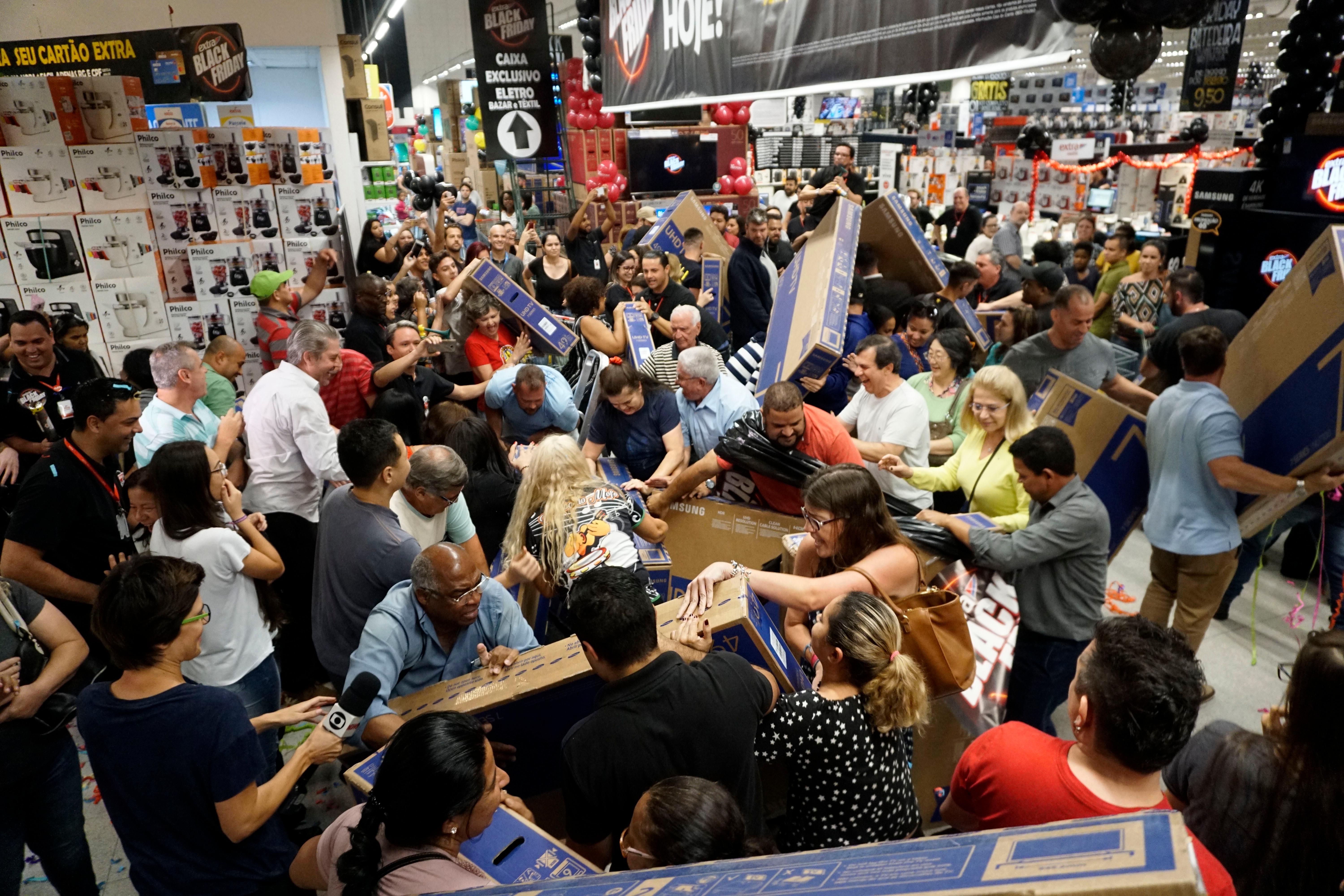 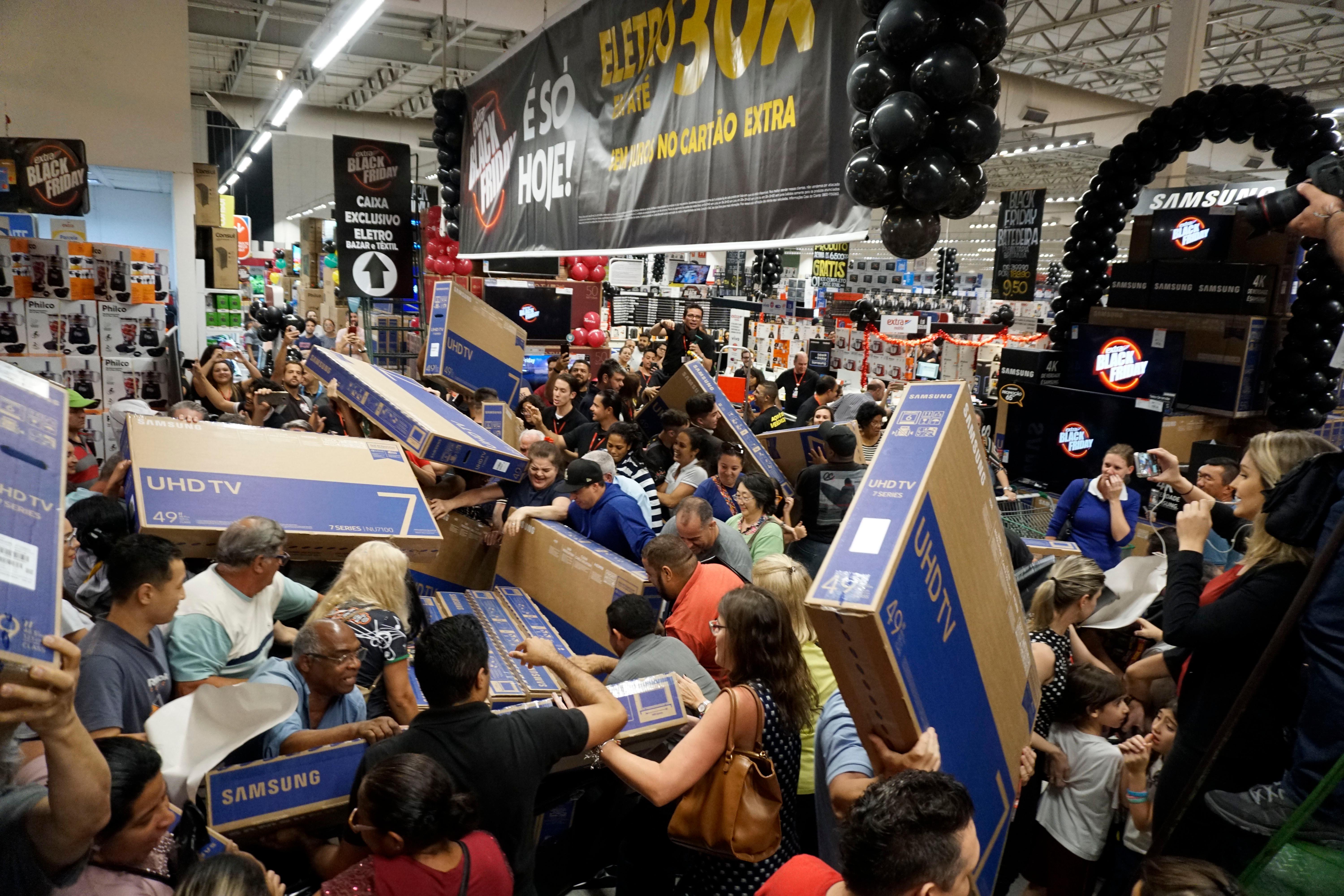 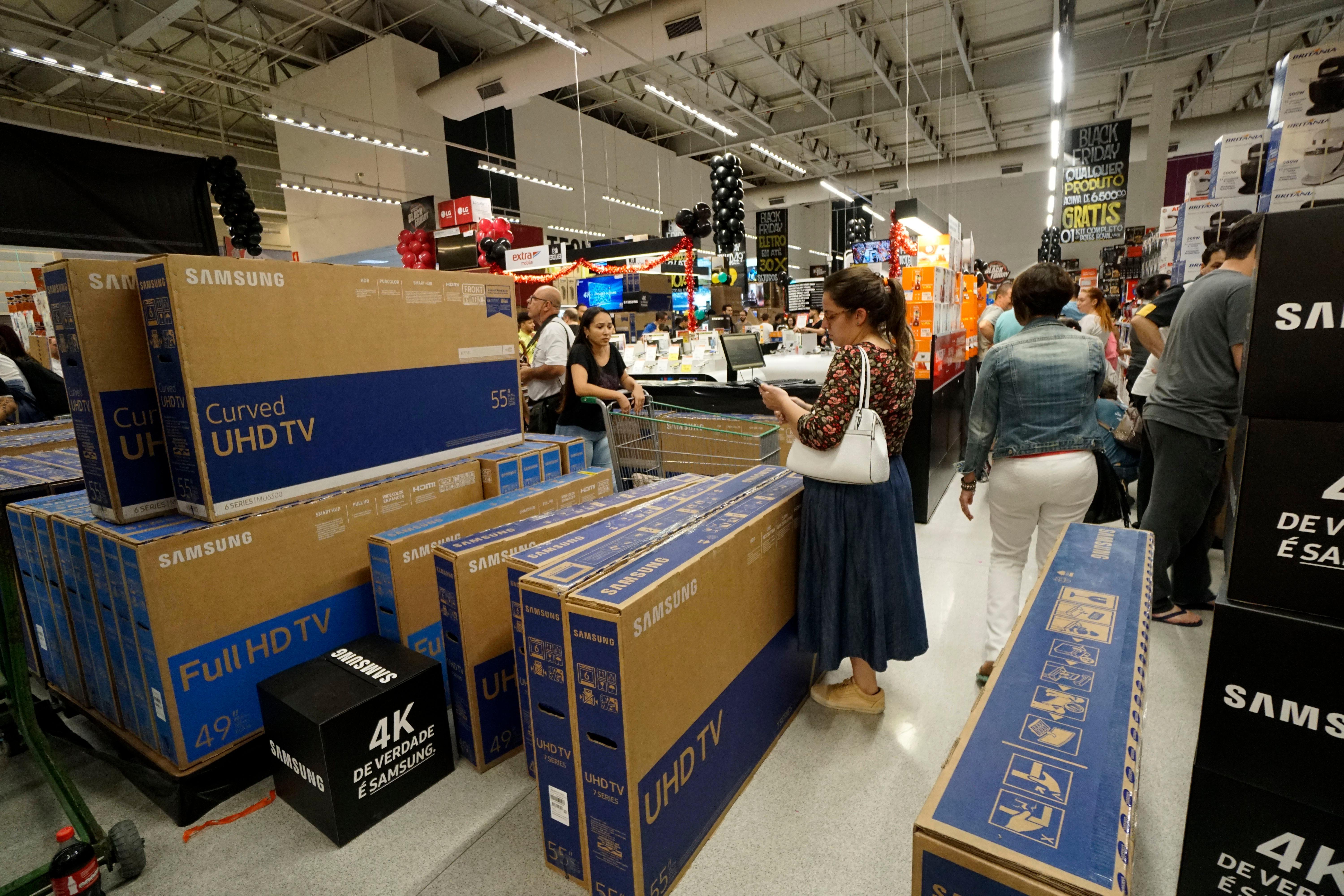 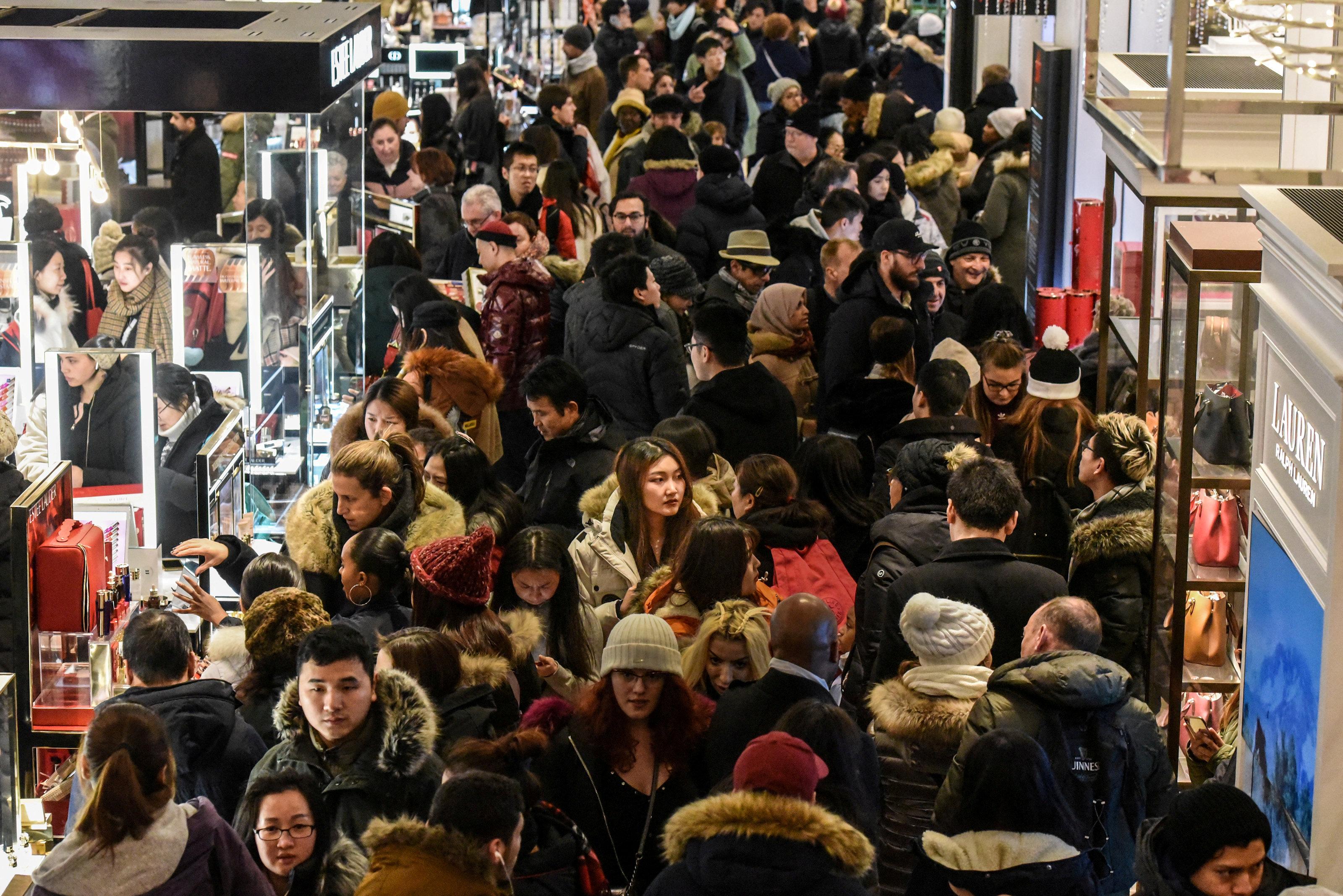 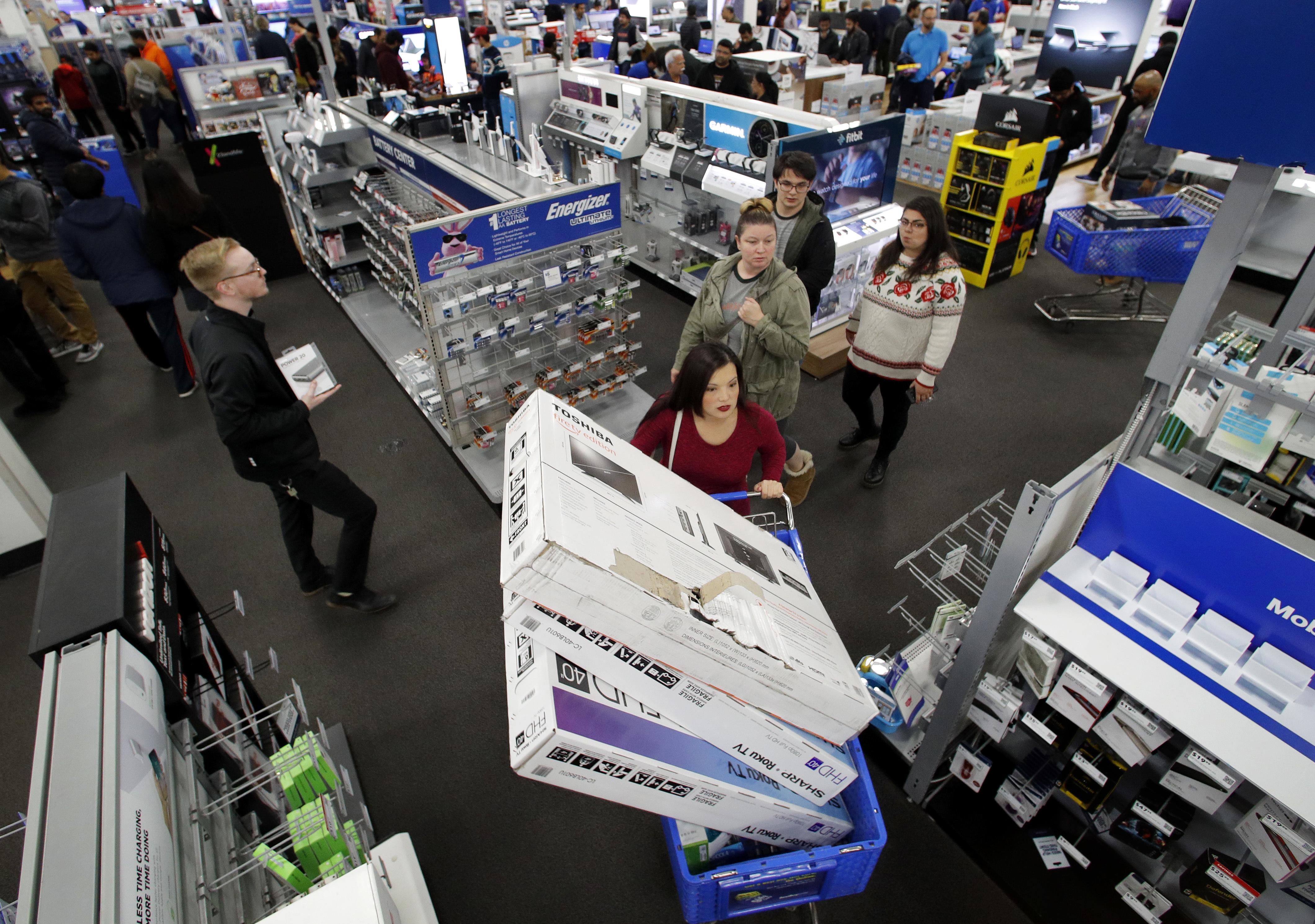 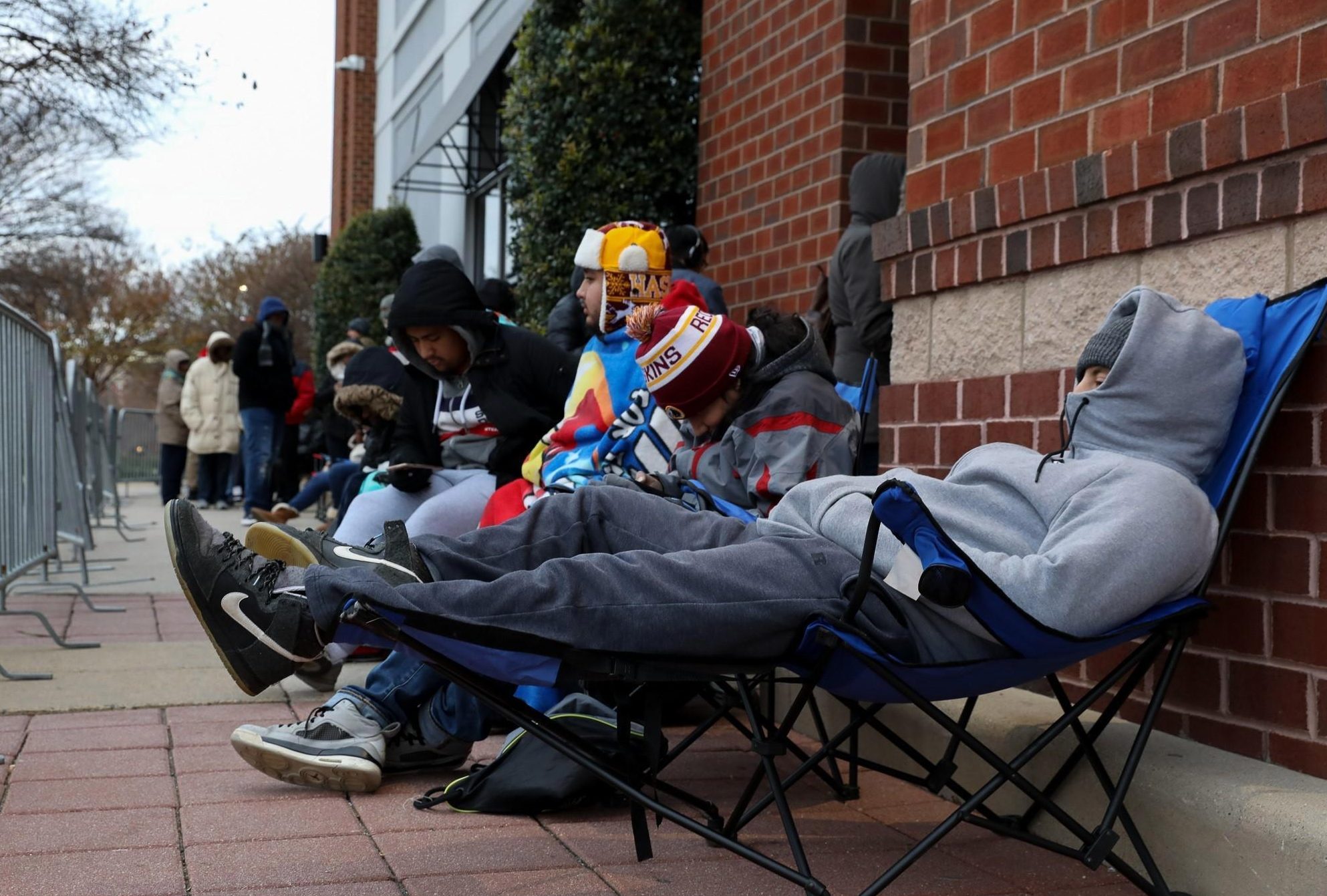 In Alabama, a teen shooter has been killed and a 12-year-old girl is among the shoppers injured after a deadly gun battle erupted at a mall last night.

Shoppers throughout Britain are expected to spend about £13.4million per minute on Black Friday itself.

With all thoughts of frugality out the door, shoppers were quick to mock themselves on social media ahead of the official spend-a-thon.

Brits have been sharing tweets and memes about their purchases and referring to their rapidly disappearing bank balances ahead of the big sales weekend.

Even charities are hoping to take advantage of big-spending Brits, to help their cause. 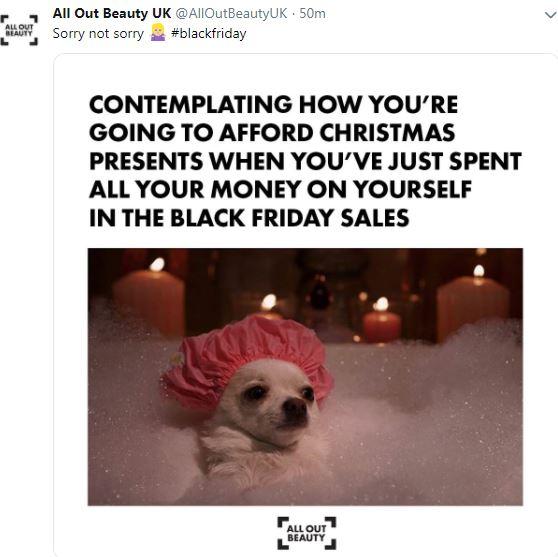 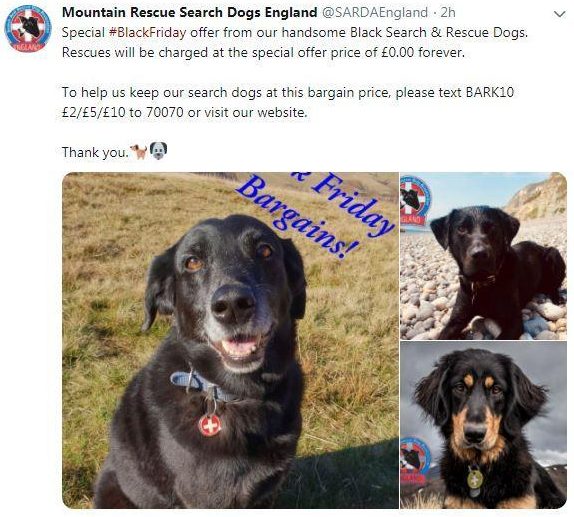 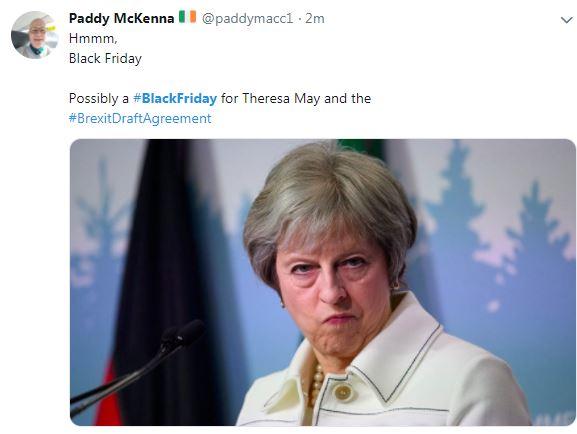 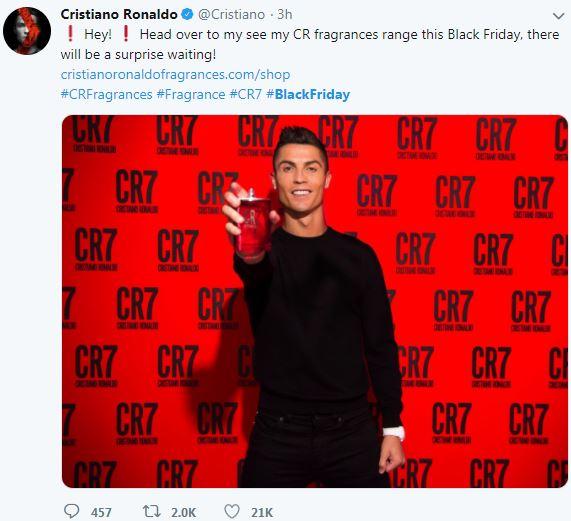 Britain leads the way on Black Friday and Cyber Monday spending – with more UK consumers grabbing deals than anywhere else in the world.

An international survey found our shoppers spend more, on average £327 (€370), during the long sale weekend than any other country.

Not all stores were empty, as keen shoppers arrived early for the discounts at Tesco Extra in Kingston Park, Newcastle. 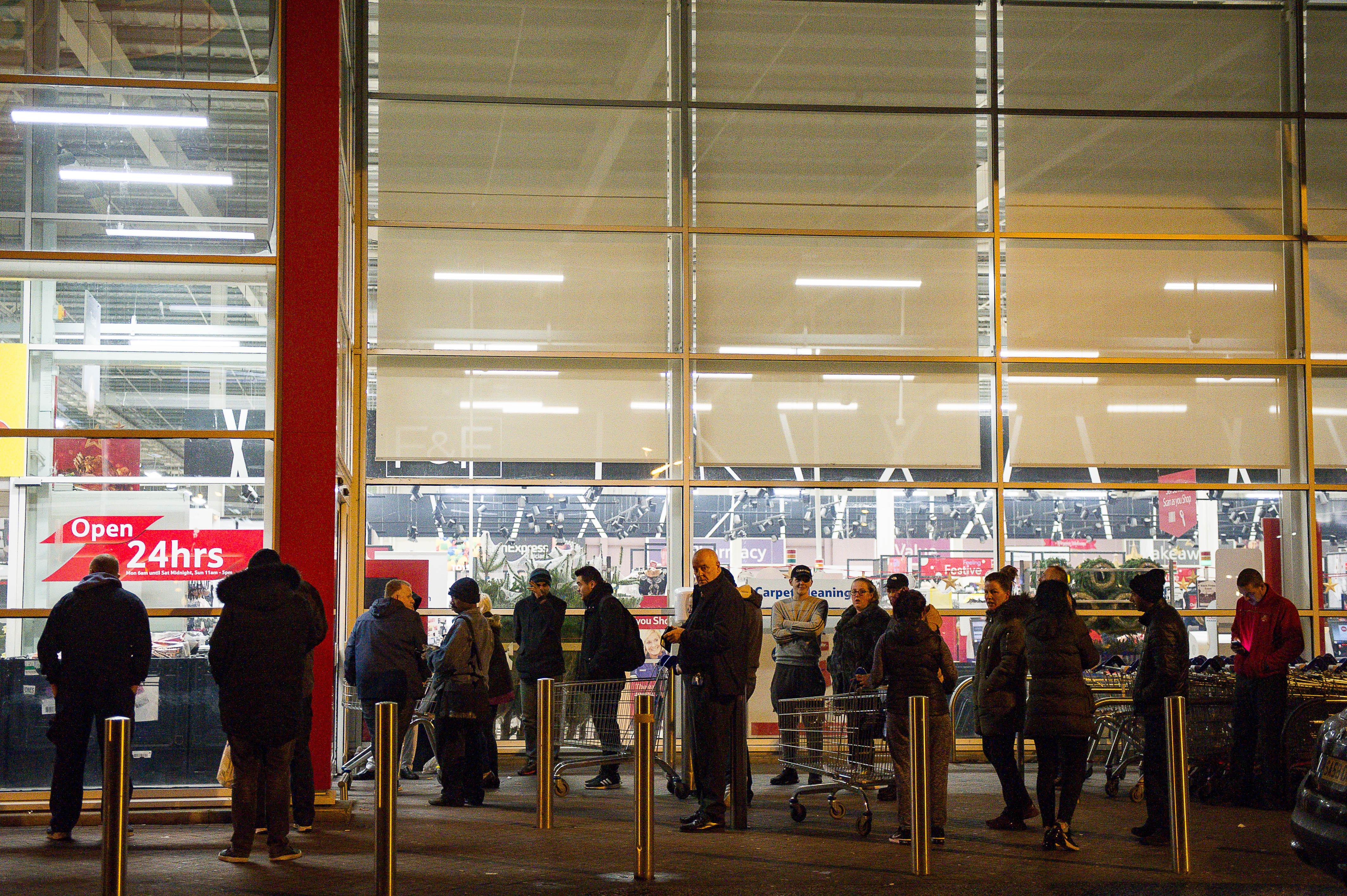 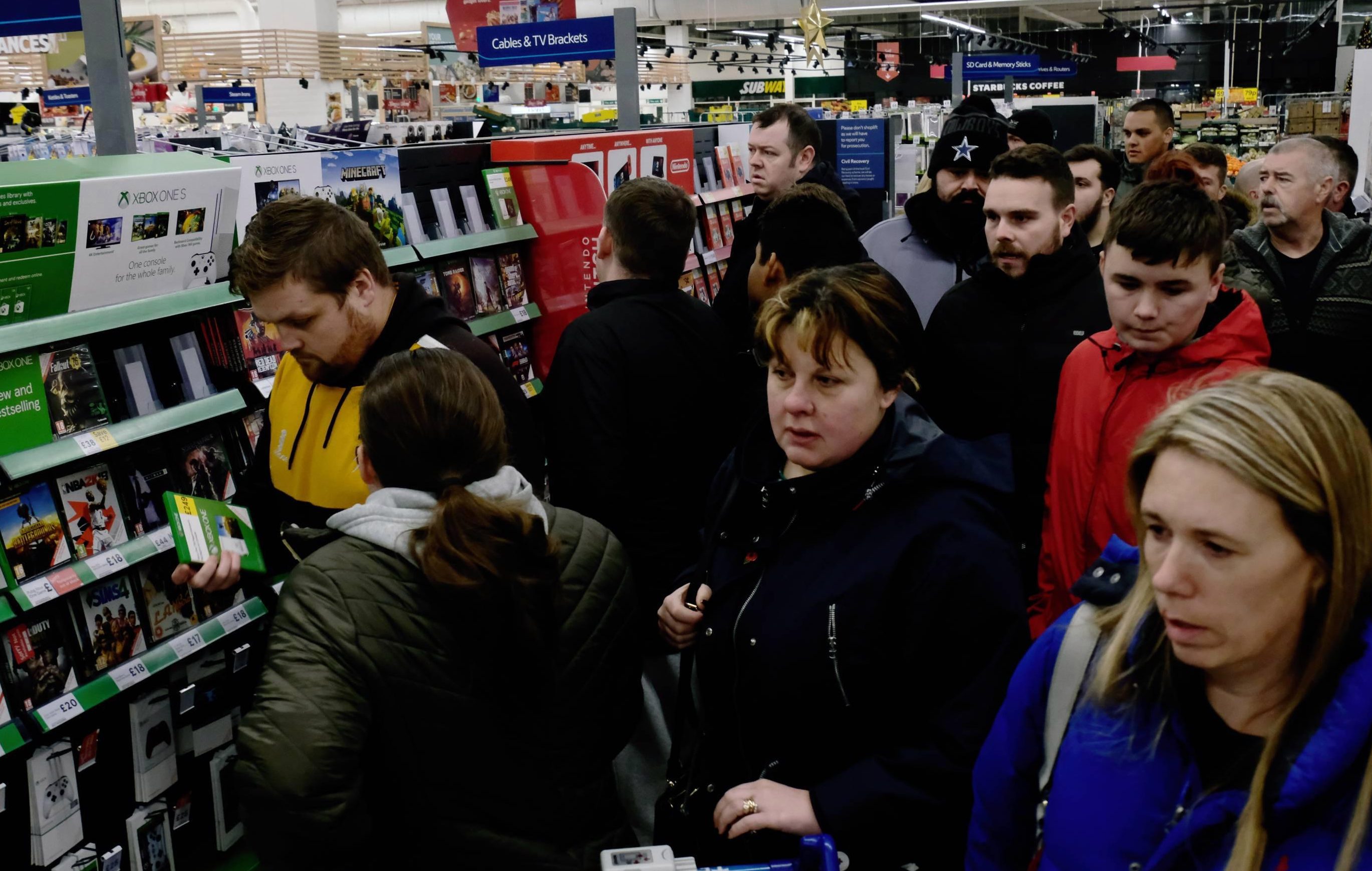 However, the Press Association reports that Black Friday spending is expected to dip for the first time since its arrival in the UK as retailers brace for the start of a fiercely competitive Christmas trading period.

Consumers will spend £2.4 billion on deals in stores and online, down from last year's £2.6 billion, according to the predictions from the Centre for Retail Research (CRR) and VoucherCodes.co.uk.

Yet spending across the weekend, including Cyber Monday, is expected to be up 6.4 per cent on last year to £8.3 billion.

Just over a quarter of Britons (27 per cent) feel "positive" about Black Friday, with almost a third of consumers (31 per cent) planning to buy clothing, footwear or accessories on Friday, 24 per cent being in the market for gadgets and home technology, and 22 per cent expecting to buy toys. 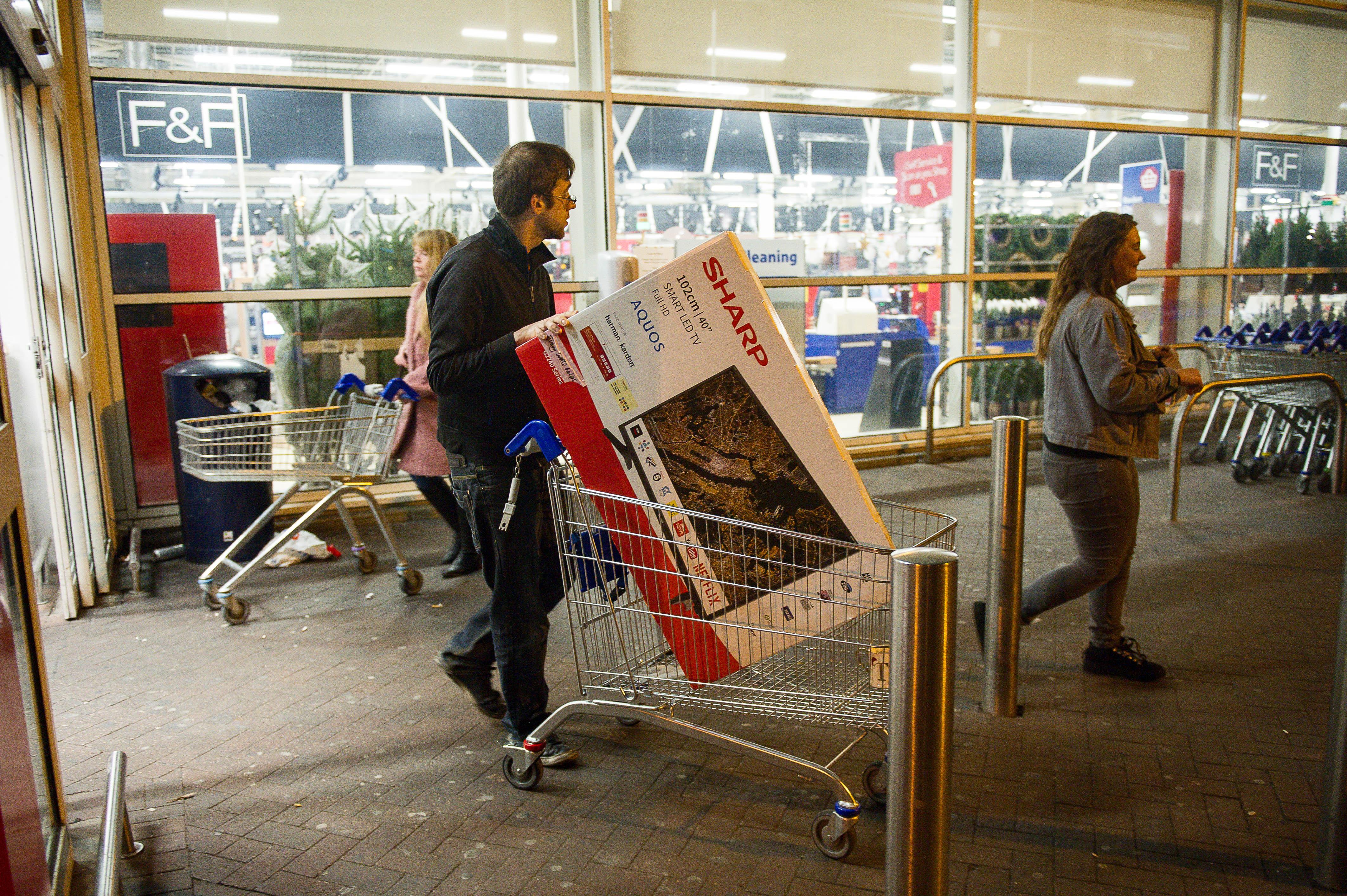 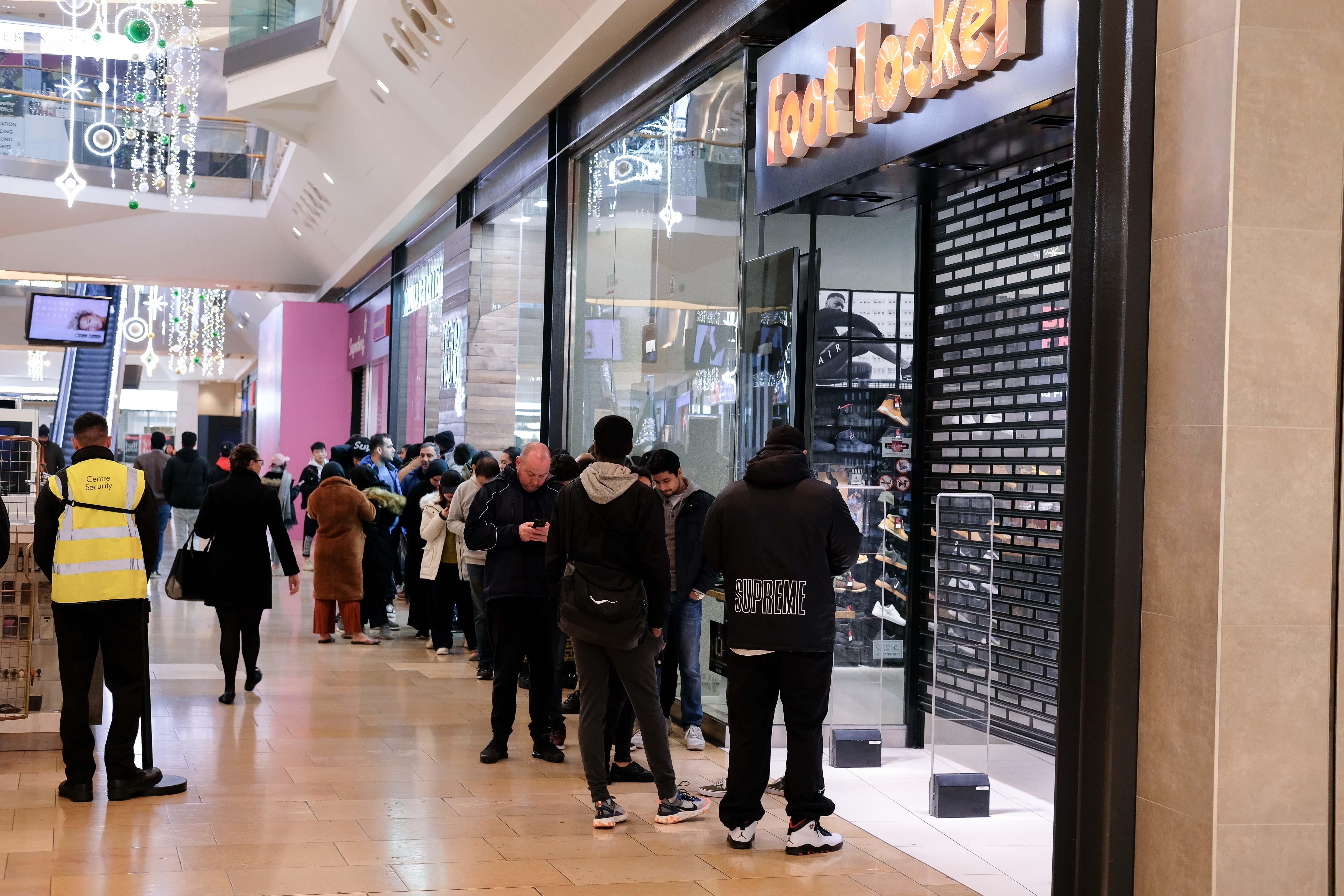 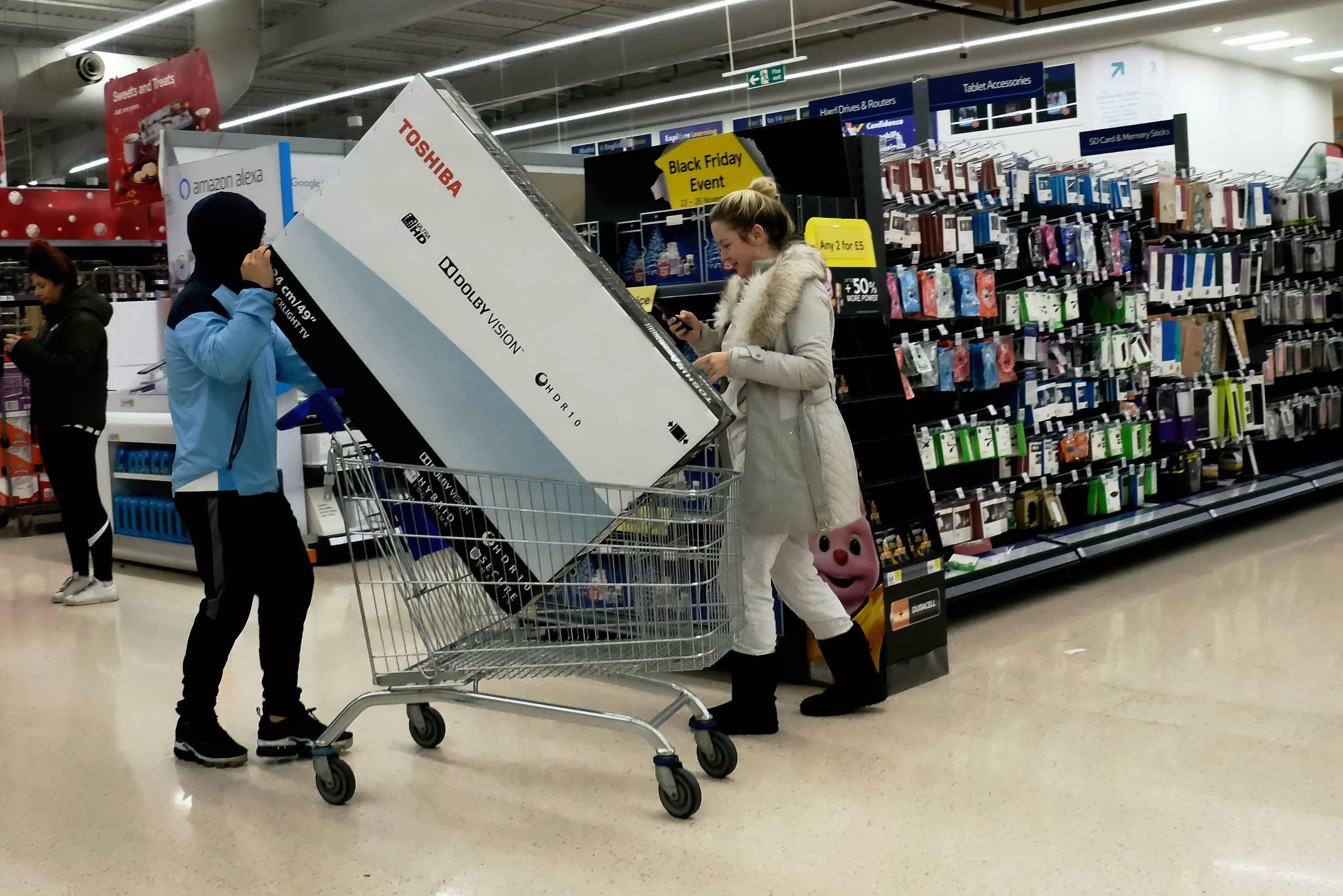 Consumer watchdog Which? found that nearly nine in 10 "deals" available last year had been cheaper at other times.

Analyst Springboard said it expected the sales event to do "very little" to help the high street, anticipating Black Friday footfall would be down 3.7 per cent compared with last year and 2.7 per cent lower over the weekend as a whole, and predicting online transactions will be down 5 per cent on last year.