Black Millennials Are Finding Faith And Fellowship Outside Of The Church 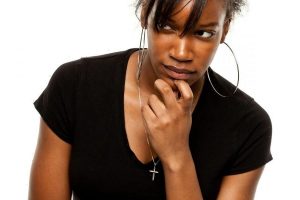 Singer, poet, and online personality Joseph Solomon recently dropped a bombshell when he made an announcement on social media: “I am not a Christian.” Known to many as a young, Christian influencer, he received largely negative backlash to his post. He responded by deleting his Twitter account, the controversial Instagram post, and replacing all of that with an explanation.

In the “shores over here somewhere” episode of his Flights & Feelings podcast, he stated that his doubts regarding much of Christianity ultimately led him to question his “allegiance” to religion altogether. His feelings were magnified during the pandemic as he sought out therapy, deciding to “stop calling his doubts…doubts” and instead, choosing to be “ok with letting go” of organized religion, but not necessarily of his faith. He said he is currently allowing himself to redefine what faith looks like for him now. He’s not alone.

In recent years, the association of influencers like Solomon with white evangelical churches and Christian organizations has waned largely due to issues of racism, gender inequality (complementarianism), and other theological differences. Outside of Black millennials though, over the last 20 or so years, several high-profile Christian leaders have been named among the ranks of those leaving the religion. Everything from a major shift in theological belief to a disavowal of it as a whole has been cited as a reason. Just as common though is the use of the term “deconstructing” (Solomon calls it an “evolution,” others say a “reconstruction”) to describe the process of dismantling one’s firmly held beliefs to better understand the present contours of their faith. Deconstructing has led to diverse expressions of faith, including practices related to Ifa spiritualists, humanists, and the fluidity of “the Black Church” itself. The fact that Solomon’s declaration occurred via social media denotes the way the Internet has become an important tool in remapping religious belief among Black millennials. These days there are an untold number of digital religious spaces began by young Black people like the Unfit Christian Congregation on Facebook, Beleaf in Fatherhood via YouTube, and Solomon’s own podcast, which provide a supportive environment for that. Through such spaces, Black millennials participate in communal practices once solely associated with the Black Church, such as call and response, testimony service, and whooping (posts and comments, meme-sharing of religious content, use of the WhoopTriggerz app, etc.).

These opportunities for fellowship online prove early reports conducted by the Pew Research Center, like the well-cited Religious Landscape Survey, to be outdated (hence their recently updated report on Black faith). Black faith was not documented as such unless it was deemed to have passed through the doors of a Christian Black Church, often judged as the only legitimate Black Church experience. These practices also prove false the idea that young Black people who might not identify with a particular religion are not engaged at all and have deserted the church. In Networking the Black Church, I talk about that “leaving/abandoning myth.” Prevalent in the early millennium, it claimed young adults were leaving the Black Church in droves and were “nones,” without affiliation to religion or even spirituality. We now know this to be false according to later reports by the Pew Research Center, which clarified that a disaffiliation from church and religion was mostly attributed to young white respondents.

What has happened in the current day is that the pandemic has forced many Black millennials to come to terms with the silence of God, and the church (both the white and Black one truth be told), on their suffering; be it through financial loss, the loss of friends and family, or the loss of being in community experienced by all. These moments of grief were often coupled with ongoing threats of police brutality, mental health crises, and Black Churches continued silence on Queer identity, women in leadership, and other identity-affirming work. The most strident Christians may see Black millennials’ responses to all of this as losing one’s way or turning from faith. However, faith has always consisted of turns, detours, and the reconceptualization of one’s beliefs. Many young Black believers are no longer content to remain in houses of worship that refuse to allow this sort of deconstructive work. This is particularly true for those who have experienced trauma in the church, and of older Black millennials who may now have the means to locate culturally sensitive therapeutic care beyond the Black Church. People are looking at and practicing their faith in other ways.

If the Pew Research findings are correct, “belief in God” continues to rank high (72%) among Black millennials, compared to 46% for white millennials. Comments like Solomon’s point to an emerging aspect of Black millennial faith in the pandemic era. They are not, in large part, leaving “the faith.” They are expanding the very notion of what faith, and Christianity in particular, constitutes. The real revival that we are witnessing is in the reprioritization of Blackness among younger believers. Black millennials finding God in protests, in community, and in one another will undoubtedly cause the next major shift in Black faith.

In the meantime, the internet remains a solid landing pad for many who are deconstructing their beliefs amid a rising death toll, protests, persistent violence against Black lives at the hands of police, and new technologies of racism in the Trump era. It is a movement towards a faith rooted in Black futures, a Black futured faith one might call it. That’s not about leaving. That’s about learning. Learning to love ourselves…regardless. Learning that the Spirit still moves (us) in mysterious ways. Learning that justice is a religion, too. Learning that love begins at home.

Black millennial faith is fluid, yet, their belief in God hasn’t changed much. It’s a myth that they are leaving “the faith.” Instead, Black millennials, at least those associated with Christianity, are reimagining it.

Erika Gault’s Networking the Black Church will be available January 2022.