It was July 2005 at Sydney's Metro Theatre when I saw what was arguably the best gig of my life. 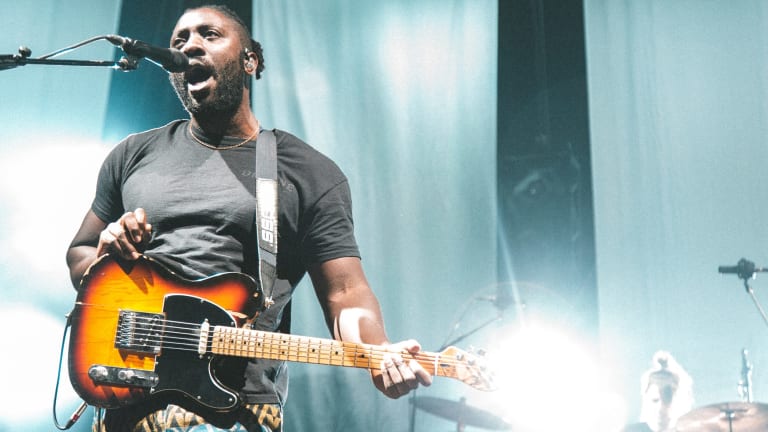 Bloc Party, a previously unknown act from London, belted out its debut album, the Mercury-nominated Silent Alarm, and blew the doors off the venue.

The rough and ready rock group channelled "a blistering intensity, equal parts thrilling and unnerving", wrote The Sydney Morning Herald at the time. "If you didn't quite believe the hype before, you will after seeing – no, experiencing – Bloc Party live."

Jump forward 13 years, and frontman Kele Okereke has returned to Australia with a different line-up to replay Silent Alarm in its entirety. It says something about our collective attention spans that such a relatively recent album is already packaged as nostalgia, but the soldout crowd at Margaret Court was an indication of just how adored the record is. Would sales have been as strong without the whole-album gimmick? Unlikely: we love to know exactly what we're getting.

Okereke was in total control as he flipped the track list on its head and effortlessly performed the 12 songs back-to-front with little banter or explanation. It wasn't until the mid-point of the set, and the seminal screecher This Modern Love, that the confetti cannons burst forth and the roof quite literally opened.

As on the record, it was hit after hit and the crowd surged, wailed, fist-pumped and air-drummed to She's Hearing Voices, Blue Light, Banquet, Positive Tension, Helicopter and finally the raucously gritty Like Eating Glass.

"It's so cold in this house!" Okereke moaned, and the audience joined in like a rock'n'roll karaoke session.

After a brief encore, the band returned to play a handful of other hits and rarities, but some might have preferred the four-piece to play Silent Alarm all over again. It's hard to imagine a more perfect mid-noughties album.

Strangely, the gig made me feel 13 years older rather than younger, but that's not necessarily a bad thing. Many of us have grown up with Silent Alarm and these days it sounds less like an urgent call to arms than a distilled moment in time.

Bloc Party played as tightly as ever, but after such a flashback, what next?