Bob Saget’s family members — including wife Kelly Rizzo and adult children — have broken their silence over the sudden death of the comedian.

“We are devastated to confirm that our beloved Bob passed away today.  He was everything to us and we want you to know how much he loved his fans, performing live and bringing people from all walks of life together with laughter,” the Saget family said in a statement to Page Six.

“Though we ask for privacy at this time, we invite you to join us in remembering the love and laughter that Bob brought to the world.”

Rizzo, 42 — a journalist who hosts her own digital series, “Eat Travel Rock TV” — wed Saget in 2018. He was previously married to screenwriter and former attorney Sharri Kramer, with whom he shared daughters Aubrey, 34, Lara, 32, and Jennifer, 29.

Last February, Rizzo explained in a TikTok video that she entertained a relationship with Saget after he slid into her DMs in 2015.

“I think Bob was looking for a good Midwestern gal, a Chicago gal, like myself,” the Illinois native said in the clip.

“So he saw my Instagram and he’s like, ‘Oh, it’s not all selfies and bikinis, like she actually does stuff. She has this food show and travel show. She seems interesting.’”

In a video of his own last year, Saget, lovingly joked about Rizzo’s career, “When you meet a beautiful food influencer in your DMs and you marry her … and now I can’t use my kitchen.”

Florida’s Orange County Sheriff’s Department confirmed on Sunday that the “Full House” actor was found dead at age 65 in his hotel room at the Ritz-Carlton in Orlando. 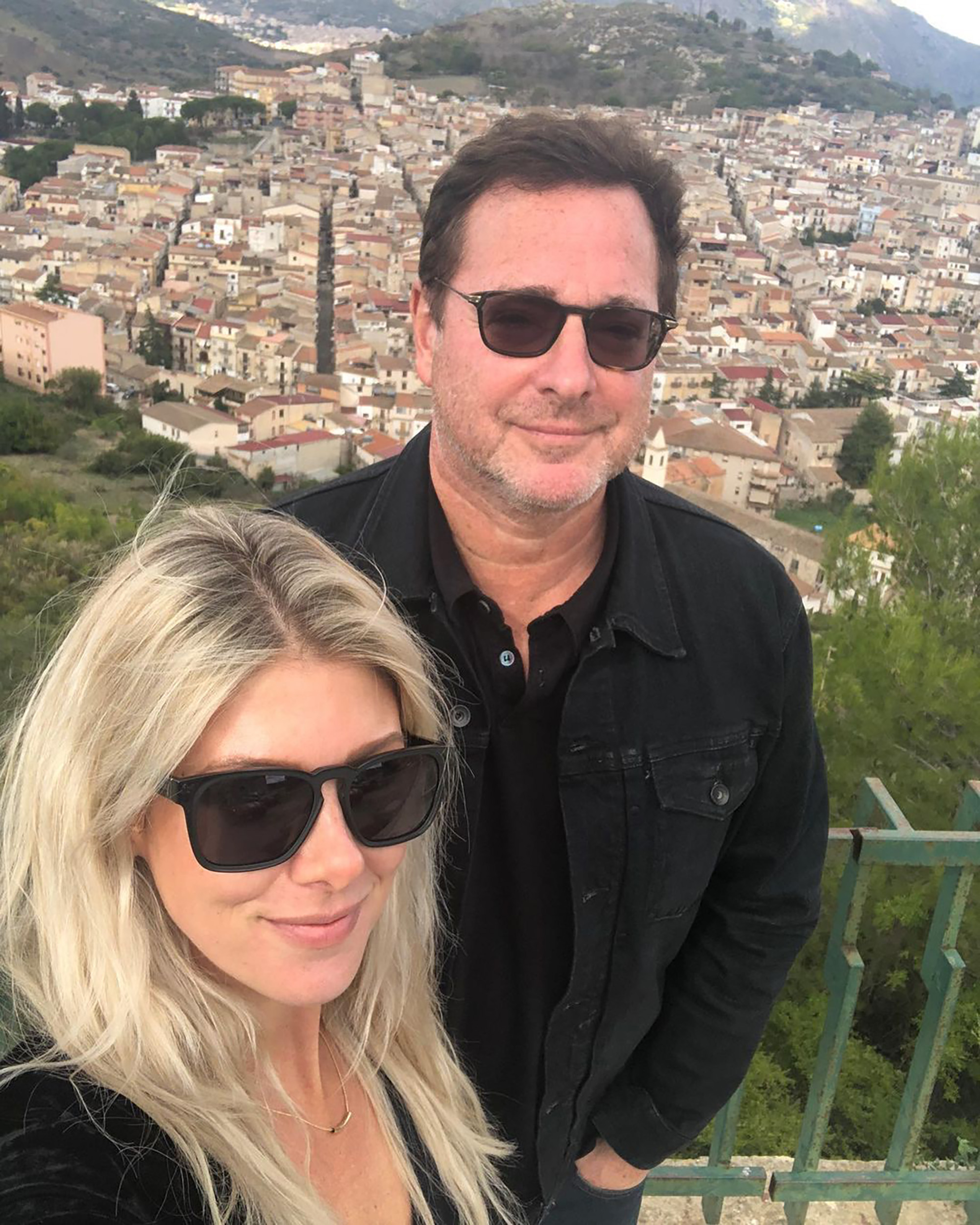 According to TMZ, the police and fire departments responded to the hotel around 4 p.m. on Sunday after security found the comedian in his room.

The comedian was pronounced dead at the scene. Saget’s cause of death has yet to be revealed.

The former “America’s Funniest Home Videos” host had been on a standup comedy tour and performed a show in Jacksonville, Fla., on Saturday night before his passing.

“Thanks again to @RealTimWilkins for opening. I had no idea I did a 2 hr set tonight. I’m happily addicted again to this s–t. Check http://BobSaget.com for my dates in 2022.”