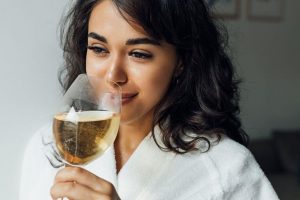 Drinking just one alcoholic drink a day can reduce their size, while Covid can cause it to happen too.

And working shifts rather than a nine-to-five job blunts people’s brains too, boffins warned.

The triple whammy of bad news was delivered in three separate studies.

In the first one, researchers found even moderate drinking – from one or two beers or glasses of wine a day – is linked to reductions in overall brain volume.

Remi Daviet, of the University of Wisconsin-Madison in the US, said: “It gets worse the more you drink.”

It raises the terrifying prospect of tipple-lovers being reduced into Homer Simpsons unless they cut down on the booze.

The more alcohol units people drank each day, the greater the ageing effects on the brain, the University of Pennsylvania experts said.

One or two drops a day was associated with changes in the brain equivalent to ageing two years.

The difference between zero and four drinks per day is equivalent to more than a decade of brain ageing, according to the findings in the journal Nature Communications.

Meanwhile, an Oxford University study found Covid can cause memory loss and damage the sense of smell, with brain size shrinking on average between 0.2% and 2%.

Even mild cases caused a “worsening” of brain power responsible for focus and organising.

The team said: “There is strong evidence for brain-related abnormalities in Covid-19.”

And another study warned of the impact of shift work on brain functions.

In the UK, around 14% of people are shift workers, equivalent to four million people.

But workers who clock in and out struggle to stay sharp and focused, which could lead them to make mistakes and hurt themselves, scientists said in the BMJ.

Author Professor Alfred Barth, at the Sigmund Freud Private University Linz in Austria, warned it “might play an important role regarding work-related injuries and errors, with implications for workplace health and safety”.