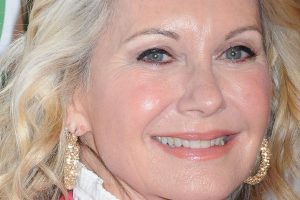 The actress, who was propelled to fame for her role in Grease, battled breast cancer on and off for 30 years until the disease cruelly took her life.

Her husband, John Easterling, announced via her official Facebook page that Olivia had passed away peacefully at her Southern California ranch in the early hours of Monday.

Olivia had battled with breast cancer on and off since her first diagnosis in 1992. Following that she was told it had come back in 2013 and again in 2017 where the disease had reportedly “spread to her bones”.

Breast cancer is the most common type of cancer in the UK, according to theNHS.

Most women diagnosed with breast cancer are over the age of 50, but younger women can also get breast cancer. Olivia was in her early 40s when she was first diagnosed in 1992.

The NHS explains that there are many symptoms of breast cancer, but the “first noticeable symptom is usually a lump or area of thickened breast tissue”.

Checking your breasts yourself is recommended by experts, though it “isn't always a reliable way to detect breast cancer”.

MayoClinicsuggests beginning the self examination by standing shirtless and braless in front of a mirror with your arms at your sides.

They say while facing forward look for puckering, dimpling, or changes in size, shape or symmetry and check to see if your nipples are turned in (inverted).

Next its recommended you inspect your breasts with your hands pressed down on your hips.

Inspect your breasts with your arms raised overhead and the palms of your hands pressed together and then lift your breasts to see if ridges along the bottom are symmetrical.

They add: “Use a methodical technique to ensure you examine your entire breast. For instance, imagine the face of a clock over your breast or the slices of a pie.

The publication adds that the look and feel of your breasts will change as you age.