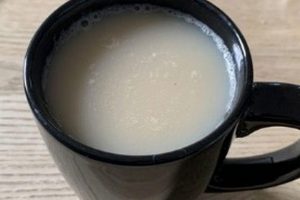 It’s no surprise that Brits are very proud of their love of tea – so often get defensive about how it should be made.

The common way to make a cup of brew is teabag, hot water then milk (and sugar if you are that way inclined).

Although that is agreed upon most of the time, the strength of a cuppa is a much debated subject.

And, this very milky tea has caused quite the uproar.

So much so that these bunch of Brits have branded the weak cuppa “murky water” and have even gone as far as calling it a “criminal offence".

In a tweet posted by account @NocontextBrits, a snap of a very watery and pale looking tea was shared.

The monstrosity (to some) was made in black mug and was rested on a wooden table ready to be consumed by the unlucky – or lucky – hot beverage drinker.

Judging by the comments, it seems like many other Brits agree about the status of the controversial cup of tea.

One person slammed: “Anyone who drinks this hot nonsense deserves this every time, coffee all the way.”

Another user added: “When your kid offers to make you a cup of tea and wafts the teabag across the top of the water.”

While a third person voiced: “That's not tea, it's murky water.”

Someone else jibed: “If you like your tea like this can u do us all a favour and never drink tea again.”

Meanwhile, a fifth person confessed: “I do this sometimes to people I don’t like so they don’t ask again.”